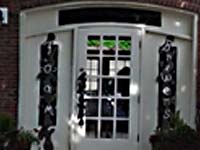 Rated by Unitspin from Massachusetts

3.19/5  rDev -27%
vibe: 3 | quality: 4 | service: 2 | selection: 3.5
I didn't really like the vibe at Foam--although it's nestled in a fairly beautiful location, as far as the bay is concerned--it was quite busy for a drizzly Thursday afternoon on or near a college campus, and they didn't really seem to care one way or another that they were getting business.

Ordering went fine, despite the overhead digital menu's font being a little difficult to read, but the bartender grabbed both of our glasses by the lip, just after she coughed right into her hand, unmasked. I mean, what kind of bartender does either, let alone both? Considering we're in Vermont, where most people were wearing masks without even being told to, I found that particularly unreal. If I don't have the -vid by the end of this trip, I'd be surprised, but at least the vessels imminently contained alcohol.

Speaking of, the beer, too, was a little less enjoyable than so many make it out to be. It was fine, largely dominated by juicy but oddly toasty and nutty NEIPAs, but I actually enjoyed the Oktoberfest-ish beer the most. However, the menu didn't really describe what was in it, but I have a feeling there might have been some sort of squash. Either way, they're playing a little too coy with things like that for my liking.

While it wasn't a terrible experience, I just didn't feel like hanging around for very long, especially after reaching such exceptional heights at Lawson's prior to, so we didn't get any food.

The food consisted of various cold appetizers. The charcuterie and fromage tray was very good.

If you are an IPA fan, this may be you're version of Heaven.

Reviewed by erosier from Connecticut

4.13/5  rDev -5.5%
vibe: 4.25 | quality: 4.5 | service: 4 | selection: 3.75
Great spot in the north section of Burlington near the bike trail and the skate park. The atmosphere is full of mostly younger beer drinkers which is excellent for continuing the craft! They had a decent food truck the day I went with some snack items you can get at the bar. The beers were excellent, mainly IPAs as is the craze these days but they had some nice very clean lagers as well. The service was good, the waitstaff was courteous and the vibe was really cool. The bar itself was unique with what looked like Nickelodeon gak splats all over it that glowed. Definitely worth a visit if you're in the area or passing through!
Aug 07, 2021

Reviewed by ClubFt from New York

Reviewed by Samdaddy from Massachusetts

4.48/5  rDev +2.5%
vibe: 4.75 | quality: 4.75 | service: 4.25 | selection: 4.25
Beautiful location basically right on the lake close to down town Burlington. 2 outdoor seating areas, one in the back and one in the front (lake side) with seating options inside. The lay out of the place has a both 'old school' feel to while also showcasing more modern artwork and decorations. The outdoor seating on the lake side is plentiful and very scenic especially in the summer. Service was pretty straight forward, you go up to the bar and order your drinks and food if you want. Nothing fancy there. Selection was predominantly New England style IPAs with a couple of sours and a stout in there (there was probably 10-15 beers on draft available). The bar for the outdoor patio does serve some different beers than the bar inside so you want to check availability of beer at both. I didn't get any food while there so no comment on that.

Overall, this is one of the nicest locations for a brewery with beautiful outdoor scenery (with plenty of seating) and very good offerings in the NE IPA style. I will definitely look to come back here again.

4.57/5  rDev +4.6%
vibe: 4.5 | quality: 4.5 | service: 4.5 | selection: 4.75
A fairly small, nicely decorated taproom/package shop in a nice location close to the lake. They have their beers on tap and in cans, etc. as well as some outdoor seating, shirts and what have you and all the other accoutrements one would expect from a newer taproom on a place like Burlington making good beer. Everything is just so and despite the fact that I was there on a day when they were having an event that made it much less comfortable/welcoming than it ordinarily would be, I liked it and hope to come back in the future.
Aug 18, 2019

Reviewed by colby600 from Connecticut

4.53/5  rDev +3.7%
vibe: 4.75 | quality: 4.5 | service: 4.5 | selection: 4.5
First stop on Vermont Beer Safari. Easy to find ad park... looking out at Lake Champlain. Really cool modern interior. Big beautiful bar; plenty of tables; live music/DJ set up. Nice little swag area. Good lively local / college crowd. But also everyone seemed beer knowledgeable. Place felt young; vibrant and very friendly. Servers (Jackson in particular) were great; helpful and had great beer advice. Good ops to try multiple beers side by side to guide choices. Was even able to split a 16oz can of Bonus Track 10 (not available that night on draft) with others at bar so all could each try a good 3oz pour. Lot of fun; and made our part of the bar a blast. Everything and everyone seemed proud of the beers but also that all had fun while trying many beers. Just a great place.
May 22, 2019
Rated: 4.74 by Simon212 from Canada (ON)

4.42/5  rDev +1.1%
vibe: 4.5 | quality: 4.25 | service: 4.5 | selection: 4.5
Foam is tucked back in the opposite corner of where the Skinny Pancake is in Burlington. The building is really nice on the inside and out. The had a good assortment of beers on tap. The service was very good. They had some live musical entertainment that wasn't deafeningly loud but sounded just right for the size of their taproom. It's a cool spot though and I would gladly go back in the future.
Feb 03, 2019
Rated: 4.35 by oldmankoch from Tennessee

By the waterfront in downtown, very pleasant atmosphere both inside and in the outdoor space.

Most importantly this place is cranking out the most fresh/tasty/interesting brews in town. On tap and in cans to go.

Well worth a visit if you are visiting or a local ...no time for me to check out the food