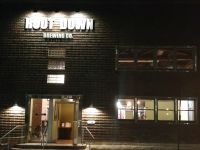 Tried five beers and they were all really solid. Best I've had in town.

4.5/5  rDev +5.6%
vibe: 4.5 | quality: 4.5 | service: 4.5 | selection: 4.5
I will be going back to this brewery. They make top-notch beer here. A couple of weeks ago when my girlfriend and I were there I tried the following, Gary Jarcia, a hazy IPA at 6.2% and it was very good, I'm sure I would rate it a 4.25, but is not on the list (sorry I do not have time right now to enter it). The other one that caught my attention that day was called Sun Worshiper, a hazy pale ale for a change, at 5%. Very nice! It's a straightforward place, they don't do flights, but you just ask for a free taste, which is the best way, then they just pour you a pint which I believe was a reasonable price of like seven bucks. Phoenixville is already a fun place to visit, but now with this brewery here, I will surely be taking my husband there as soon as he can get away! (Did not eat there so cannot comment on the food).
Jul 01, 2021

Reviewed by JRybacki from Pennsylvania

4.13/5  rDev -3.1%
vibe: 4 | quality: 4 | service: 4 | selection: 4.5 | food: 4
As stated below, Root Down is probably the best brewery in Phoenixville, PA. I was just at their biergarten behind Uncle B's Restaurant with my beer drinkers' circle and it's a great setting with a nice, relaxed vibe. We ended up at their main location to end the evening- the Crispy Boy American Pilsner and Baltic Porter were especially good. I live about 15 min from Phoenixville and this brewery is a regular stop. This is a must go for beer lovers everywhere.
Sep 21, 2020

Reviewed by Chad_Rider from Rhode Island

4.26/5  rDev 0%
vibe: 4 | quality: 4.25 | service: 4.25 | selection: 4.5 | food: 4
The best of Phoenixville, and that is saying a lot! It starts with the beer and everything I had I liked and some of it I loved. The Berliner Weisse was amazing, my wife's Bine was really good. The Pils was great. Two Roots was yummy and sessionable. We didn't eat, but it was clear that the folks we were standing next to loved the food. The bartenders were fantastic. GREAT PLACE go here!
Mar 06, 2019

Reviewed by thelung from Pennsylvania

Huge old warehouse vibe with a very long bar and many tables, lots of seating. Plenty of TVs which is nice for watching sports.

Food was good. The menu was better than I thought it was going to be. We ordered 4 things from the menu..spicy califlower bites with a delicious peanut sauce, the shrimp and salmon burger, the pretzels and the pork tacos. For a small food menu it was slightly more creative then most. There was variety and healthier options. The meat tacos could use maybe some corn and black beans but thats just my opinion.

Reviewed by 322wingedfoot from Pennsylvania

4.18/5  rDev -1.9%
vibe: 4 | quality: 4.25 | service: 4 | selection: 4.5 | food: 3.75
Visited on a Saturday evening. Lots of people including families & kids. Tap list was extensive; 15 beers and one cider. Lots of different styles including three col labs (with Stickman Brews, Tired Hands, and "a guy named Ben"). We sampled 6 and all were good to excellent. Food menu was less extensive than posted on their website as the smoker is not in service in the winter. Great place & we look forward to our next visit.
Feb 11, 2018
Rated: 4.49 by GreenMind from Pennsylvania

4.03/5  rDev -5.4%
vibe: 4 | quality: 4 | service: 3.75 | selection: 4.25 | food: 4.25
This place was larger inside than I expected. It's a very long building. Up front there is a long bar and some table seating that has the decor of a modern rustic bar/restaurant. Then further back there is a kitchen counter a large industrial type space with more tables and some arcade games and pin ball machines. The walls are covered in graffiti art. Service was okay - there were some roaming servers that would take drink orders in addition to ordering at the bar.

The beer list is available in 5 oz, 10 oz , or 16 oz pours, except for some of the higher ABV beers in only 5 or 10 oz. The beer list was somewhat varied, but heavy on IPAs. I had a Pale Ale, IPA, and Imp Stout that were all good.

The food you order at the counter and it's delivered to your table. Most of the items are based from either pulled pork or pulled chicken BBQ. We ordered the Philly Pork sandwich and the Buffalo Chicken Cheesesteak and both were very good.

4.01/5  rDev -5.9%
vibe: 4 | quality: 4.25 | service: 3.75 | selection: 4
Root Down is a fairly new brewery just off of Phoenixville's burgeoning Bridge Street, and with Iron Hill and Stable 12 acting as anchors on each end of the street, it's now become a little bit of a destination spot for craft brewer lovers.

The first thing you should notice is the exterior of the building. I'm not sure what the business was, or when it was built, but someone put a lot of effort into creating an interesting piece of architecture. Once inside it's a long open space with the bar to the left and the brewery behind it, and more space further down. There's some graffiti art that they've added, but the old elements of the building seem more interesting to me.

There are up to 15 beers on tap as well as cider and wine options. The beers are fairly varied, offering pilsners, wheats, pale ales, IPAs, saisons, and darker beers. I've always been impressed by their selection, and never disappointed. They also offer their beers in three different sizes which is great if you want to taste a few, and most full pints are $6 which isn't too bad these days.

They also offer food although I can't speak for it as I've never eaten while there, but I have smelled the beautiful aromatics coming from the smokehouse! Rather than try to go through the menu and describe it I'll just give you some examples: Biscuits & Butter ($6), Hummus w/ celery, carrots, and chips ($9), Bratwurst w/ sauerkraut ($9.50), Veggie Wrap ($9), 1# Pulled Pork Meat Platter ($13.75), Pulled Pork Sandwich ($8), Pulled Chicken Taco ($6.50).

Overall it's a pleasant stop with some decent beers and seemingly good 'Southern-ish' food.