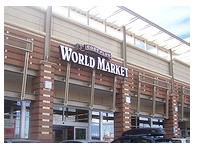 The best thing I can say about this store - my best experience - was they one time had some German beer mis-marked. I wasn't sure about it, but it seemed like a value (I can't remember what it was). I bought two sixes, had some, loved it, went back to buy more but the price was several dollars higher.

Not really the best store for beer lovers.

4/5  rDev +19.4%
Just went to this place today so it is fresh in my mind. This is located between Michael's craft store and Linen's & Things in a strip mall with Best Buy and other "big box" stores.

Quality. Quite good for a place which has furniture, wine, decorative stuff in addition to beer. It is well organized and my favorite part is the encouragement to "make your own six pack."

Service. I am sure that it would be just fine if I needed/wanted it but I did not.

Selection. Duvel gift pack with Duvel glass inside, Unibrouqe well represented, Bell's with at least 2 different sixers, Anchor Brewing has 3 styles there, Sierra Nevada with 4 to 5 styles, Brewery Ommengang (a big display with Chocolate Indulgence featured), New Holland from nearby Michigan, at least 3 different Frambios beers including the most popular Lambic, English and Irish beers. The "make your own six pack" area has about 100 beers in single bottles and they are not crappy beers. Many of the ones mentioned above can be found there. Again, I think a great selection for a store with so many other distractions. The wine is the bigger focus here and there was a wine and chocolate tasting going on in store today during my visit. Additionally, they have many "world beer" mix packs which are cool. The one in store today was "world beer 10." Maybe that means that this is the 10th of a series of such packs? If so, very cool.