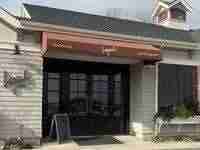 5/5  rDev +17.1%
vibe: 5 | quality: 5 | service: 5 | selection: 5 | food: 5
Great spot. Was my local when I lived out east. Food is excellent, service amazing, if the bartender Tim is still out there he is worth the visit in itself. Owner Denis is often sitting at the bar. The beer selection ranges from the best IPAs and specialities breweries have to offer. A trip to the North Fork isn't complete with out a stop here.
May 08, 2015
More User Ratings:

Legends has quite a range of beer offerings from local craft beers, through domestic craft, various imports, and domestic lagers. That said, at one time, Legends sported a far more extensive beer list, which has been pared back over time.

In the summer, the bar can be hopping and the restaurant can have a lengthy wait time. During other times of the year, the atmosphere is low key, the service attentive and the food absolutely delicious. That said, be prepared, you will pay a premium for all of the above, but once in a while, it makes it worth splurging.

Reviewed by RiverheadBev from New York

4.4/5  rDev +3%
vibe: 4 | quality: 4.5 | service: 4 | selection: 5 | food: 4
One of my favorite places to watch a game. They've got 10+ taps with a nice, everchanging mix of crafts and imports, not to mention their double-sided beer menu that includes the best of the best microbrews and some rarely found oddities (Ed's Cave Creek Chili to name one). Though the prices on bottled beers can be steep, I feel as though the selection and food menu make up for it. Get the Mike's Calamari and the ribeye. The food's always good, and they've always got a varying selection of brew styles on tap to accompany your meal.
Dec 19, 2010

Reviewed by plaid75 from New York

3.93/5  rDev -8%
vibe: 4 | quality: 3.5 | service: 4.5 | selection: 4 | food: 3.5
Located relatively far off the beaten path (if you think you took a wrong turn, be patient) in the former whaling village of New Suffolk, located on the Peconic Bay. Actually the country's first submarine station was established not far from the bar.

Upon entering the building, you can either turn left to the formal dining room, or right into the bar area. The bar area featues about 15 dining tables at ground level, and a long square elevated bar.

The tap list included Blue Point Oatmeal Stout cask, Blue Point Pale Ale cask, SNPA, Blue Point Toasted Lager, Goose Island Honkers Ale, Hoeggarden, Blue Moon, Guinness, Bass, Harpoon IPA (which was a bit "tired") and a few seasonal selections. The bottle list was extensive, but the Anchor Porter we ordered was well past its enjoyment date. Happily however, the friendly barmaid took the beer back and removed it from the bill. The food was a bit underwhelming, as there apparently was a menu change. No longer can you fing the exotic entrees such as boar and ostrich. Oh well. A burger for me I guess.

Reviewed by albern from Massachusetts

3.8/5  rDev -11%
vibe: 4 | quality: 3.5 | service: 3.5 | selection: 4.5 | food: 3.5
Read the previous two reviewers because they hit on all the details that don't bear repeating. A few disjointed things I will add about the place to round out the review: The food in Legends isn't all that great, it's okay and that is all I will say about it. The location is terrible in that there is zero else around. This town used to be an old whaling station and there is really no town of New Suffolk to speak of. I guess the whalers didn't put down the civic roots that we would come to expect. Greenport is much more interesting and a worthwhile destination. This is one of the few places that carry Austrian beer on the menu. Good for them. On the North Fork east of Riverhead, this establishment has more beers on tap than any other. Not a bad place, decent ambiance, but it would have done much better if is were located in Greenport, Sag Harbor, or even Southold. New Suffolk did you say?

Re-review November 2008: the food was much better this time around. I had the Eggenberg Urbock from Austria. What a great beer. They have about 200 beers on the menu, with 7-8 on tap. I had the clam chowder, which was very good, but spicy. I'm knocking the food up a point, but knocking the value down a point since the prices have gotten steeper.

Reviewed by lehows from New York

4.22/5  rDev -1.2%
vibe: 4.5 | quality: 4 | service: 4.5 | selection: 4 | food: 4.5
Located in New Suffolk, a bit off the beaten path, but certainly not difficult to get to. Take New Suffolk Ave. from Rt. 25 to the end, bang a left and youre there. It's directly across from a boatyard on the bay. When you walk in, the more-upscale restaurant part is to your left, and the bar and pub room is to your right. Very lodge-like with lots of wood, and a stone fireplace. Quite cozy in here, it definitely has great atmosphere and there are good tunes playing. A ridiculous amount of TV's are mounted around the 3 sided-square bar. A lot of classic sports memorabilia, but as slander said, it's done tastefully. Old football gear, baseball mits, and even an old pair of wooden skis among other stuff hang from the walls and ceiling. 16 taps that are somewhat unimpressive but solid, Pilsner Urquell, Magic Hat #9, Spaten Bock, Blue Point Toasted and Blueberry, among others. The bottle list however is quite impressive with over 200, too many to list here. The website is fairly updated now to give you an idea. Very helpful staff and nice girls working, they seemed pretty familiar with all the brews. Only complaint would be my buddy ordered a Red Hook ESB that was born on 3/26/03...that's 4 years old, but stuff like that is bound to happen at a place that offers over 200 bottles beers. The pizzas here are great, and the full-on restaurant part next door is awesome. Definitely a place worth checking out, great atmosphere, good brews, and a key place to bring friends.
Mar 03, 2007

4.05/5  rDev -5.2%
vibe: 4.5 | quality: 4 | service: 4 | selection: 4 | food: 4
I was working out of Quogue, that's east end (dirty) Long Island, and was pokin' around the 'puter looking for "points of interest" when I came across "Legends" in "New Suffolk". Located about a half hour East of Riverhead, I had to put my nose to the Eastern Suffolk County Hagstrom map in my Long Island office to find this one. Click on the "View Map" button above and have a look at where this one is. It's out there.
Their beer menu reads, "Connosisseurs of Strange Brews... 35 Countries, over 200 Beers, 4 Ciders, Low Carbohydrate" (I just added the website link so you can see the list, or at least, an older outdated list but you can get an idea of what's what). Rather inviting, wouldn't you say? Took me some doing but I found it... It's located on the South shore of the North fork. There was something shimmering and shiny across the street, it was the Great Peconic Bay.
It's a nice little restaurant on one side and a bar on the other. The bar side is somewhat remniscent of a ski chalet, kind of A frame-ish. There's an elevated U shaped bar with tables running the perimeter and in a separate seating area below. They've got a fireplace on one wall and TV's suspended from the ceiling all over the place for Keno, sports and news (I was watching some strange interview with David Byrne, same as it ever was). On the walls here and there they've got framed baseball, football and basketball jerseys and they've got a great collection of sporting equipment suspended from the ceiling along the 2 major I-beams. Everything from an old worn baseball mitt, hockey stick and football helmet to cross country skis but it's really warm and comfortable and not stupidly sports bar, you'd just have to see it to understand. Service was pleasant and friendly and they had a good bar menu, I had a great burger.
Now, to the beer. They've got 15 taps (2 Paulaners, Guinness, Harp, Bass, Sierra Nevada Pale Ale, Pilsner Urquell, Blue Point Winter, and some macros). The beer menu houses 200 beers, ciders and some malternatives, broken out by country. The largest group is USA, representing mostly the standard micros (Anchor, Brooklyn, New Amsterdam, Pete's, Sam Adams, Saranac, Sierra Nevada) and a handful of not so standards (Grant's, Geary's, Blue Moon, Dixie Blackened Vodoo). There are some aged entries on this list (Oregon India Pale Ale, Grant's Celtic Ale, Pete's Bohemian Pilsner, New Amsterdam Winter Anniversary) but I don't think it's been updated as of late. They've got a large collection of German bottles, and collectively 2 dozen Belgians and English bottles and a good few from Scotland, Canada, Holland, Ireland, Czech Republic, Mexico, and then a beer or two from Austria, Japan, India, France, Trinidad, Poland, Norway, Denmark, Australia and on and on and on.
Certainly worth just driving East 'til you get there...