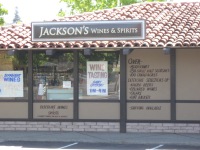 2.86/5  rDev -26.1%
vibe: 3 | quality: 3 | service: 2.5 | selection: 3
Monument in Concord's "sister store." While Monument has an amazing and huge selection of beer, this store has an "adequate" selection. This store focuses much more on wine and spirits that Monument. No one approached me at all to even ask if I needed help which was a bit strange to me. Beers are nicely displayed and primarily in coolers (unlike Monument which does have coolers but has a huge selection on the floor, as well). This is not one to drive out of your way for. Decent selection but nothing special.
Oct 20, 2011

Reviewed by juderaven1 from California

1.83/5  rDev -52.7%
vibe: 1 | quality: 1 | service: 1 | selection: 4
I have been (until now) a longtime, loyal customer of this store. Today I was told by an employee that he was reprimanded by the owner for carrying a bag of 4 bottles (a party order) to my car for me, because it wasn't a case. I am 58 and have severe rheumatoid arthritis - I can barely carry a purse. My mother, who was with me, is 84 but more capable physically than I am.I spoke very highly of Jackson's to her - and now I feel like an idiot. From now on, I will take my business ANYWHERE BUT JACKSON'S.
Sep 24, 2011

Reviewed by NorCalgrowler from California

4.14/5  rDev +7%
vibe: 4 | quality: 4 | service: 4 | selection: 4.5
Jackson Wines is a great liquor store in Lafayette, CA. They definitely concentrate on wines but have an excellent spirit selection also. I wouldnt say their beer selection is lacking by any means, but it is also not at the level of their sister store (Monument). Though much much more organized that the other for sure. I found a couple of bottles of Vertical Epic 07 the last time I was there (several months ago, but still 2011!!). They recommended some great champagne for my wife's Mimosas which I ended up buying. Super clean, great city also to spend a few hours in.
May 06, 2011

Reviewed by Rgingerelli from California

5/5  rDev +29.2%
I just found this place, hard to believe cause I live near it. There beer selection is great and they always have my two favorite breweries special releases. I had a hard time finding Lagunitas' Little Sumpin' Sumpin' ale recently and they had a ton of it and it was cheaper then another place the I ended up finding it. Best of all the carry Russian River brewing's Pliny the Elder which if you haven't tried it and like double IPAs it's a must try brew. Servicemis great, selection is great and the prices are very reasonable.
Aug 13, 2010

Reviewed by mjl21 from California

4/5  rDev +3.4%
I could have sworn I reviewed this place some months back. Apparently it is gone so I'll try this again. Jackson's is a nice liquor store located in the heart of downtown Lafayette. It is located in a big strip mall and has ample parking. This is a sister store to Monument Wine in Concord, although this location has more wine than beer. I actually found out about Monument from an the employees at this store. I bought most of my RR 'tion beers here for a long time.

The beer is located in a few coolers in the back part of the store. The coolers are a mix of macros and micros. They have a small selection compared to Monument, but you can always find something good. They always have a few good ones from the predominant West Coast breweries. Expect to find Russian River; Marin; Moylans; Alaskan; Port/Lost Abbey; Stone; and a decent selection of Belgians. Prices are usually very good.

I can't speak to the beer knowledge of the employees, but the guys that work there are extremely nice. I find them to be more jovial than most of the staff at Monument.

If you have the time, I suggest hitting Monument, but this isn't a bad place if you are criss-crossing Highway 24.

Reviewed by ThreeWiseMen from California

4.2/5  rDev +8.5%
Stopped by this place the other day on my way up to Chico. I've driven past it several times before (my best friend used to go to school in Moraga), but this was the first time I've stopped to check it out.

This is definitely a wine store first, beer and liquor store second. Wine everywhere! Beer selection is decently sized, and can be found along the back wall. Most of the beer is kept in the wall coolers, with the rest being stacked just across from it. The selection included a lot of the best Californian micro-breweries: Russian River, Port Brewing, Lost Abbey, AleSmith, Stone; as well as some other semi-rare goodies: HotD Adam./Fred, Elysian Immortal IPA, and others that I'm having trouble remembering. Jackson's doesn't have anything that's too hard to obtain (though they did have Damnation 23 when I was in there), but the selection is definitely solid.

After a ten minutes or so of perusing, the cashier asked me if there was anything particular that I was looking for. He then informed me that their sister store, Monument Liquors in Concord, had a much larger beer selection. "We're more geared toward wine." He told me a bit more about Monument and suggested that I check it out. Thanks to him, I probably will check it out the next time I'm in the area.

All in all, Jackson's Wines & Spirits is a pretty cool place. If you're in the area of Lafayette/Moraga/Orinda, I'd suggest Moraga Wine & Spirits first (more rare finds), and this place a close second.

Also worth mentioning, they split up a lot of their six packs and sell them as singles. The singles are damn cheap too!

Reviewed by willjschmidt from California

4.35/5  rDev +12.4%
An absolute gem for a small town in the suburbs. An excellent selection of imported Belgians as well as a very nice selection of American craft brews. I've seen most of their stuff before but not in a nondescript liquor store out here in the exurbs. I picked up a bottle of St. Bernardus 12 Special 60th Anniversary Edition. Not the best beer store you'll find but a very, very good one given the location. Definitley worth a stop if you're in the area or if you live in this part of Contra Costa County.
Apr 15, 2007

Reviewed by CraftBC from California

3.7/5  rDev -4.4%
A sister establishment of Monument in Concord, Jackson has a smaller (but still very good) beer selection of about 165 craft beers and another 40 or so mass-market beers. And like its sister, all beers are kept cold and the keen pricing beats even BevMo. While Id make Monument my primary stop in Contra Costa County, Jackson stocks a good variety of beers including De Dolle Dulle Teve, Watou Triple, Moylans Hopsickle Imperial IPA, Flying Dog Gonzo Imperial Porter, Stone Smoked Porter and many competitively-priced six-packs from West Coast micros. If you live in the area, youre lucky. If youre on the other side of the tunnel, youre probably better off visiting Ledgers in Berkeley for a more eclectic selection.
Feb 08, 2007

Reviewed by stephendr from California

4/5  rDev +3.4%
Good variety of microbrews, imported, Belgians and other rare beer finds. In the last month I have seen beers like Westvleteren Extra 8, Fantôme (Four of the Trappist brewery - missing Achel and Westvleteren 12) and a weird variety of specialty micro brews too numerous too mention. They carry a different variety of microbrews, in that the whole line of Anderson Valley but only one Russian Rivers. They Excellent assortment of high end cigars, with specialty spirits and a ridiculous wine selection- a store perfect for the cork dork as well as the beer geek. They sell singles out of the six pack.
Jul 30, 2006

Reviewed by TurdFurgison from Ohio

4.55/5  rDev +17.6%
Found this place on Beer Advocate before coming to the area on business. The previous ratings were correct in general, but I think the selection was good even forgetting about Westvleteren. Westvleteren 8 was in stock at $6.99 per bottle, but the 12 was unavailable. I'll be back anytime I'm in town to check again...

The selection of micros and Belgians was very good, and worth stopping for. I'm happy I did.

The town is very nice, but kind of far from the cities. Worth the trip for the Westveleteren if they have it in stock though.

Reviewed by GeoffFromSJ from New Jersey

3.7/5  rDev -4.4%
This place is known for having quite a good wine selection and knowledge. For us, it has an ample supply of Westy 12 and 8. It also has some St. B 12 at a decent price, so you can do a vertical tasting between the two.

Selection, beyond those is just alright. Some Stone, decent Belgians like Saison Dupont, and West Coast micros. Most of the West Coast micros can be found elsewhere. But not enough to impress. But an ample and well-handled supply of Westy 12 and 8 does impress.

All beer in the walk-in cooler. Come to stock up on Westy.

Reviewed by BrewMaster from California

3.7/5  rDev -4.4%
I visited this out of the way liquor store to pick up some Westy 12 and 8. The selection is decent, about 5 refrigerator cases of beer. They indeed had the Westy 12 for $8.99 and the Westy 8 for $6.99 but these bottles had labels on them for California resale, unlike the bottles that comes from the brewery without the label. Most of the bottles were kept refrigerated. There were some Westy 8s and Rochfort 8s out of a fridge on display. Aside from their selection of Westys and Rochforts, there's nothing really special about their selection. Standard stuff for any Bay Area beer shop.

The service was OK but not great. One young kid asked us if we needed help finding anything but I had already found what I had come for. When I asked the cashier, an older man, if they get any Westy Blone in he gave me a short and pat answer that was kind of rude. I don't think he was the beer expert their since he kept asking another guy the prices on each brew.

All in all, this place serves its purpose selling Westy, but without that I probably would never visit again.

Reviewed by lou91 from California

3.7/5  rDev -4.4%
The past two reviews capture this place perfectly. This is the motherlode to pick up the #1 beer on BA: Trappist Westvleteren 12 (Yellow Cap) for 6.99. They had plenty of the 12 and the 8. The also had St Bernardes Apt 12 for 3.99 and the Rochefort 10 for 4.99. A great place to stock up on these classics. Another plus is they have plenty of singles to sample and some leftovers like anchor xmas. They also have some Sacramento Brewing beers but nothing outstanding from the big boys like Stone. The place in Concord is called Monument Wine and Spirits and identical.
Mar 24, 2005

Reviewed by axisjones from California

4.05/5  rDev +4.7%
I came to this store to find one beer, and boy howdy did they have a large stock of it. We all know what this beer is because it has become almost mythical in the world of beer. In addition to the westy 12 and 8, they had a decent belgian selection, including rochefort, orval, westmalle, and lindemans, all at very good prices. their domestic craft selection was good, not great. If you live in the bay area, you have so many options. The bottomline is that you come to jackson for one or two beers, and they definitely deliver.
Nov 01, 2004
Jackson's Wine & Spirits in Lafayette, CA
Place rating: 3.87 out of 5 with 19 ratings