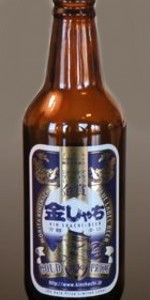 Notes:
View: Beers
Reviews: 4 | Ratings: 6 | Log in to view all ratings and sort

A- Pours a clear yellow color. One and a half figner white head that shows low retention. Some light streaks of lace on the sides of the glass.

S- This one is very earthy smelling to say the least. Dirty hops with some caramel sweetness and a low lying level of corn makes up most of the aroma. Light skunked aroma which isn't off putting at all. It enhances the overall aroma I would say.

T- This one doesn't drink like I thought it would. More saison like flavors than anything. Earthy hops in the front mix with a semi-sweet toffee like malt with maybe a hint of crystal malt. There was some grassy notes to this one as well with a hint of grainy flavor. Ending was more grassy hops.

M- Light mouthfeel. Carbonation is higher than what it should be I feel. Grassy overtones left on the palate. Aftertaste is light alcohol, grassy hops, and light malts. Flavors were put together well but it drank not like German Pilsner. No off flavors at all actually which I expected some. Light drying on the palate from the alcohol.

D- This beer was good. To be honest to me it drank more like a saison than anything. The lower ABV makes it a perfect sixer drinker if you have the chance to get it..if it even does come in a sixer. Anyways, good drinkability and I think the overcarbonation issue was good for it.

If this stuff was what macrobreweries churned out as their standard lager, the world would be a better place. I've always had the word 'lager' mentally associated with blandness, even though I've had a few other pilsners to dispel that, and this is one of them. Surprisingly the taste is really mostly hop, which is something I tend to prefer.

I had 2 bottles, 1 had just passed the sell-by date, and one which was rather new- the older one was definitely skunked just a little (though they're dark bottles, it had been there a while) but while it was present in the scent, it wasn't so present in taste. The newer one smells just fine, and I could say that perhaps hop bite is just a little more present. Took a little bit off in the scent field for that skunkiness.

Given the style- I'd say this is a pretty good brew. Of course, it's way on the expensive side here, but it's better than Yebisu in the green cans (which is also a pils), and definitely rather more tasty than the bog standard Kirin or Super Dry.

Thanks to egajdzis for this...
Appears a pale light gold with a small white head that dies out quickly. Scattered lace is left around the glass.
Smell is of creamed corn, waxy cardboard, with light grass.
Taste is of corn, light toffee, sweet overkill of candied corns that you get at Halloween time.
Mouthfeel is sweet, bitter, and light bodied with a funky metallic bite.

i dont know the pilsener style that well, and i dont know much about land beer, one of my local breweries. but i know this is a decent beer, and i like it.

clear yellow, fizzy. head is friggin huge and white, sticks around for a minute. smells like doritos! hints of toasty corn chip.
wow this is a very bitter beer, definitely the most bitter japanese beer i've had the pleasure of drinking.

this is easily better than any j-macro, but at 400 yen, much more expensive. i like it, but for the same price i can get any unibroue beer delivered, i'll take the canadian belgians any day.


Kinshachi Blue Label from Land Beer
Beer rating: 3.46 out of 5 with 6 ratings