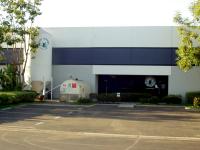 4.61/5  rDev +8.2%
vibe: 4.75 | quality: 4.75 | service: 4.75 | selection: 4.25
This is a seriously cool spot, even during a pandemic. Friendly folk working the counter. Great variety of beers from both sides of the house (American & European). Their Czech Pilsner was stellar. Even though it’s in a warehouse, it has that brewery vibe that you expect from a place of such high esteem. I didn’t try the food truck out front but it looked delicious and it’s nice that food is available to pair with delicious beer.
Jul 04, 2020
Rated: 4.5 by GRG1313 from California

4.05/5  rDev -4.9%
vibe: 3.75 | quality: 4.25 | service: 4 | selection: 4
this is the same facility as the lost abbey, they have a split menu here with selections from each spot, but the place is the same, and they appear to share brewing and fermenting equipment and space. i was a little less impressed with the selection of port beers than i was with the lost abbey list when we were here, they didnt have hardly anything outside of the standard offerings, i was thinking i might get to try some brewery only stuff, but it was slim pickings there, and the focus really seemed to be on the lost abbey stuff. its an airy and straightforward taproom, with some seats at the bar, some high top tables, and an open garage door letting in plenty of light, people mill about, dogs roam around, its mellow and simple. obviously the port brewing beers are fabulous, some really pillars in their respective styles, so it was cool to check out where they are made, but we drank mostly lost abbey stuff here due to the relative lack of new flavors to try from port, the balance was a little off, but its definitely worth a trip out here to check the place out. port beer stands as some of the best, especially their hoppy stuff! relaxed and high quality, decent service, fair prices.
Jun 24, 2018
Rated: 4.11 by epyon396 from Pennsylvania

Reviewed by LXIXME from New Mexico

Reviewed by ARoman from Illinois

4.11/5  rDev -3.5%
vibe: 4.25 | quality: 4.25 | service: 4 | selection: 4
*Based on notes from previous visit 2/2014*
As others have mentioned, it’s a brewery in an industrial park. I went on a cool, crisp February evening and I felt that this place was a grill short of a backyard party. Not much seating available, but a very chill atmosphere, friendly service that does a good job of keeping up with the crowds. There's a pretty good selection of taps between Port Brewing and Lost Abbey beers. It’s a shame that they keep fairly early hours, but $1 samples is pretty awesome.
Apr 09, 2015
Rated: 3.49 by italianstallion from Wisconsin