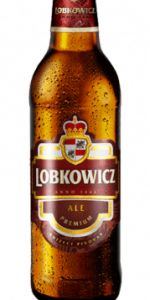 As an entry to ALE beers, it is fine, I guess. It is not great in any aspect and ends up slightly below average. The smell is more on the unpleasant side and bitterness is too overwhelming, like a very bitter grapefruit. On the other hand, the sweetnes is there and there is just enough of it.
The beer did make my evening better but I would not buy it again. One bottle was enough.

This is an exceptionally good American Pale Ale - from the Czech Republic. By this I do not mean that I have anytjing against Czech beers (on the contrary!) however when we talk about American Pale Ales, we usually mean the ones that were made in the US as standard.
Now this one easily meets those standards, if not even more. Beautiful golden amber color, intense hoppy-fruity smell and the taste is just amazing. Perhaps it is made with Cascade hops because it is quite similar to Sierra Nevada's classic Pale Ale. It is a re-interpretation of that same dream, in the same vein - and as it is a favorite of mine, I must admit that this Lobkowicz Premium Ale is an outstanding piece of Czech brewery. They are well known to brew peerless beers in this country and at their best they can easily brew closely as good as the American classics.
Hats off to this great American Ale, from the Czech!

Lobkowicz Premium Ale from Brewery Lobkowicz
Beer rating: 3.68 out of 5 with 4 ratings