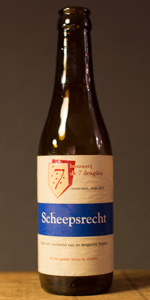 Rated by BJSmit from Netherlands

Feb 01, 2019
Rated: 2 by Dutchcraftbeergeek from Netherlands

Reviewed by jroof1 from Massachusetts

Reviewed by Ryanm1 from Pennsylvania

4.25/5  rDev +30%
look: 4.25 | smell: 4.25 | taste: 4.25 | feel: 4.25 | overall: 4.25
Ended up grabbing a bottle of this in the hotel lobby of La Boheme in Amsterdam . This was a quaint boutique hotel that only sold beer by this brewer in the lobby and Heineken or Amstel. This was no contest as I picked one of these brews. This brewery translates to the seven deadly virtues/vices and each beer is named after one . The one I picked out first was this one, the Triple. It was dark for a triple almost Amber in color served in a specified tulip/flute type glass which was 12oz. The beer I recall was excellent especially for the price in a bar. Said in the description to be spicy and contain spices from Eastern Holland. An awesome beer. Wish it was more well know. If the brewery stays open I think it'll be another 4-5 years before it ever makes it way to the states.
Dec 25, 2013
Scheeps + Recht from Brouwerij De 7 Deugden
Beer rating: 3.27 out of 5 with 8 ratings