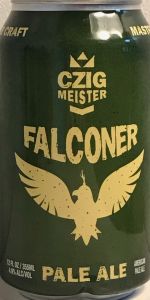 Pours a cloudy mustard yellow with a one finger head. Smell is mostly citrus and pine with some herbal notes. Taste follows with a mild sweetness. Not overly hoppy or bitter. Finishes on the dry side. Not bad.

Great beer- our only knock is that it drinks like a bigger IPA, bordering DIPA, as far as IBU is concerned. Vibrant, zesty, fluffy.

DATE: January 19, 2019... OCCASION: waiting for the snow storm to arrive--though the latest reports suggests more rain than snow... GLASSWARE: HopDevil nonick... pours an opaque, thick, sallow orange body, murky and without definition... its head settles swiftly to a sparse bubbly ring with some activity at its surface... a mild citric greeting in its aroma: light pine, orange, lemon, hay, and herb garden are welcoming but not dramatic... its entrance is sharper, slightly bitter, and punchy at the teeth... medium-bodied, it has a low end that remains long after it's gone and an odd, sudsy mouthfeel that's not quite bubbly... a simmering, easy-to drink ale with enough texture to be distinct, this works well for a 4.8% ABV in pint cans... strong lemon, grass and hay, toasted cracker, and herb garden are the demonstrative flavors of the profile... tea leaf also seems to float throughout the experience... I have found this beer a solid companion for a number of foods, and an accessible flagship for those stopping downtown H'town for a first visit...

reformulated version. I think they went the wrong way with it. hazy with lingering sweetness & too heavy. should have gone lighter & crisper off the palette. the abv is fine, but it's not an sessionable easy drinker for me. OK, but one & done.

Hard to believe that we have 40 breweries here in my home state now, but this was one of them that I had yet to have a beer from as 2016 drew to a close. This was on the PhD list for the fall and was one of the more odd beers that I've had as of late, as it was indeed an American Pale Ale but with Kolsch yeast, giving this beer a crisp and clean mouthfeel and a finish like a lager.

Typical pour for a beer to this - hazy, apricot, with a typical head and body for a beer of this style. Lots of floral notes and spice in the nose with even more in the taste. The Kolsch yeast kept this clean while the tangerine notes and biscuity malt gave this body and color. Really balanced, this beer had the hops and malt in good proportion, almost reminding me of a good Vienna Lager or California Common like Brooklyn Lager or Anchor Steam. The mild hops and earthy, citrus bitterness served as reminder of what this was, though the body and yeast nearly led me to believe otherwise.

The light amount of alcohol also reminded me that this could have been a lager as this was one of the few American Pale Ales that could also qualify as a session beer. Beers that straddle the line like this always intrigue me as they serve as reminders that ales and lagers don't have such a sharp dividing line between them. At the end of the day, this was a Pale Ale that wasn't hazy, waxy, or piney and could also finish heavier and fuller than a typical lager. Just like Sam Adams Boston Lager, I'd reach for this if nothing else was available at my nearest watering hole. Typical but just unique enough to stand out from the pack, even if it's not particularly outstanding.

Growler fill. Pours hazy, almost opaque. Medium strong hop aroma. So much so that I was expecting a sweeter taste. Instead, it has a pleasant citrus bitterness. A whole lot of interesting flavor for a 4.9% pale ale. Very easy to drink and enjoy especially on a hot summer day.