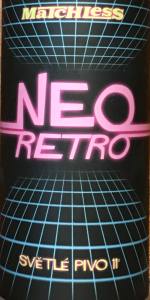 Beautiful golden yellow colour with a pillowy white head that swells to maybe two fingers before languidly settling down to clumpy piles. Sticky lacing. The body is not as crisp as I would like (nor, per my understanding, as the style would suggest). Kind of reminds me of a significantly less extreme example of the water that came out of the tap when I lived in the LA area... it looked white and kind of turbid.

Nose starts off sweet. bright honey leads with some bread/cookie/biscuit malts. At one point I could have been convinced of a touch of diacetyl, though that could easily be suggestion since they mention it on the can.

I'll be honest: I kind of shied away from this one, due in no small part to the mention of diacetyl on the can (and the extreme negative reaction of others here), but, while I wouldn't consider this to be great, it's not bad at all.
More of the biscuity malts and some thin sweet caramel before a big swell of earthy bitter hops take over. Finish gets a little round which again I could be convinced of diacetyl, but wouldn't pick it out without the suggestion from the can.

Crisp and drying finish with a lingering bitterness that seems way overblown for the style. Supportive carbonation feels appropriate, and a moderate body actually gives it some bend that I appreciate. Ultimately it's fine, but seems way overhopped for the style. I don't regret grabbing it, but probably won't feel the need to repeat.

No date on can but from other review sites it looks to be less than a month old when tried.

T: Tastes of grape must like a glass of white wine left out over night. Not that I've ever taken a sip of that.

F: Light to medium weight. Smooth I suppose - still hard to get down.

O: I could not finish this. I respect those who can.


Neo Retro from Matchless Brewing
Beer rating: 2.7 out of 5 with 2 ratings