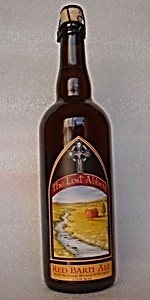 Notes: This Farmhouse Ale traces its roots to the small rustic breweries of Southern Belgium. The word Saison comes to us from the French language and it means Season. Lightly spiced with Organic Ginger, Orange Peels, Black Pepper and Grains of Paradise, this brew promises to quench your thirst on the hottest Southern California days or wherever your travels may take you.
View: More Beers | Place Reviews
Recent ratings and reviews. | Log in to view more ratings + sorting options.

Bubbly golden with a white head. Orange zest, dry earth, black pepper, crusty bread, barnyard funk, and general grain within the belgian yeastiness fill the nose. Taste sees that promised ginger add the tricky twist with a hint of lime too, orange zest benefits quite a bit from this development, orchard funk and esters are light but present. Feel is zesty and juicy up front for style before drying out with some rustic elements. An enjoyable twist on a classic

Look = hazy straw color - orange hue- crazy amounts of foam and great! head retention - almost like meringue
Smell = citrus and spice - ginger very faint
Taste = slight tartness upfront and then goes to fruit and spice - gets to a really sharp flavor almost like a strong ABV beer - but this is only 6.7% and not crazy high - tones down and more spices come through and a bit of funk
Feel = medium body but a bit lighter than expected
Overall = Very good and flavorful saison - i didn't get much ginger - I was hoping for more - but I would definitely buy this one again

Poured from a 750 ml bottle dated 8/2/17 into the test glass
A - Goldenrod colored backdrop with a slight haze, can not hide the very active carbonation. A towering cap of white loose knit froth resides as a statement through the experience.
S - White pepper, pineapple roasted, lemongrass, candied fruit buried in a musty handful of fresh earth.
T - Spicy tropical thread, with the focus on ginger, papaya, pineapple, lemon reduction. Nice variety with everyone getting along well.
M - Medium in body and a dominant prickly carbonation acting as the muscle in this experience. The start is semi sweet, then an ashen dry wave rolls through. Finish is delightfully dry with those spicy elements joining forces to linger a bit.
O - A very well executed, dusty, saison with a hint of mineral and fruit. As this bottle has some time on it, I am excited to find a fresh version to balance this experience against. Well worth effort to find and enjoy

Rarely do we find a true saison that executes the rusticity, the unrefinement, the organic nature of beer and also all the charm. Even more rarely do we find one of these fine examples rolling out of an American brewery. But that's exactly what the Lost Abbey has done.

Separating distinctly from the styles of tripel ale or strong golden ale, Red Barn pours with a hazy goldenrod appearance, topped with a rocky, billowing froth. Spicy on the nose, the beer's earthy and peppery scent is of dried citrus, white wine, exotic curry and a light soilish funk. Softly wheaten on the early palate, its sweetness is moderately light with a hint of honey, granola and light toast.

But the ale takes a decided farmhouse turn when the middle palate dissolves the sweetness with ease and the dried fruit flavors of orange peel, light lemon, grapefruit and papaya begin to play second fiddle to the blossoming spice. Peppercorn, perfume, ginger and hop spice adds a rye-like zing to the late palate which is also accompanied by a stern hop bitterness of lemongrass, hay and peppercorn of its own.

Medium light on the palate, the beer's nearly militant carbonation bounces off of the tongue to facilitate dryness and aromatics in the retro-olfactory senses, a light carbonic bite is lightly mineral-like and gives the beer a great sense of drinkability, digestibility and sangria-like refreshment. A medium length aftertaste is bitter with grapefruit peels and again a spicy grassiness.

Nice saison. Pours amber with decent white head. Classic funky barnyard yeast smell. His hints of citrus and maybe a bit of ginger. Overall not as funky as my favorite saisons but has a classic saison taste, very good.

Pours a bright yellow color and has a good 1/2" white head on it. Aroma of yeast.

Taste, yeah, its a yeasty saison for sure. A little bit of pepper, citrus, ginger. Reminiscient of Sofie from Goose Island. But much more expensive and less convenient format. Spice rack is in full effect, but thankfully nothing dominates too much. Could have been drier on the backend. Good breadiness, but a better version would have been toasty breadiness, this almost went into biere de garde territory.

This is a good saison that incorporates ginger well. The spices you expect to get are there, but they're not overpowering and they don't fight with each other to take center stage, so to speak. Red Barn Ale works; it's light but still requires you to drink slowly and it's got a nice finish.

not much of foam, orange with some haze
fruity and peppery aroma, surely sweet orange oil from the peel
quite sweet for the claimed saison style. candied orange
interesting oil-like mouthfeel somehow reminscent of candied oranges
hmmm, not my cup of tea. surely not bad but I prefer my Saisons drier and imho the yeast should create the dominant fruity and spicy flavours and not the the adjuncts as in this one.

This thoughtful and sensitive label, the exquisite cage and cork, and the definitive "pop" introduces a luscious Looking saison ! Mounds of foam, excitement and food for thought !
Smells are tamer; although still inviting, somewhat sweet malts are, generally, friendly. Tastes make this ale's statement clearer; this is about the subtleties of their yeast and how Red Barn's hops blend to balance and, then, say who is boss. For me, this finished so dry that, I assume, they dumped lots of hops in.

But my test of a saison is how it goes with food. I had it with a soup that was garlicky and herbal, but no pepper. I added some black pepper and it got closer to a match for the hops. Interesting about that interplay: a brewer makes the saison and it is what it is, but if it is not a great fit for the food... we can alter the food, in this case, with pepper. I'm loving it !
And I'm looking forward to a 2018 visit to San Diego to visit Lost Abbey's Confessional.

On tap at Grand Summit Hotel. Was rather surprised to see this one in my area. Tastes like your typical American made saison, but done very well, authentic to the tee and quite refreshing. Recommended.

Really well brewed saison with the flavours every Belgian beer drinker knows and loves. Maybe a little to banana bready for my own tastes. Would like a bit more fruit esters and tartness.