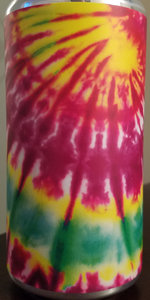 Notes: Brewed with peach purée and a blend of our favorite American hops, Radiant pours a glowing orange color in the glass and emits flavors and aromas ripe peach, mango, orange juice, and tropical fruit. It is extremely fruity, mostly as a function of our house yeast paired with a carefully refined process for brewing IPA; the peach here serves as icing on the cake of a memorable beer. It carries our irreplicable flavor profile in spades. Radiant is another beautiful entry in a series of beers by Tree House exploring simple additions of fruit, fruit syrups, and fruit powders to our well-refined Tree House IPAs. We invite you to enjoy it fresh and in the company of people who make you smile - Enjoy!
View: More Beers | Place Reviews
Recent ratings and reviews. | Log in to view more ratings + sorting options.
4.5 by PaleAleWalt from New York on Mar 28, 2022
4.48 by benjaminsa from Vermont on Mar 06, 2022

I think this beer is an awesome achievement. Fruit-infused beers are never my thing, but Treehouse manages to find just the right balance and type(s) of hops to pair with the peach to make it work. I love that it's not sweet. I drink it like wine, not beer.

The peach comes forward in the aroma and the bubbly mouthfeel brings you back to the summer - having that cold one in the backyard with good friends. Great control on the hops on both the immediate taste and after. Very much enjoyed this.

overall: this is a wonderful beer

L - pours a light pink-yellow haze. Milky and thick-looking. Whitish head that takes on the colors beneath. Leaves a ring of lacing as it settles at a moderate clip.

S - pink grapefruit up front and out of the glass. Can smell this thing from across the room. Getting closer, we're overwhelmed with peach puree, fresh-sliced mango, and guava.

T - peach is the primary flavor here. Shocker, I know. Loads of juice. Bubblegum, ripe melon, and fruit salad. A touch wheaty, to add thickness along with lactose-esque creaminess. Feels saturated and chock-full of both hops and fruity adjuncts. Sweet and syrupy. Poolside candy as a kid.

F - almost feels laden with oats or lactose in its heft and creaminess. I think it's just the puree though. Thick, full, and suffocating. Just the way I like it.

O - like drinking a cloud that's saturated with mango peach juice and not, well, water. Imagine that rainstorm. This is a not a beer for your typical elitist craft beer snob. This is shameless juice. A guilty pleasure. And it is executed beautifully.

Canned 4/25/20, tasted 5/21/20. "Pairs well with dockside fishin'". A super-refreshing DIPA. The peach comes through in spades without adding any unpleasant flavor or aroma. A beautiful hazy grapefruit color with moderate head. A touch light in the body - could have had a bit more creamy richness to it. But this checks all the boxes for a delicious crushable fruit-forward DIPA. One of my favorites from Tree House, honestly - and makes me very curious to try their other fruit powdered series like Shimmer and Luminescent.

Peachy orange with lots of gold, very hazy, pours with a small head that fades to a small collar
Loads of peach, both from the hops and the actual peach puree, like biting into a fresh peach, tangerine and orange juice, mango, pineapple, lightly herbal hops, very low bitterness, some pale malt sweetness and some tropical fruit sweetness
Medium body, smooth and chewy, low carbonation

I enjoy peaches, but the amount of peach crammed into this is absurd. You might as well drink a peach smoothie. But if you can't, this is a nice beer. Movin' to the country, gonna eat a lot of peaches...

Drank from a 1 pint can purchased at Tree House Brewing Company, Charlton, MA
03/05/20
Served in a teku

The flavor profile was also impressive. Peach was present here as well, but not quite to the extent in the nose. Big citrus notes up front. Loads of juicy orange and tangerine. Slightly tart and tangy. Wheaty and lemony in the center. White grapefruit appeared as the beer moved along the palate. Notes of grapefruit rind came through in the moderately pithy and bitter finish.

Nice fluffy mouthfeel. Medium bodied for the style. The liquid contained a fine, fairly zippy effervescence that turned slick and smooth on the palate.

Radiant is another nicely done DIPA by Tree House. The peach addition was rather subtle (I have drank many hoppy beers that were more peach forward from merely hops alone), but it perhaps added a bit more fruitiness and complexity.

Another great beer from Tree House. This had a very typical hazy orange color. It smelt very fruity with many different profiles. The taste was very tropical with a minor malty aftertaste. This definitely does not taste like it’s 8.0 ABV. Aftertaste has a slight peachy flavor which I was worried would mask the flavors of the beer at first, but it didn’t. Very enjoyable

16 oz. can. Pours murky orange with a big white head. Smells of peach, acidic fruit, and citrus. A little Tree House earthy yeast. Tastes of that yeast flavor right up front and throughout. Peach, tropical fruits, and less of the acidic fruits and citrus, but still there. Chewy malt profile. Moderate sweetness. Medium heavy. It's fruity. It tastes pretty good, though I don't know that I would have even known it had actual peach in it. Tastes a lot like their other beers.