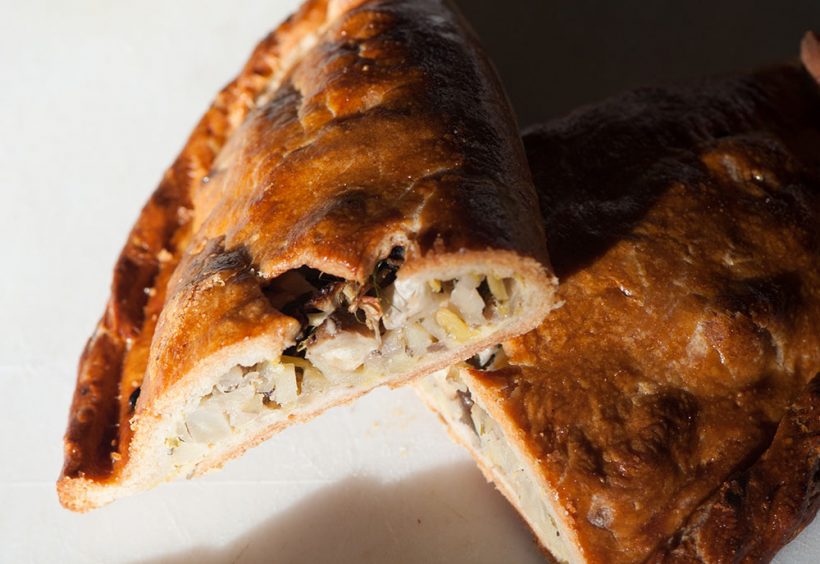 Originating in Britain, the Cornish pasty is a hand pie, usually savory, with a sturdy dough enclosing a filling of steak, potatoes, carrots, onions, and seasonings. These pasties were designed to be a full meal that would hold up in a workman’s pocket until lunch without any protection other than the crust. Cornish pasties also differ from other hand pies like calzones or empanadas in the fact that the filling cooks while the pastry itself cooks, sealing all of the flavors and nutrients inside an edible wrapper.

Cornish Pasty Dough
This dough recipe creates a sturdy crust that will hold the filling together while baking and provide a flaky texture to the outside of the hand pie. Bread flour increases the gluten to create a more durable crust, while barley flour adds flavor. For a more tender chew, use a lower protein pastry flour.

Directions
In the bowl of a food processor, add the high gluten and barley flours, then the salt. Seal the bowl with its lid, and pulse to mix the ingredients together. Then cut the butter and fat into the flour mixture, pulsing the food processor until there are small pea-sized lumps. Over-mixing the butter and fat into the dough will make a less flaky crust. Next, add enough ice cold beer to form a ball of dough. Do not over mix or add too much beer or the pastry will be tough. Pour with a light hand.

Remove the dough from the bowl and place onto a floured workspace. Lightly knead it into a ball. Cover with plastic wrap and refrigerate for 1 hour to rest the gluten and hydrate the flour.

Rolling and Filling
After an hour or more, remove the dough from the cold box. Divide it into four equal-sized balls for large pasties or eight pieces for small pasties. Use a rolling pin on a floured surface to roll out each dough ball into a circle with a thickness of about 1/8 inch. For four pieces of dough, the rounds will measure 10 inches in diameter, or 7 inches with eight dough balls. Use enough flour to keep the dough from sticking to the surface of the rolling pin.

Next, brush the surface of the pastry with the egg wash. Add the filling of choice to half of the dough round, but don’t overstuff the pasty, leaving an edge for the opposite edge to stick to. Fold the opposite side of the dough over the filling and, making your hand into a cup, lightly press down to remove any air and create a half moon shape. To seal the pasty, start at one side of the crescent and fold the dough over, then onto itself, over and over, making a nice pattern around the edge. Or use the tines of a fork to press the two dough layers together. Be sure the dough is sealed, to prevent leaking during cooking. Use different crimping styles or patterns on the edges to help identify each filling. Place onto a baking sheet lined with parchment paper or a Silpat. Repeat the steps above until the dough is gone.

Refrigerate the pasties for 20–30 minutes to chill them, helping to prevent the dough from shrinking during the cooking process.

Preheat the oven to 400˚F. Make a few small cuts on top of the pasty to allow the steam to vent. Brush the surface and edges with an even layer of egg wash. Bake pasties for 45–60 minutes, looking for a nice golden brown crust, and a fully cooked, warm filling. (The internal temperature should be around 200°F). Allow to cool slightly before serving.

Note: To make a vegetarian version of this crust, substitute vegetable shortening for the fat or lard.

Lamb Pasty Filling
Traditionally, the Cornish pasty is filled with chopped up steak, potatoes, carrots, onions, and a touch of seasoning. This version pays homage to the recipe’s British roots by using lamb instead.

Directions
In a bowl, add the beer of choice, beer mustard, rosemary, nutmeg, salt, and cracked pepper. Whisk the ingredients together. Add the lamb, (ground or cubed meat will change the final texture of the pasty), potato (peeled or unpeeled), onion, and carrot. Mix everything together well.

Follow the Rolling and Filling directions above. To increase the richness of the final pie, add 1/2–1 tablespoon of butter to each pasty’s filling. 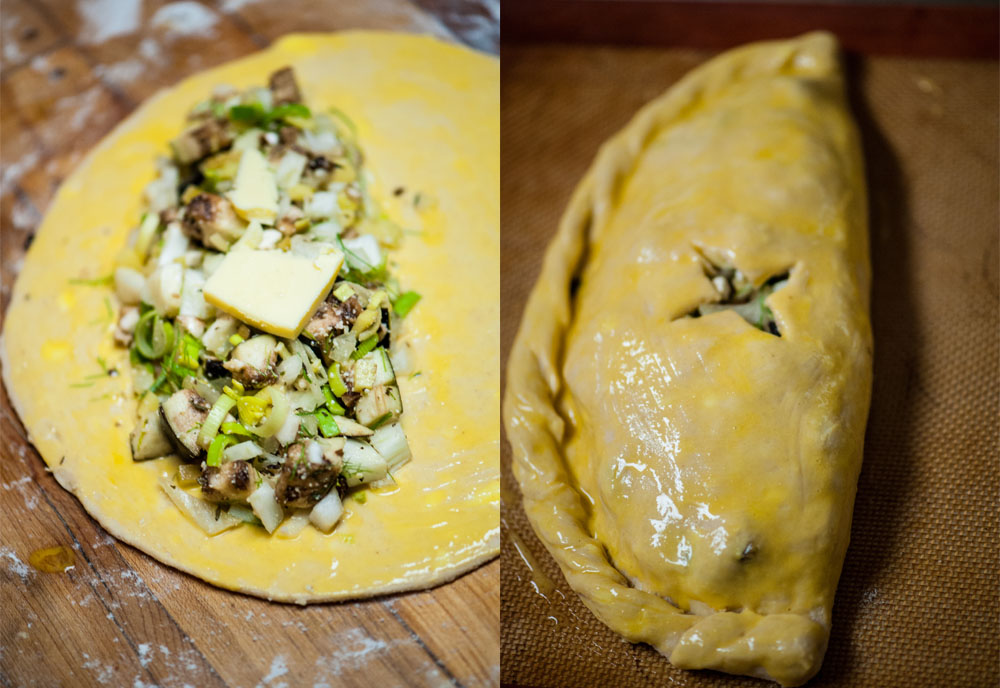 From the Garden Pasty Filling
This filling uses produce found in an English vegetable garden, providing flavor, texture, and nourishment.

Directions
Add all of the prepared ingredients to a bowl and toss them together well, making sure everything is thoroughly blended.

Follow the Rolling and Filling directions above. To increase the richness of the final pie, add 1/2–1 tablespoon of butter to each pasty’s filling. ■ 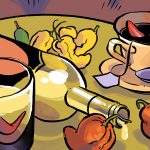 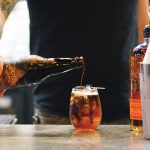