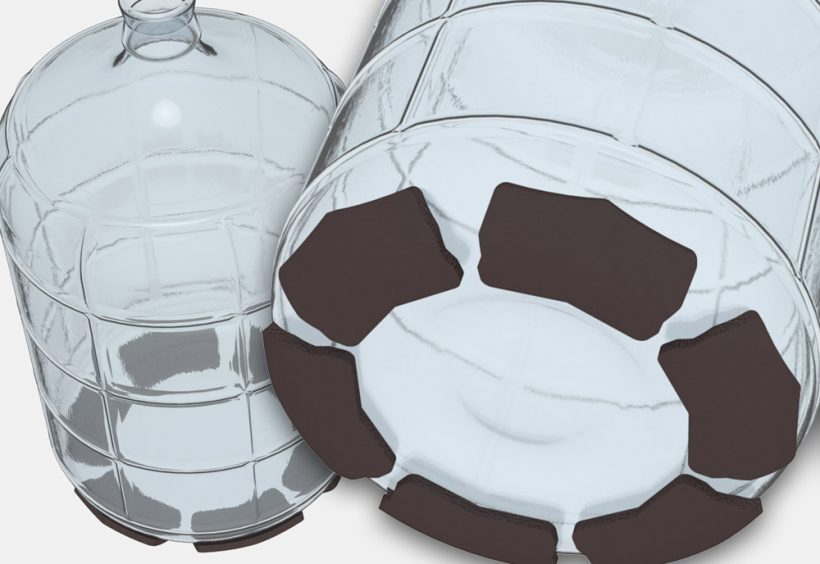 Once you’ve heard it, you won’t soon forget it—a deep, cracking noise much like that of a bone breaking. And while no physical pain is involved, emotional scars can linger after a carboy full of homebrew breaks. Plus there’s the mess.

“[It happened] after setting down a carboy full of perfectly-aged Russian Imperial Stout I was getting ready to bottle for competition, alas just a little too hard,” says Ross Browne of Arizona-based Next Level Brewing, a company that designs innovative products for homebrewers, by homebrewers. “What started as five gallons of medal-worthy beer (or so I hoped) ended up a pile of broken glass and a sticky brown mess.”

Homebrewers commonly encounter this problem. Big, heavy, awkward glass objects and hard surfaces do not play well together. At that moment Browne started thinking about creating some sort of protection for the rest of his carboys. Soon after, he and his business partner, Gavin Quigley, got busy developing the Carboy Bumper.

“The idea was simple, but it took a long time to design and fine tune—over a full year, actually,” Browne says.

Their challenge was to find an adhesive, shock-absorbing material that would stay in place after being subjected to different temperatures, regular washings, and a wide array of cleaning and sanitizing chemicals. Browne and Quigley worked with manufacturing company 3M in Minneapolis to find the perfect adhesive, and discovered a high-tech, shock-absorbing material called PORON, which absorbs more than 90 percent of an impact.

“[PORON] is now being used in professional sports equipment and safety equipment everywhere,” Browne explains. “It’s a best-in-class engineered product that costs a good bit more than foam or rubber or anything else you might consider using to cushion shock, but seriously outperforms these cheaper materials.”

The shape, thickness, positioning, and number of pads were also very carefully considered to minimize cost and maximize protection where carboys need it most.

“It was actually our favorite homebrew evangelist, Charlie Papazian, who suggested the addition of a sixth pad so a full carboy could be safely rolled on its edge rather than lifted, making transport safer and easier,” Browne says. 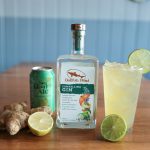 Previous: How to Make a Sea Mule Beer Cocktail 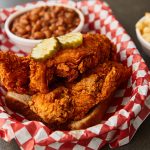