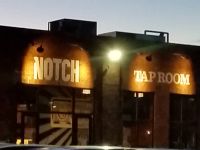 Brighton location- Great place, wonderful selection, just a great assortment of session beers with plenty of 'stronger' beers for those that want them.

Very cool low key spot with a beer garden on the water. We’re out of a few beers and the crowler machine was broken but the beers they had one were very good. If you like lower ABV session ales this is a place to hit for sure.

Like this place in Salem, don't usually review breweries per say. Nice place on water if it wasn't too hot to sit outside, big open tables inside. Unique bar snacks and beer with a German influence, some regular American beers too but stuck to the German brews. If your in Salem you need to stop by this place.

Met many nice people here and they offered some pretzels to go along with the beer there. We went during the summer and went outside next to the water. The beer was just OK there, not great.

Very cool place to have a beer. The beer itself is great and a nice change of pace from the usual fare.

Service is great. Very friendly and helpful people working there.

The only negative is there weren't a ton of beers to choose from. However, the variety was nice to see.

They have an enjoyable space especially the outdoor area overlooking the water. Most of the employees were friendly and they had 10 different beers to choose from. I can't say I'd make a special trip for their beer, but I'd definitely go back if I was in the area. My favorite available that day was the pilsner. I'd also recommend more umbrellas outdoors as most people were looking for shade.

Stopped in on a Sunday , the space is quite attractive, brick, wood, lots of natural light
Not too loud, a very nice outside seating area for a warmer time of year
Selection is quite good, the Dortmunder and the Black Lager were both excellent. Food is limited but quite good.
Fermented veg, and tinned fish for me. The service staff was attentive and very friendly. We will be returning in warmer months

Notch is sort of a gimmick brewery in that all the beers they brew are legit, sub-5.0 ABV sessions. And they are unique in that they can make a "session IPA" that doesn't have a weird watery middle. And they are bold in that they don;t usually chase trends, which allows them to make excellent versions of, say, a Czech Pils.

But, man, the prices at their brewpub are outrageous.

It's in downtown Salem, which ain't exactly downtown Manhattan but also ain't exactly cheap. The vibe here is thankfully witch-free, meaning it's usually filled with locals instead of tourists. It's a big old brick building that's kind of hard to access--you got to walk through an empty lot and around a corner to get to the entryway, and you can't really see the sign from the street.

The decor is standard for a new brewpub or restaurant in the late 2010's. I don't know when this inoffensive homogeneity started but, man, it's really taken hold lately. Anyhow, umm, there's lots of windows for natural lighting, bricky facade, trim white people, and an outdoor patio with heat lamps. You can bring your dogs.

The aesthetic is inoffensive, if a tad generic. The vibe is a bit hipster, and can lean toward the judgmental if you catch it at the wrong time of day.

They got 7-10 taps going, with 1-2 of those going to local guest brewers. The beers are all small of stature but usually large of flavor and some are quite exquisitely brewed.

But, like I said, it's goddamn expensive. It'll take you over 20 bucks to work up a halfway decent buzz. And I know we all pretend that's not what craft beer's about, but let's just drop that charade for a moment and re-state the point I just made: 20 bucks will barely get you a buzz. Take from that statement what you will.

Went here to visit friends. Notch seemed hard to find, but they are off a busy street with a decent amount of parking. The space is rather large with big communal tables to one's right, some on the side on the left, some in the back, several in a back room, and about a dozen tables outside. Old industrial vibe with, what I believe was brick, on the walls. Some games available at the brewery, including several board games. Great view of some of Salem with, what I believe was a small canal running by the brewery.

Notch had several beers on tap, maybe 2 exclusively on tap, with many of the beers available to purchase in cans. The brewery was very well staffed. I could maybe count 3-4 people behind the bar working with several workers running around cleaning tables and serving people the limited food menu.

Overall, I really enjoyed this place and would come back again.

If you're looking to spend some time with friends over several beers there's no better location than Notch. The picnic table seating and no TVs gives you plenty of opportunity to talk to your friends or your table neighbor. Beers come in basically 2 sizes, half or full liter. However, the low abv lets you enjoy a few without passing out from the buzz.

Beers focus on European lager styles (pilsner, schwartz, czech lager, etc), but there's typically a few selections for hop heads and English styles to balance things out. The skee ball machine is the most popular area of the bar. For .25 cents you can try your hand at getting a high score. Free wifi is also offered. Yes, there is 1 TV, but it's typically only on for Patriots games.

In the summer the outside patio is the place to be. Plenty of picnic tables to enjoy some beers and the view of the canal.

Food offers are minimal, but the pretzel is very tasty. There's no table service so all beers need to be ordered at the bar. Crowlers of beer are available to go and tours are offered from time to time. If you happen to be in Salem, get off the beaten path and try some of the best session beers brewed in the country.