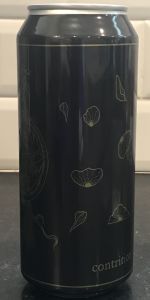 Notes: A humble offering. The tax paid for our sins. For among the catacombs of our prized memoirs, we shall uncover the prestige of elegance through the veil of simplicity. Made with a decoction of 100% German Pilsner malt to maximize the capability of this remarkable grain. Hopped extensively in our whirlpool with Grungeist, Saaz and Hallertau Blanc. A beautiful complexion of culinary compliment. Your repeatable drinkable, dream-fulfiller.
View: More Beers | Place Reviews
Recent ratings and reviews. | Log in to view more ratings + sorting options.

Softly crisp and pleasantly toasty, a floral, buzzing bitterness recedes to an exhale of faint white wheat and corn.

The medium body is biting and comes to a dry swallow.

3.97/5  rDev +1%
look: 4 | smell: 3.75 | taste: 4 | feel: 4.25 | overall: 4
Way too aggressive pour produces and almost see through light golden brew with a big rocky top head, looks nice for this style. I can’t say I’m in love with the nose but it’s pretty big and bready with a touch of that saz nose. Ok, although not mineral or spicy like some pils can be, this flavor is pretty between sweet bready malts and slight hop bitter to make a tasty brew. Crisp yet slightly creamy and thinner with a good amount of carbonation, this beer is decent.
May 13, 2021
Rated: 4.15 by o29 from Texas

T - A nice open of grassy hops, a lemon note, and honey malt sweetness. The finish is subtly bitter.

This beer is one beautiful mo-fo. It nails the German pilsner style. Its initial simplicity manages to reveal deeper levels of complexity and depth as it opens up, delivering a wondrous drinking experience.

3.94/5  rDev +0.3%
look: 4 | smell: 3.75 | taste: 4 | feel: 4 | overall: 4
A: The beer is relatively clear yellow in color and has a moderate amount of visible carbonation. It poured with a half finger high white head that died down a bit but consistently left a short head covering the surface.
S: Light to moderate aromas of green grapes and bready malts are present in the nose.
T: The taste has flavors of white grapes with underlying notes of bready malts and grassy hops. There is a light amount of bitterness.
M: It feels light- to medium-bodied and clean on the palate with a moderate amount of carbonation.
O: The aromas and flavors of green grapes in this pilsner are interesting and remind me of a Kölsch.

Nice bready malt base the carbonation brings the herbal/grassy notes to the front they dance on the tongue for a while the finish is herbal with hints of lemon citrus. Nice, favorable and clean pretty nice pilsner.

Smell: It has aromas of sweet grain and bread with some spice. There is a very low herbal element to it as well.

Feel: It has a medium light body with a bitter sweet finish.

Overall, I like the maltiness and different flavors that are produced from the malt.

Reviewed by just1cho from California

This beer poured a clear light orange, looking like a typical German Pilsner with a fluffy finger-thick white colored head. The head had a relatively low retention to it, and left a lacing around my glass when it disappeared. I typically really enjoy the look of Pilsners and Lagers, but the lack of head and the average look of the beer didn't do much to differentiate itself from others that I've had.

Notes of bread and biscuits filled the front of my nose, giving me that classic Pilsner aroma that I love. The hops in this beer were more prominent in the back-end, giving me a slight citrusy aroma reminiscent of a light spritz of lemon. Notes of diacetyl was slightly perceived in the back-end, but it wasn't a very strong characteristic.

The taste followed the nose, giving me nice notes of bread/biscuits throughout with a bit of lemon in the back-end. A honey-like sweetness appeared towards the middle, something I didn't really get in the aroma. German Pilsners that I've had aren't too complex, so I appreciated the added notes of sweetness and citrus that I got on the taste.

Clean tasting and dry from start to finish, this medium-bodied and highly carbonated brew was incredibly easy to drink and very crush-able. Safe to say, I finished this beer pretty quickly.

Reviewed by Apellonious from North Carolina

3.88/5  rDev -1.3%
look: 4 | smell: 3.5 | taste: 4 | feel: 4 | overall: 4
Pours into a becker a dull slightly hazed light golden with a nicely formed half finger bone white head.A light smattering of citrus and toasted malts,lighter but decent enough aromas.Fuller bodied for the style and size wich is nice,cereal grain with an underlying fruitiness,a good shot of spicy hops really hits nicely in the finish.Alot of good stuff packed in the unfiltered pils,well made.
Jul 21, 2020
Rated: 4 by sd123 from Georgia

3.78/5  rDev -3.8%
look: 4.25 | smell: 3.75 | taste: 3.75 | feel: 3.75 | overall: 3.75
Somewhat clear golden body with a billowing white head. Cracker and grainy malts carry the nose, slight floral accents. Taste mirrors this, very grainy, old world bread, and slight cereal, with some floral and grassy hops in the finish. Feel is bready, bright but heavy, and chewy, not the most crisp. Feels like the finish being more muddled holds it back
Jun 07, 2020
Rated: 4 by TallGuyCM from California

3.99/5  rDev +1.5%
look: 4.25 | smell: 4 | taste: 4 | feel: 3.75 | overall: 4
A: Pours a crystal clear pale golden yellow in color with moderate amounts of fine active visible carbonation rising quickly from the bottom of the glass and faint bright yellow colored highlights. The beer has a three finger tall dense sudsy foamy bright white head that slowly reduces to a handful of small to medium sized patches of thin film surrounded by a large patch of very thin film covering the remainder of the surface of the beer and a medium thick ring at the edges of the glass. Slightly heavier than moderate amounts of lacing are observed.

M: Light bodied with moderate amounts of carbonation. Crisp with a clean finish.

O: Easy to drink with very well hidden alcohol and a crisp + refreshing mouthfeel. Very enjoyable and does a great job of highlighting the pilsner malt along with the German hops. I could easily have a few of these. Great job.

Reviewed by wedge from North Carolina