The Device Gets a Facelift 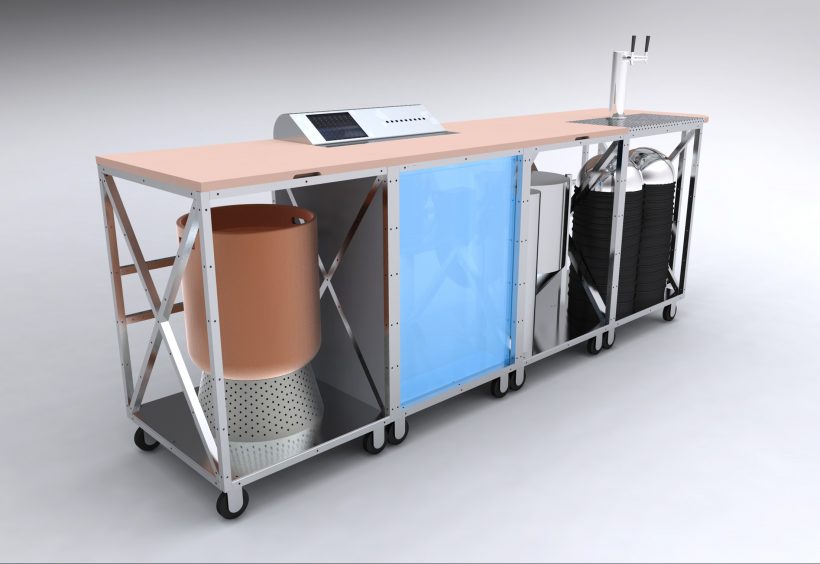 When we first visited with John Carnett back in the fall of last year, he was the proud papa of an all-inclusive homebrewing system that he built himself in his home shop.

The Device, as he called it, could brew, ferment, chill and serve homebrewed beer on one cart that was small enough to fit in any budding homebrewer’s garage or basement.  It even looked pretty good—in a shiny-new industrial way.

The Device was such a hit that it drew all kinds of attention, landing Carnett, who is a Popular Science staff photographer by day, square in the middle of a full-time side project, with homebrewers clamoring to purchase a system of their own (or buy the schematics to make one), potential partners throwing ideas at him and investors offering him gobs of money to turn The Device into something that could be marketed commercially.

In the end, Carnett wound up partnering with a Philadelphia businessman and a number of experts in different fields.

“We’re all beer lovers. After meetings, we go drink beer,” he says.

No doubt thanks to the beer for lubricating their creativity, the group set out on a Cinderella-style mission, transforming The Device into what is now the NanoBrewMaster, an 8-foot-long, 15-gallon, glycol-chilled, computer-controlled machine that still brews, ferments, chills, pours beer and cleans up in-place—but looks like a piece of art.

Carnett says he thought the NanoBrewMaster would be marketed primarily to restaurants that wanted to serve small-batch craft beer, so he wanted to make it stylish enough to hold its own in the swankiest of bars and bistros.

“It got really complicated, because I didn’t want the purity of the look to be compromised,” Carnett says of his modernistic mechanism, “so we were trying to keep the design pure and work around that.”

Carnett says the NanoBrewMaster is a study in both form and function.

“The entire machine is controlled by a computer with an LCD display,” he says. “In the photo, the black area [on top of the NanoBrewmaster] is the display turned off. The white area [also on top of the system] is the stainless steel that holds all the computer technology—buttons and the screen itself.

“All the tops lift up and away [for easy access]. The blue panel is the glycol tank that is transparent so you can watch it work—like a Zen pond. The serving kegs are inside a stainless-steel container that opens up in the middle to change out the kegs. The kegs are wrapped in a neoprene vest with glycol lines, so the lines actually look ribbed. Basically, the entire thing is fun to just stare at.”

Carnett says in addition to being beautiful, the NanoBrewMaster also had to be pretty mistake-proof, because whoever took on the brewing job might also be a restaurant’s server, sous chef or dishwasher.

“We didn’t want someone to have to really do a lot with it to make beer. But we didn’t want [the NanoBrewMaster] to do it all,” he says. “We also wanted the brewer to have a connection with the beer.”

“It’s like an ATM. You pick the kind of beer you want to brew and the screen prompts you, along with a timer, to perform certain tasks,” Carnett says. “But it doesn’t add hops or stir. We stopped short of adding that kind of detail because we really want people to have ownership of the beer.”

At time of print, Carnett and his crew still had a few tweaks to make on the NanoBrewMaster, and a retail price had not been set. But Carnett says the price tag will be targeted more for bars and restaurants and probably will exclude all but the most affluent of homebrewers.

If you fall in either of those categories, or have just fallen in love with the NanoBrewMaster and are willing to get a second mortgage for it, you can join a waiting list, and Carnett and crew will make you one of your very own. ■ 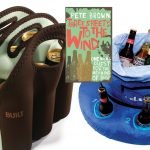 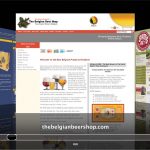 Next: How and Where to Buy Beer Online
Tags: Homebrewing, John Carnett, Technology