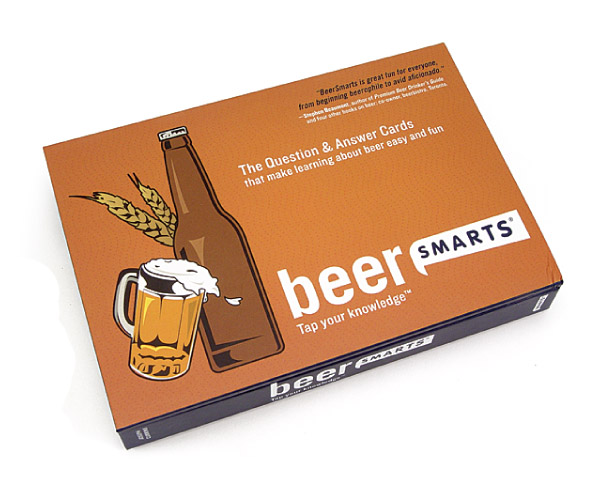 How much do you and your friends know about beer? The people over at SmartsCo Publishers want to help you find out, courtesy of BeerSmarts, a (sort of) trivia game that aims to expose you as the geek extraordinaire or loudmouthed beer poseur that you are.

BeerSmarts consists of 60 cards, broken down into four groups: Cheers (favorite brews), Beer Basics (from barley to beer), Wild Card (bushels of beer facts) and Beer Culture (beer through the ages), with a mixture of true and false and multiple choice questions, and some fairly extensive answers, all edited by Garrett Oliver, brewmaster at Brooklyn Brewery.

It’s not really positioned as a game (there aren’t any rules), so we were forced to suppress our murderously competitive instincts before digging in. Overall, we found it to be accurate, fun and full of interesting facts, with a slew of answers to many common beer questions and gross misconceptions. (It’s definitely aimed at the beer newbie—a few questions might make a true beer geek roll his or her eyes—but this is a good thing.)

While BeerSmarts could definitely be improved by waterproofing (beerproofing?) the whole works and packaging it in a small travel case, all in all, it’s a very worthy purchase. $16.95. Available at smartsco.com ■ 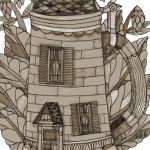 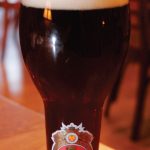 Next: Weizenbock: A Beer That's Not to Be Trifled With
Tags: Brooklyn Brewery, Garrett Oliver, SmartsCo