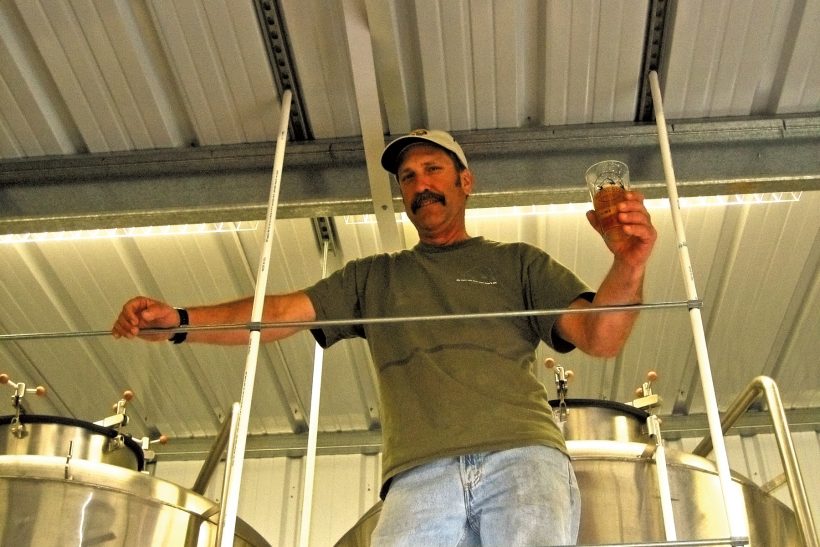 Pat McIlhenney decided that he was going to be a brewer well over a decade before he founded Alpine Beer Company in 2002. The work he put in before his first commercial brew has ensured that: Since the day he opened Alpine’s doors, demand has outstripped supply—by a long shot. The tiny brewery is now readying an expansion that will include a new BBQ pub and a tripling in brewing capacity. Only triple? That won’t be nearly enough.

1. Choose your destiny
Pat McIlhenney didn’t have any grand aspirations when he first started homebrewing, in 1983. It was just that he couldn’t stomach the schwill most people were passing off as beer. That all changed once breweries like Mendocino started cropping up in California. “Early on,” he says, “I decided, I’m going to have a brewery someday.” He got serious about his hobby. He took meticulous notes, took competition critiques seriously and methodically built a killer portfolio for the brewery he knew he’d eventually open.

2. Learn the craft, and then learn the job
Knowing how to craft a recipe is one thing. Knowing how to operate a commercial brewery is another. McIlhenney got the latter down at San Diego’s legendary AleSmith Brewing Company, where he volunteered as a brewing assistant. “There were certain things you can only learn by doing it, or seeing how it’s done,” he says. “Just the simple, how to clean a tank, or how to mix up sanitizers, how to make hose connections with as little microbial intrusion as possible—the nuts and bolts of working in a brewery.”

3. Make it your own
McIlhenney struck a deal with AleSmith in 1999 that led to the brewery contract brewing one of his homebrew recipes, an Irish Red. “I immediately found that I couldn’t make enough,” he says. That was the push he needed. He bought a used brewhouse, found some commercial space in his hometown and built it out himself. “Everything done on the cheap,” he jokes. He cobbled the cold box together out of several different manufacturers’ parts and assembled the boiler out back. “What’s really neat is, it works, and it’s pretty efficient.”

4. Size doesn’t matter
Somehow, McIlhenney shoehorned a 12-barrel brewhouse and four fermenters into a 1,300-square-foot space. “It’s tiny, by most standards,” he says. Most everything, from pallets to the bottling system, is on wheels. A two-person team hand-bottles at the pace of 12 cases per hour. “It’s very challenging to work here—if you want to do any one thing, you have to move everything out of the way to do that one thing.”

5. Success will follow quality
Size be damned, Alpine’s 550-odd barrels a year cause a sensation. McIlhenney bet that, if his recipes were good enough, customers would find him. And he was right. “Part of our model is to brew quality beers, and everything else takes care of itself. We don’t market, we don’t advertise—word of mouth has got us to this reputation, and it’s based on making good beer. If you’re going to use that approach—no marketing—you’d better make good beer. It’s worked for us so far. We can’t make near enough beer.”

6. True flavor endures
Alpine’s most celebrated beer is Pure Hoppiness. Inspired by Vinnie Cilurzo’s (now defunct) Blind Pig Brewing Company, McIlhenney first brewed the recipe at home in 1998, and released the massive Double IPA two years later. His Irish Red is even older—he’s been mucking around with that recipe since 1986. Beer drinkers’ tastes have changed drastically since the two beers were crafted, but they remain popular standbys. “That’s really the driving force, good flavor,” he says. “Flavor is always number one.”

7. Bitter isn’t better
McIlhenney isn’t afraid to use traditional bittering hops for flavor and aroma, and he end-loads his hopping schedule with late additions so his beers are huge on flavor, without bitterness. He also uses “no less than 2 pounds a barrel in dry hops.” When his IPAs are conditioning, McIlhenney pulls beer off the side of the tank and blows it back in through the tank’s bottom. “It blows the hops up in the beer,” he explains. “It utilizes the hop aroma as much as possible.”

8. Throw out the stats
“Anybody that’s advertising that they have ‘x’ IBU in their beer is only using it because they’re trying to get a ‘wow’ factor out of it, but over-bitter beer is not enjoyable,” McIlhenney argues. “We don’t list IBU on our hoppy beers for that reason, because we don’t want to play that game. It’s not where good taste is at. The guys that have to punch up their beers and say they’ve got over 100 IBU—they’re guessing anyways, but it’s probably not something you hear alongside drinkable. It just doesn’t happen that way.”

9. Just brew it
To anyone hoping to tread the homebrewer-to-superstar path, McIlhenney says, “Keep brewing. It’s fun. It’s rewarding. You can brew to whatever complexity you’d like. You can keep it simple, with plastic buckets, or you can go crazy in steel. When I was competing, there were guys winning medals who were brewing in plastic buckets just as often as they were brewing with a nice fancy fermenter. You can make good beer on any scale.” ■ 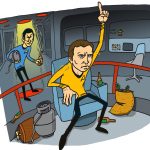 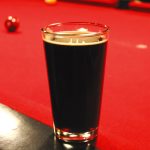