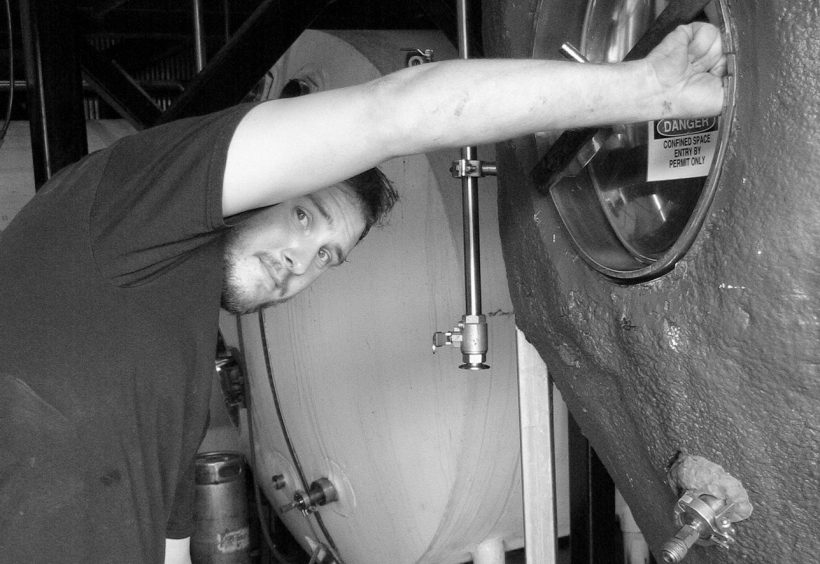 Jon Curtis lives a three-minute walk from his brewhouse, and he makes the most of the proximity: In a single year, he’ll churn through more recipes than some pub brewers would get to in a decade. He revels in the variety. “We’ve got the space to do whatever we want—we’re using any style, we’re using any yeast,” he says. “I am spoiled absolutely rotten, and I love it.”

1. If at first you fail spectacularly…
Jon Curtis did not enjoy an auspicious introduction to brewing. The first time he took his homebrew kit out for a spin, he forgot to add the hops. “It tasted like cider,” he says. “It was one of the worst things ever. The next morning, there was a sign in the elevator that said, ‘Is someone stockpiling or cooking with dog food? If so, please stop.’” His second batch, an Old Ale, had a habit of exploding. Hand bottling and his carpeted one-bedroom apartment did not get along. No, not a good start at all. But instead of quitting beer, Curtis quit his kitchen—and his job.

2. …jump into the fire
Curtis took a job with the Mercury Brewing Company, brewers of Ipswich Ale. He started on the bottling line to get his foot in the door, but at Ipswich, “everybody learns everything. They run it very democratically.” Within months, Curtis was working on the brewhouse floor. He’d only ever done four homebrew batches, so his first all-grain batch was 900 gallons. “It was pretty intense,” Curtis recalls. “I tell homebrewers who’re interested in learning to brew to go down to Ipswich. You’ll find out very quickly if it’s something you’ll want to do for the rest of your life. If you’re not serious, you’re not going to cut it there.”

3. Keep close to home
“I always knew I wanted to brew for Haverhill,” Curtis says. “I’d been coming to The TAP for a couple years before, and it looked like a lot of fun. It looked like they had a lot of freedom.” He’s a native of the Massachusetts mill town, and when he’d drink at the brewpub, he’d harass Haverhill’s brewers about hiring him. One day, they finally took him up on the offer. Then the pub’s brewmaster quit—days before Curtis came aboard. He effectively ran the brewery from day one, and six months after he started, he was officially named brewmaster. He was 24.

4. Own your own system
The TAP keeps Curtis happy because he has total freedom to take his beers in any direction he wants. The pub’s owner, he says, “has no idea what I’m doing. He doesn’t ask any questions. I’ll make a style, and when it comes out on tap, that’s the first time he’s ever heard of it. We’re ordering any ingredients we need or want, using proper Belgian and German malts, all the hops we need from all over the world.”

5. Keep it fresh
Four of The TAP’s taps are regulars. The other four, and the weekly firkin, are in a constant state of flux. New recipes are always—always—being tapped. If a seasonal sells really well, Curtis might brew it twice a year. Otherwise, wait until next year. “It’s very democratic,” he emphasizes. “Everybody is equally unhappy. Nobody has their favorite beer on year-round.” Curtis estimates that, this year, he’ll run through 40 or 50 different recipes. “We’ve got a clientele that’s willing to try something new every time they come down. It works out well for everybody.”

6. Don’t let non-style guidelines hem you in
Belgian IPAs have been proliferating mightily, but when Curtis decided to brew his version, he wanted to take the beer in a new direction. Ascension is brewed with Pilsen malt, and hopped entirely with Saaz. “The inspiration was: What would Belgians use if they were doing an IPA?” The hops impart a unique spiciness, and the Belgian yeast finishes out peppery. “People who like IPAs in general don’t quite know how to take it,” he says. And because it sticks out, he’s heard that it’s not brewed to style. “There is no style guideline!” Curtis exclaims. “It’s a style totally made up by Americans.”

7. Take your time, and do it well
Triskelion Barleywine inhabits the other end of the style spectrum. It’s as traditional as beers come. It’s also brewed entirely with two-row Maris Otter, which Curtis had to boil for three hours to generate proper caramelization. And then he let it sit for more than half a year, waiting for the alcohol bite to subside. “That’s a style you can’t rush.” He adds, “There’s no beer we half-ass. There’s no beer we don’t take the proper amount of time with.”

8. It’s better to be respected than loved
The beer that Haverhill is best known for, Leatherlips IPA, is a recipe Curtis inherited. It’s not his favorite, but he respects the hell out of it. “There are less bittering hops in that than in our Cream Ale,” he says. “It’s all hop flavor and aroma. It’s an experiment on ‘this is what it tastes like to eat a hop.’ People say it should have a little more malt to balance it out. No, it shouldn’t, because then it’s not Leatherlips. It sells well because it’s not middle of the road. It’s just going for it. Which I can totally respect.”

9. Win converts
Recently, Curtis was changing a tap at his bar. A woman asked him for a menu. “Food or beer?” he asked. “She made the most disgusted face! She said, ‘I hate beer, I never drink beer, I even hate the smell of beer!’ I asked her to try something for me, and I poured her a sample of the Berliner Weisse. It’s as if I’m handing her poison. But she took a sip, and she stood there staring for a minute. ‘That’s beer? Yeah. I’ll have that.’ That kind of stuff—I love that.” ■ 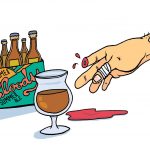 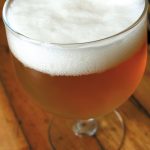 Next: Tripel: The Best of the Best
Tags: Jon Curtis, Massachusetts, The Tap Brewing Company