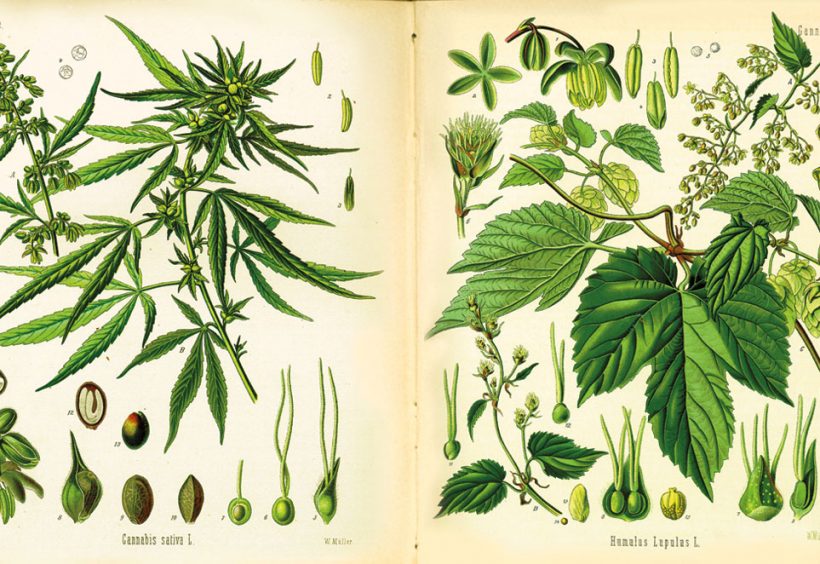 I have a brew club of about 15 guys. One of the men is a forensic chemist (CSI) and he asked me if I knew that cannabis and hops are in the same family of plants. He wondered if anyone has actually used marijuana in homebrewing. No names or places, just if the experience paid off in good brew or if it was a waste. —Joe, Spokane, Wash.

With cannabis being a relative of the hop, I’m curious to know if there are or have been any brews—legal or illegal—that use the spicy/savory/etc. qualities of marijuana to replace the hop… and with what result(s)? —Cheers, Larsee01

Brewing with cannabis has been coming up a lot, so I figured it’d be a good time to revisit the topic.

Hops (humulus lupulus) are the flowering cone of a perennial vining plant and indeed a cousin of cannabis. That said, the two are very different, as explained by the Alström bros:

There have been several breweries that have attempted to brew hemp beers, but don’t get too excited. These beers are brewed with an industrial-version hemp, more specifically, the sterilized hemp seed (or seedcake where the seeds are mashed to the point of being unplantable). Unlike its cousin, marijuana, industrial hemp is THC (tetrahydrocannabinol) free, so yes, it’s legal. However, you won’t get high by drinking one. Hemp beer is said to be a bit healthy as it contains high levels of essential fatty acids and digestible proteins. These same proteins lend a unique creaminess to the beer, while the seeds also impart a spicy character. However, we find that the misuse of hemp seeds in brewing can lend a rather unpleasant oily feel and flavor to a beer.

For the real deal and a rather expensive experiment, try infusing your favorite cannabis in a clear/somewhat flavorless alcohol (vodka or pure grain) for up to a year. The infusion can be added into a batch of homebrew, and the soaked cannabis can be used to “dry-hop” your brew. Though we have never tried this method of brewing, it’s said to create a very unique high.

So illegal versions brewed by homebrewers definitely exist, and there’s a handful of hemp beers in the market today. As for production versions brewed with actual cannabis (THC and all), I know of none; however, there are several brewers throughout the world who use the image of the cannabis leaf to market their hemp beers. I find this to be nothing more than a gimmick.

For more info, search online, where you’ll find plenty of homebrewing boards that discuss the topic and offer tips and recipes. ■ 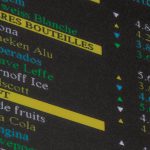 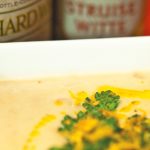