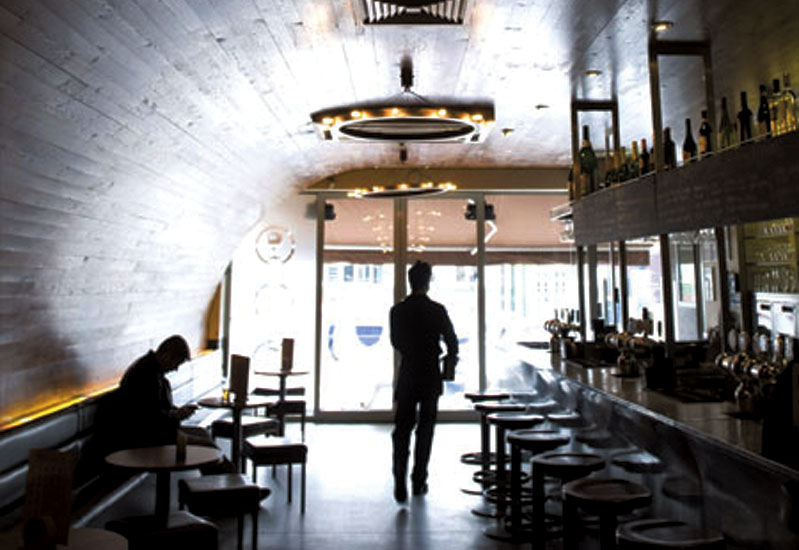 Beer and Britain have an interesting relationship. On one hand, the country’s brewing tradition has had an inordinate influence on contemporary craft brewers. The beers that brought craft brewing into prominence largely owe their existence to a historic brewing scene that largely revolved around, and served, London’s thirsty masses. London’s legendary pub culture became a model for the way bars around the globe look and feel. And a suburb just north of the city may be home to the most single-mindedly passionate group of beer activists in the world.

On the other hand, punitive tax codes have led to the watering down of much of the old ales’ punch, corporate consolidation has wreaked havoc on family-owned pubs and breweries, and watery lagers from across the Channel have come to dominate wide swaths of the market. Hide the children, because it can get ugly.

How to reconcile these two Londons? That’s a question to consider over a pint, preferably a hand-drawn, naturally carbonated pint. And here’s where to grab such a beverage—London’s top beer destinations, as ranked by the BeerFly users on BeerAdvocate.com.

Any bar in the US with a decent distributor can put together a pretty solid cooler lineup. Generally, endless selection isn’t what makes pubs here stand out. BeerFly users tend to flock to pubs that are well worn in, have pedigrees that stretch back decades if not centuries and, thanks to the Campaign for Real Ale (headquartered in nearby St. Albans), sport an array of cask ales drawn from hand pumps. Think quality, not quantity.

Many of the best pledge their allegiance to one particular brewery (look for St. Peter’s at The Jerusalem Tavern, Fuller’s at the Mawson Arms, Young’s at the Lamb, Sam Smith at the Cittie of York and Harveys at The Royal Oak). That means you can run down one brewer’s lineup from a single stool. Or, your thirst for variety will send you scurrying across the Thames and down an endless series of twisting alleyways. Not a bad fate at all.

Belgo Centraal
Belgo boasts one of the UK’s biggest selections of Belgian imports, and Belgo Centraal is the chain’s hub. The communal tables of Centraal’s main drinking hall overflow with Trappist bottles, mussels and frites, and raucous company.

Fuller’s Griffin Brewery
The legendary makers of Fuller’s London Pride, ESB, Vintage Ale and 1845 Strong Ale have been at it for 165 years. Brewers have been toiling on Chiswick Lane South since the 17th century. So, yeah, these guys know what they’re doing.

Brew Wharf
Modern-leaning in both its beer selection and its menu (hey there, wild boar sausages!), the Brew Wharf serves up decent house brews and a far-reaching selection of guest bottles.

Zerodegrees
Both the plates and the pints at this Blackheath brewpub draw from wide-ranging influences: The kitchen churns out pizza, pasta and gourmet sausages, while the brewers produce styles inspired by both Germany and the US.

The White Horse
So here’s a bit of a foreign concept—an internationally renowned beer bar that’s hot with members of the look-at-me, new-money crowd. The Pony fills up with beer geeks, too, and for good reason. The tap and cask selection is top-notch, and the bottle menu runs 28 pages.

The Market Porter
The Porter keeps more than a dozen high-quality real ales on cask at all times. And because they know you love real ale with your eggs, they open the doors before the morning shift at 6am.

The Churchill Arms
A traditional pub with casks of Fuller’s out front, and in the back, steaming plates of Thai food. We don’t get it either. No worries, though. Cultures collide, with great results.

The Porterhouse Covent Garden
Here’s a bit of turnabout: an Irish brewery colonizing London. Head straight for the Stouts, particularly the Oyster and Wrasslers.

The Lamb
Warm atmosphere, lots of dark wood and fresh casks of Young’s abound. A must-visit when you’re in the neighborhood—and a compelling reason to come to the neighborhood, too.

The Royal Oak
Another weathered neighborhood joint that draws CAMRA types from far beyond its Southwark surroundings, thanks to its steady supply of Harveys offerings on cask.

Cittie of Yorke
Lofted ceilings and a massive communal room make this place a temple to Sam Smith’s. Centuries of use have made it one of the city’s best-loved pubs.

Ye Olde Mitre
A charming little place tucked away down a side alley, the Mitre is famous for serving up fine pints of Adnams and Deuchars IPA amid incomparable company.

Lord Moon of the Mall
Value and location are two main draws at the Lord Moon: The ever-bustling pub sits just off Trafalgar and pours cheaper pints of real ale than most everybody else in town. ■ 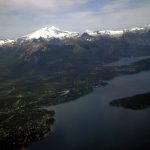 Previous: To Patagonia & Back Again: Part 1 of Tim Webb's Odyssey to an Unknown Beer Land 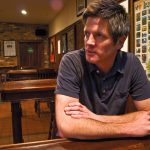