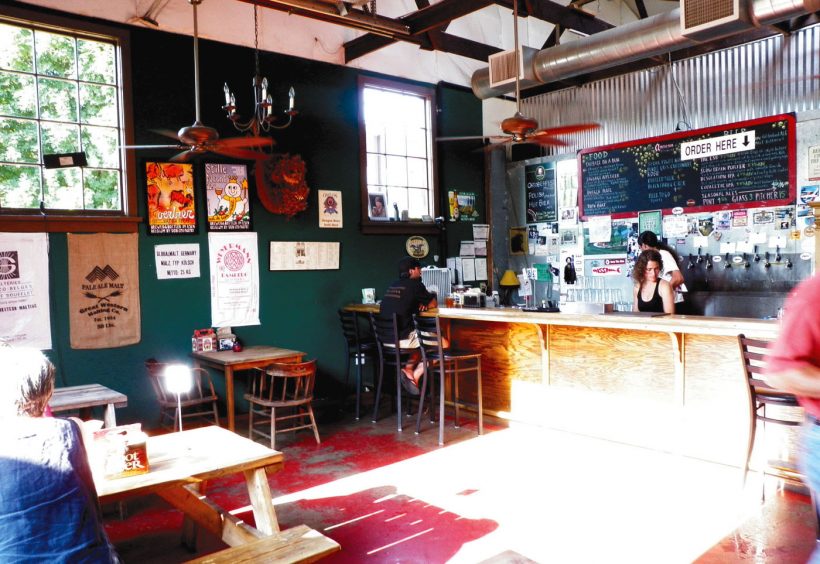 We think we know what to expect when going to a brewpub. With small-batch capabilities and an opportunity to showcase unique flavor profiles by pairing beer with gourmet food, brewpubs with dozens of styles to choose from and well-trained chefs to fill out lavish menus are on the rise.

Surely this is a good thing, as nobody is going to complain about good food and even better beer. Amnesia’s owner and brewmaster, Kevin King, must have forgotten that these elements make up a great brewpub. King also must have forgotten that a brewpub is nothing without world-class food and 15 different styles on tap. And surely King forgot that a brewpub has to win awards at festivals.

Maybe that’s how Amnesia, his Portland, Ore. brewpub, got its name.

Even if King did forget the so-called rules of becoming a successful brewpub, he doesn’t seem to care; nor should he. Amnesia’s dining room and beer garden are frequently full, and King is kept busy in the brewhouse along with fellow brewers Chris Spollen and Sean Thommen.

Since King opened the doors to Amnesia with his wife, Kristina, in 2004, the 1,700-barrel-per-year facility, located in an old ornamental iron shop, has been treating Portland beer lovers to King’s unique vision and approach to beer ever since.

Forget Being Picky
Amnesia is not the sort of place that prides itself on having “something for everyone.” In fact, if you aren’t in the mood for a dining experience centered completely on beer, then you might as well forget about going. Although some of King’s critics and customers have suggested he build a kitchen, all of Amnesia’s dishes—like homemade German sausage and artisan burgers (not to mention the vegetarian options)—are cooked on a simple charcoal grill outside the warehouse, allowing King to focus on what’s most important—the brewery.

“It’s all about the beer. … People want us to expand our menu and get a kitchen—we’re not doing that,” King says. “I don’t care if people don’t want to eat there, that doesn’t bother me.”

The truth, though, is that Amnesia is taking steps to provide more options for its customers. King recently applied for, and received, a license to sell liquor. This allows him to provide something for those who might prefer a cocktail over one of Amnesia’s five mainstay beers.

King is also working on finding new space for the production side of things. With the current on-premise seven-barrel system, six fermentation vessels and a couple conditioning tanks, King is working hard just to meet the demand at the brewery and numerous off-site accounts around the area. Finding time to develop new styles isn’t always easy.

“This coming winter, we will be expanding. We are looking for a production warehouse, not a pub,” King says. “A place where we can do real lagers—a place where we can make a couple different Belgian beers with different yeast strains. I want to do a cherry beer on the wood with oak and real fruit. And when I say a real lager, I mean aging it for three or four months.”

After starting in his kitchen, like so many brewers do today, King has found a balance somewhere between his roots and the technical skills he learned while working for six breweries in nine years—including Rogue, Pyramid and RedHook.

“We took homebrewing very seriously,” King recalls of brewing sessions with his friends. “We were getting wasted every Saturday morning, but we were writing shit down and taking notes. Then I started working for these breweries and realized that I could do this.”

It was in those breweries where King began to better understand what it took to brew on a commercial level. He developed a sense of intuition that allows him to operate Amnesia’s brewing without fancy gadgetry equipment: Apart from weighing out the hops and grain, every measurement at Amnesia is done by sight and feel.

King uses no gauges to determine the water-to-grist ratio, and in the early days, he wasn’t even taking many notes.

“It’s not being lazy and it’s not taking shortcuts, it’s just doing what you do,” King says. “We don’t have to think about it, we just do it. And we really enjoy it. It’s a lot of fun to work at Amnesia.”

Don’t Forget the Beer
It might be easy to become distracted by some of the extraneous details that make Amnesia Brewing a unique destination, but none of them would be worth mentioning if Amnesia didn’t provide quality beer. Part of Amnesia’s draw is that King is willing to do what it takes to ensure that his beer is the best it can be.

“We don’t care how long it takes before our beer is ready. We do not rush our product,” King says. “We use Maris Otter floor-malted malt only. … The price for a pound is over double what most of these breweries are using in Portland. Canadian two-row is, like, 38 cents a pound. Maris Otter is around 78. But we don’t care.”

Maris Otter provides the backbone for two IPAs (Copacetic and Desolation), an ESB called simply The ESB, the Slow Train Porter and the Dusty Trail Pale Ale (which is comprised solely of Maris Otter malt and Cascade hops).

“The Maris Otter gives it a nutty richness and it extracts very well,” King says. “It’s good stuff, man. We’re not at all held up or stopped by a budget when it comes to the beer.”

Amnesia also brews summer, spring and fall seasonals, and some Christmas beers, but focuses mainly on the standard offerings. All of King’s beers are full of flavor, because he mashes at a high temperature.

“All of our beers are wet. I don’t like dry beers,” King says. “Most of our beers are mashed high. We have high mash temperatures, above 155—from 155 to 158, and what that does is give you a nice wet beer in the finish. You lose a little bit of the alcohol, but we make up for that with more malt and Maris Otter.”

There’s just one more thing that seems to have been forgotten—the hops. Amnesia steers away from the reputation of Portland breweries and brewpubs as being hop-centric havens.

“I feel like a lot of Oregon breweries, the beers are unbalanced,” King says. “I feel they’re very bitter, and they over-hop them just to over-hop them. They say there’s 120 IBU in that beer, but so what—it tastes like shit.”

What’s on Tap
Copacetic IPA : Bittered with Shinook hops and dry-hopped with Amarillo
Desolation IPA: Bittered with Shinook hops and finished with Crystal
The ESB : Made with all English ingredients, it is a typical ESB
Slow Train Porter: A rich, chocolaty Porter made with black and chocolate malts
Dusty Trail Pale Ale : A single-malt, single-hop beer made with Maris Otter malt and Cascade hops

What He Said
“When we’ve got a little daylight and say, ‘Oh wow, we’ve got a fermentor,’ we’ll do something, but we don’t like to do that all the time because people start to expect that. I don’t want to try to do 15 beers—I want to do a few really good ones.”– Amnesia Brewing Company owner and brewmaster Kevin King ■ 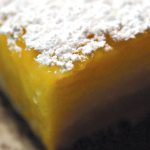 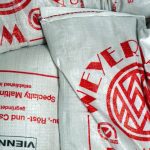