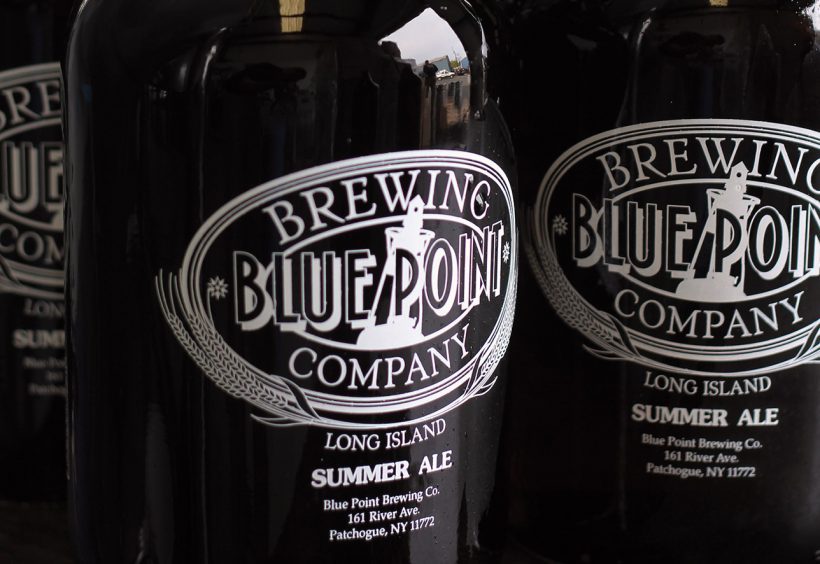 It is a fundamental and time-tested truth that with growth come growing pains. The recent expansion and sale of Goose Island serves as a reminder of the difficult and limited options facing brewers as they grow from small, local operations into regional icons. Mark Burford, brewmaster and co-owner of the Long Island-based Blue Point Brewing Company, opened his brewery in 1997 with partner Pete Cotter, and he’s developed a blueprint for surviving the peaks and valleys of turbulent economies and consumer tastes.

Burford and Blue Point endured dry times and wallowed in the flush ones by remaining loyal to the local foundations that helped in the beginning, refining their methods to increase efficiency and reduce their impact on the environment, and, of course, by keeping their beer in the spotlight.

Get Big, but Act Small
Burford and Potter will never forget everything it took to build Blue Point. Long before they maxed out their credit cards, pouring every cent of their savings into the company, they started with the dream of giving Long Island something they felt it deserved—a brewery of its own.

“Back in the mid ’90s to later-on ’90s, I was working in some other breweries and my partner worked in the distribution side,” Burford says. “There weren’t any commercial production breweries here on Long Island, just some brewpubs. It was really just the right time to do it and sort of the right time in our lives. It was either do that, or work for somebody else.”

The two quit their day jobs to focus full time on the goal of owning their own brewery, and managed to scrape up enough money to take over a building formerly occupied by the Penguin Ice Company in Patchogue, N.Y. But the hard work was just beginning, as Blue Point would need the support of the local community in order to survive.

Just like they did to get funding, Cotter and Burford dedicated themselves toward building relationships with their neighbors and introducing craft beer to Long Island. “We really went into every single account once we got going trying to explain what it was, and we got a lot of people who thought we were crazy and thought you couldn’t brew down the street,” Burford says.

Their customers caught on quick though, and Blue Point enjoyed steady growth to the point that Cotter and Burford no longer self-distribute, and are currently looking to move their brewing operations to a newer, larger and more efficient location. But that doesn’t mean they’ll forget what made them successful in the first place.

“I think the one thing we learned from doing all the self-distribution and meeting people was how valuable having the one-on-one relationship with the customers is,” Burford says. “Once we went to regular distribution, we made it a big focus for us to keep those contacts somehow. You sort of get distant from your customers when you do regular distribution. “I think it’s important to try and minimize that separation between your customers. I realize you can’t see everybody all the time, but you want to try to make it out there … let people know you’re there.”

Get Big, but Leave a Small Footprint
The beer industry is earning a reputation as a leader in environmentally conscious business practices, and Blue Point is no exception. “I think it’s the only way we’ll survive going forward,” Burford says. “I think people will appreciate the fact that we’re trying to reuse everything. I think breweries are extremely green by nature because they’re trying to be efficient … everything definitely plays a part in your mind because you want to sort of leave the least behind.”

Burford compares Blue Point’s environmental responsibility to the frugal, practical nature of the brewer looking to extract every trace of sugar from the grain, and reduce the heft of the water and heating bills. But he quietly goes about making the world a better place through beer as well.

When the states around the Gulf of Mexico were dealing with waves of BP oil rushing to their shores, Burford wanted to help. A local charity was helping clean the animals affected by the spill, so Blue Point chipped in. Burford brewed a Black IPA, cleverly named “BP Toxic Sludge”—a play on Blue Point’s own initials, as well as British Petroleum—and donated proceeds from the sale of the beer toward the local charity. “[The beer] was a nice project that is finished at the moment, but I expect it to come back some time soon,” Burford says.

Of Course, the Beer
Hard work, people skills, funding and good deeds are all great tools, but Blue Point would not have grown into a 41,000-bbl/year brewery (with a projected 55,000 barrels this year) if it made forgettable beer. Burford and Cotter have learned a lot over the years, but knew all along that the beer was the soul of the brewery.

“We’re trying to make the beer first, then market it and figure out how to sell it after,” Burford says. “That way, everybody believes in it before it goes out … we’re sort of a brewer-owned and focused brewery. That’s where things start and end—we figure out the rest after.”

Blue Point continues to brew the first beer it produced, Toasted Lager, as well as a variety of seasonals and specialties. However, the brewery is probably best known for its IPA—Hoptical Illusion. Brewed with Mount Hood, Amarillo, Columbus and Centennial hops, Hoptical Illusion carries a complex hop profile that pulls on the sensory strings of hopheads.

“It’s certainly not the craziest one I’ve ever had, because they can get to extreme levels nowadays,” Burford says. “I always try to bring balance to the beer. I like to drink them, so I have to be able to drink them. I like to bring a little bit of that continental hop flavor in to blend with the citrus flavors of West Coast hops.”

As Blue Point moves into its new facility this fall, Burford plans on experimenting more with barrel aging—it currently plays around with Cabernet and Tabasco barrels, among others—and other specialties that wouldn’t be possible without expanding storage capacity and production.

“It certainly changes a lot of stuff,” Burford says. “We’ve got a much larger organization now, so you have to deal with a lot more folks. … The best thing I like about it is, in a growing situation, it really keeps you involved and connected. It keeps you completely going full speed at all times. It’s a fun way to come to work and have so many challenges constantly. When you’re running a growing business, the problems are good problems. There are plenty of businesses facing different problems right now with the downturn in the economy.”

And while it will be bittersweet for Burford and Cotter to say farewell to their old building on the river’s edge, a brewer’s task has always been to blend the bitter with the sweet, and Blue Point has been doing that for a while.

The Brewhouse
30-bbl steam jacketed system built by Stromberg
14 fermentation tanks of various shapes and sizes built by Mueller and ABT, as well as some French-made tanks
Annual production of 41,000 barrels with projected 55,000 bbls this year

What He Said
“We’re getting ready to move the brewery to a bigger facility in Long Island. That’s our immediate challenge. … That will get us a lot more capability to get more of our specialty projects out into the market. That’s what the brewers are looking forward to: To bring back the creativity to do different things every month.” –Blue Point Brewing Company co-owner and brewmaster Mark Burford ■ 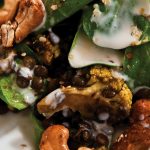 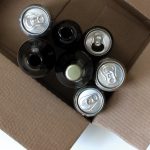