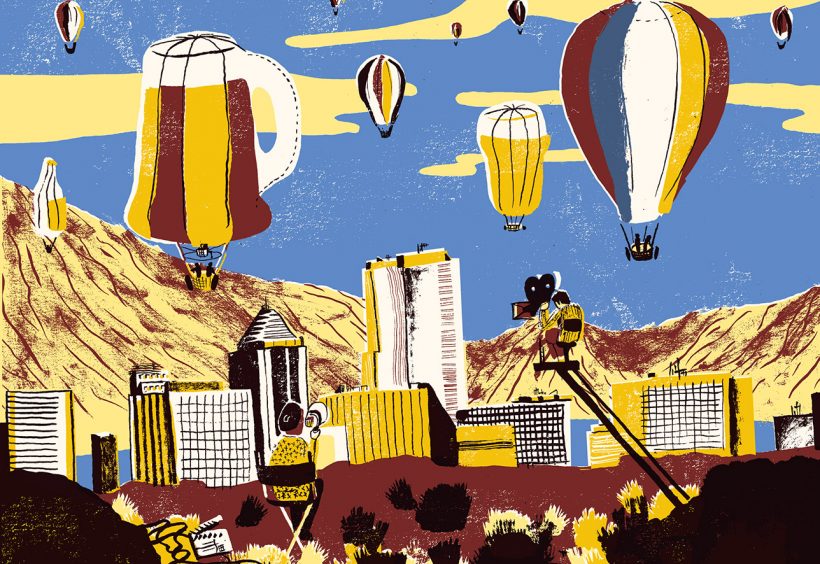 Sitting at an elevation of 5,000 feet, Albuquerque is flanked by the Sandia Mountains to the east and high desert mesas to the west. Although the Southwestern beauty of the New Mexico city has caught the eye of Hollywood in recent years—it’s the setting for the TV shows In Plain Sight and Breaking Bad—it’s still a well-kept secret that Albuquerque is also one of the most prolific markets of local, craft-brewed beer.

Part of the appeal of Albuquerque’s beer scene is that it isn’t trying to be the next Portland or San Diego. The craft community is still coming into its own, which means every beer-related event gains new craft beer converts and introduces them to initialisms such as “BCS,” “DLD” and “KBS.” But it’s also a city where you can still grab a bottle of The Abyss straight off the beer store shelf without having to know the beer guy’s secret handshake. The first Albuquerque Beer Week was held in April of this year with over 30 heavily attended events at local bars and breweries. With the addition of the brand-new Nexus Brewery and the soon-to-open Goat Head Brewery, Albuquerque will have more than 10 breweries in the metro area in 2011, with its residents hungry for more.

Marble Brewery
Marble Brewery has been one of the most influential in expanding the palates of former non-craft beer drinkers since its opening in 2008. The flagship IPA is Marble’s biggest seller; patrons sip them while watching live performances on the patio four nights a week. Marble recently unveiled their “Funkified Series,” batches of Sours utilizing a variety of blends from their 17 Woodford’s Reserve barrels. Marble also bottles on-premise and distributes their beer to three states.

ABQ Brew Pub
Green chile is the heart and soul of New Mexico cooking. ABQ Brew Pub was chosen for serving the “Best Green Chile Cheeseburger” at the 2010 N.M. State Fair. Judge for yourself while sampling a tap list comprised of beers from the local Sierra Blanca and Rio Grande breweries (including Pancho Verde green chile beer). The pub has a 10-gallon brewing system for guest brewer Ben Miller to experiment on. Miller won both the Samuel Adams Longshot challenge for his Mile High Barleywine and a gold medal in the Great American Beer Festival Pro-Am in 2009 for his Herbal Joe’s Columbarillo IPA … on the same day!

Southwest Grape and Grain
Albuquerque homebrewers go to Southwest Grape and Grain for the biggest selection of hops and barley in town. The knowledgeable staff will gladly help you tweak that recipe that’s not quite right, and they can also help you design an ultimate homebrew system from their large inventory of equipment. The store offers monthly homebrew seminars, ranging from beginner classes to expert Q&A’s with guests such as Stan Hieronymus.

Hallenbrick Brewery
A veritable welcome center for New Mexico’s craft beer scene, Hallenbrick Brewery offers rotating taps populated by fellow N.M. breweries as well as a few of the nanobrewery’s own. Hallenbrick’s Adobe Stout and Green Zia IPA are the usual house brews. The guest kegs are constantly rotating, but you can expect to see taps from Turtle Mountain, Santa Fe, Chama River and La Cumbre (opened in Albuquerque in December 2010, and owned by the brewmaster who partnered with ABQ’s Ben Miller on the 2009 GABF Pro-Am gold; he also took third in the 2008 Alpha King Challenge).

Il Vicino
Il Vicino serves up wood-fired pizzas at three locations around the city with beers supplied by their main brewery. The brewery/tasting room, dubbed Il Vicino Canteen, recently reopened after a nearly eight-month hiatus while constructing a new site. A multiple GABF medal winner, Il Vicino most recently took a 2009 silver in the Aged Beer category for their St. Bob’s Imperial Stout.

Savoy Bar & Grille
10601 Montgomery Boulevard NE
savoyabq.com
Upscale dining doesn’t have to mean nodding off at the table from that overpriced glass of wine. Savoy, along with its nearby sister restaurants, Zinc and Seasons, prove that fine dining and craft beer go hand in hand. All three restaurants host frequent educational dinners throughout the year, with recent dinners featuring beers from Sierra Nevada and Unibroue.

Blackbird Buvette [closed]
509 Central Avenue NW
blackbirdbuvette.com
The Buvette has something going on every night of the week, from the “Geeks Who Drink” pub quiz night to a “Poetry and Beer” night. Twenty-four taps pour a constant flow of beers, with choices like Ska Modus Hoperandi and multiple offerings from nearby Tractor Brewing.

Billy’s Long Bar
The sign outside Billy’s Long Bar boasts of having “The World On Tap,” and though that statement may contain just a tinge of hyperbole, Billy’s draft list runs 51 beers long—the largest of any bar in the city. The list ranges from Chimay White to Odell IPA, to Santa Fe Imperial Java Stout. Enjoy a frugal Tuesday at Billy’s, where you can munch on their 25-cent wings while paying only $2.50 a pint.

Kelly’s Brewpub
Formerly a service station along the famed Route 66 (now Central Avenue), Kelly’s Brewpub not only makes over 20 in-house beers, they also allow homebrewers to make their own 15-gallon batches on Kelly’s brewing equipment. A batch costs between $105 and $125 to create and amounts to about 72 bombers. Kelly’s location in the happening Nob Hill area offers a full menu and a dog-friendly patio that’s perfect for sipping beer while people-watching.

Anodyne
409 Central Avenue NW
theanodyne.com
Serving up Albuquerque’s largest craft bottle selection since the ’90s, downtown’s Anodyne is both pool hall and craft beer mecca. The 12 taps serve a rotating selection that includes a handle reserved for Stone seasonals, like Imperial Russian Stout and Double Bastard. The coolers are filled with over 100 crafts, with a large selection of bombers from the likes of Mikkeller and Rogue. ■ 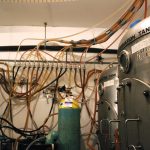 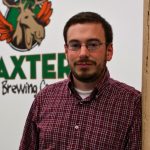