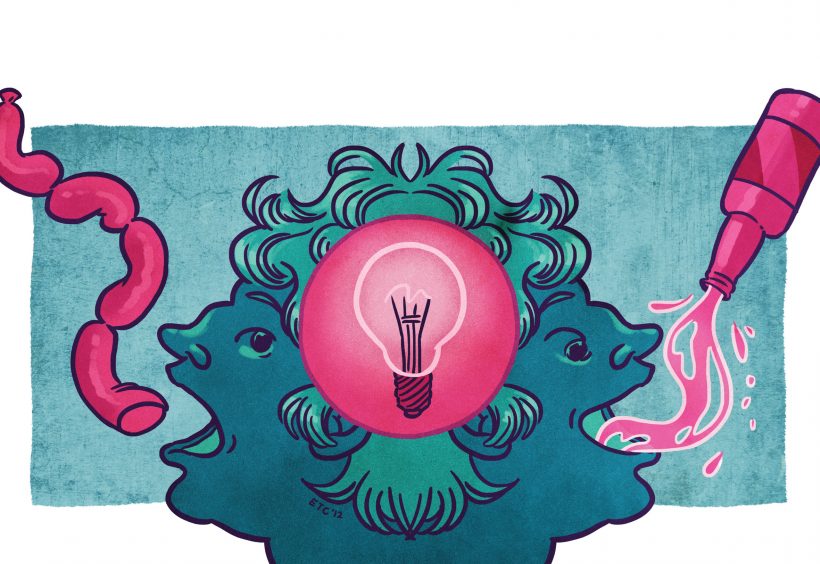 Homebrewers hit prime time recently, when an ad for a wing joint featured two buddies glad to be gathering at the bar instead of their homebrewing co-worker’s house. Woo! We’re mainstream enough to serve as joke fodder. While the commercial’s depiction of homebrewers was tired, there was one bit that stuck with me—the scary brewer’s beer of choice: a bratwurst beer with floating chunks of brats. Naturally, I wondered, how would I make a brat beer?

To allay your fears, I plan to replicate the brat spirit, not make a meat beer. The exact composition of spices and meats in a brat vary. The Wisconsin brat, for one, uses salt, pepper, nutmeg and ginger. Boring! Looking to Nuremberg in Germany, commonly believed to be brat’s original birthplace, we find salt, pepper, nutmeg, ginger, allspice, caraway and celery seed. Much better!

Nuremberg is also home to the Tucher Brewery, so our base has to be wheat. Use an American yeast to avoid competing with the spice. Caraway makes me think rye bread, so a bit of rye should be in the blend. We need to be careful spicing the beer, as the eugenol in nutmeg and allspice can easily overwhelm everything. It’s better to go light and adjust later if needed. I want to tantalize, not blast.

For those keeping track at home—I’ve never done this recipe, but think of it as a Roggen-Wit. I imagine German brewers clutching their chests in horror, and it makes me smile, because I’m a homebrewer.

Boil Notes
Take the first quart of runnings and reduce to a cup, allow it to get scary dark to add a bit of smoky complexity to the beer. 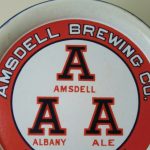 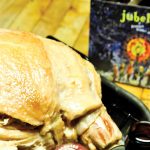