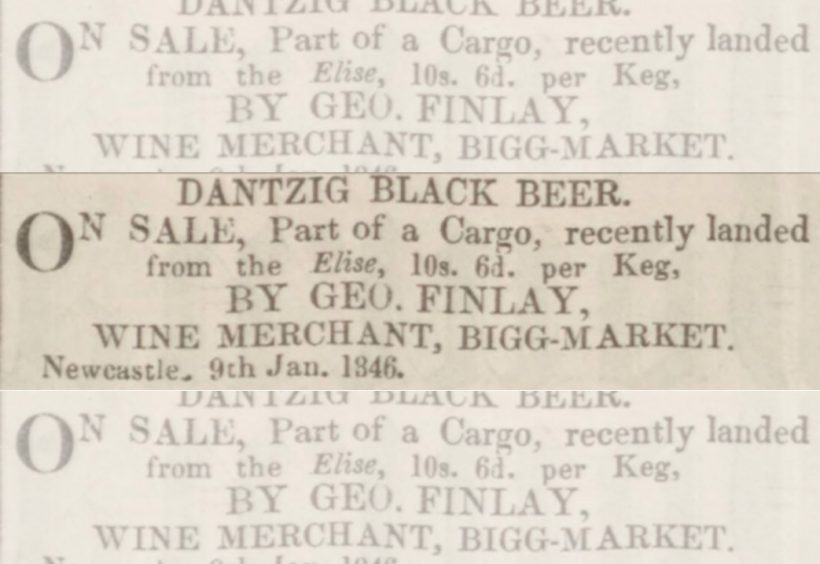 Hands up: Who thought spontaneous fermentation was unique to Belgium? It wasn’t, and lasted well into the 19th century in other parts of Europe, including Britain. And Germany. No, I’m not talking about Gose or another sour wheat style, but about one of the strangest beers brewed in recent times: Danziger Joppenbier.

Let’s quickly run through the unusual features of this beer: spontaneously fermented, an immense gravity, an extremely slow fermentation and a ridiculously long boil. It scores highly in the odd stakes. It was similar to Braunschweiger Mumme, except with more alcohol.

“Joppenbier is in many respects very interesting. It is made from a highly concentrated wort – the Saccharometer degree is about 49 percent. …

The fermentation is a so-called spontaneous fermentation. Fermentation usually begins in July – although it is the same whether the beer is brewed in January or April. The wort is first covered with a thick blanket greenish-white mould; when the mould spores are in sufficient quantity to force their way into the wort and to grow to a very characteristic yeast, then the fermentation begins, which only in September subsides enough so that the beer becomes clear and can be drawn off. The attenuation is during this period up to only about 19.”
Schule der Bierbrauerei by G.E. Habich, 1865, pages 402 and 403.

I assume the gravities—OG 49 and FG 19—are Balling. They equate to an OG of around 1196 and an FG of 1076. Even the most crazily strong Scotch Ales only had an OG of 1140. As I’ve no analysis of Danziger Joppenbier, we’ll have to make do with some from its almost-as-crazy relative, Mumme.

While Mumme was barely fermented and contained pitiful amounts of alcohol for its gravity, Danziger Joppenbier had a fairly normal degree of attenuation, higher than that of most strong Scotch Ales. This can probably be attributed to a mixed fermentation involving bacteria as well as normal yeast. As with Lambic, the various bugs could slowly chew their way through sugars that normal Saccharomyces couldn’t digest.

Habich usefully gives other details, such as the hopping rate, which works out to just half a kilo per hectoliter of beer. In layman’s terms: blooming low, a similar level to that notably hoppy style Berliner Weisse. I think it’s safe to say that it must have been pretty malty. According to Habich:

“The resulting beer is dark brown, extremely rich … and sweet – the smell is pleasant . . .. It is not possible to drink much Joppenbier.”

I doubt anyone could drink much of a thick, treacly, 16 percent ABV beer.

Strangely, Joppenbier wasn’t even brewed for the German market. The vast majority was exported to Britain, where it was used as a mixer, sometimes for medicinal purposes:

“Infallible Cure for Colds.—Two tablespoonfuls of Dantzig black beer, taken with hot water, sugar, and about half-a glass of old rum, or malt whiskey, immediately before going to bed, is said to cure the most obstinate and long-standing colds, and has succeeded where every other remedy failed.”
Bucks Herald – Saturday, January 7, 1843, page 7.

The amounts involved weren’t huge. According to official Prussian statistics, 24,300 quarter Prussian barrels were exported in 1862, the equivalent of 4,250 imperial barrels.

Will Joppenbier ever be revived? I doubt it. That greenish-white mold sounds just too scary. I wouldn’t want a monster like that in my brewery. ■ 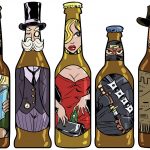 Previous: The Futility of Beer Styles 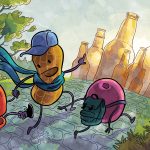