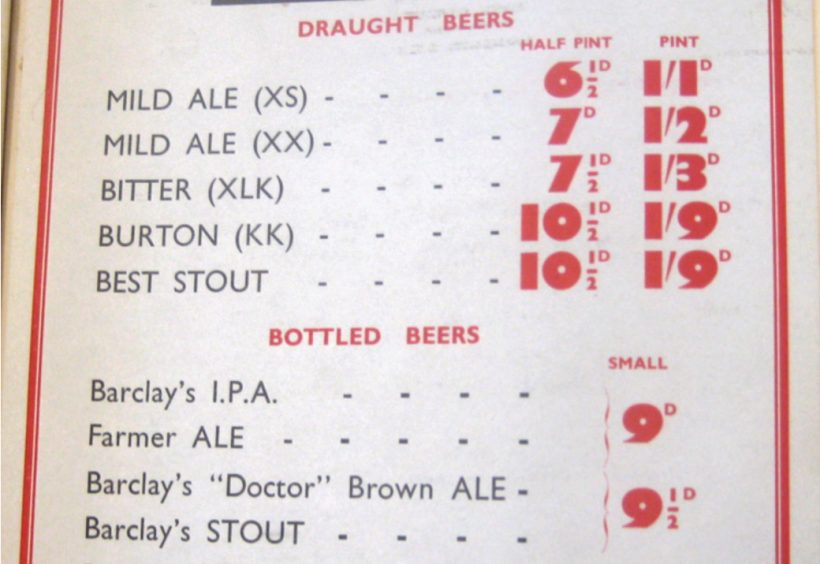 According to many beer histories, English Stouts—Milk ones excepted—disappeared in World War I, allowing Guinness to dominate. It’s another example of projecting the present backwards. From the perspective of 1970s Britain, Guinness was Stout. As usual, the truth is much more complicated.

If you think about it carefully, it would have been weird for London brewers, many of whom began as Porter brewers, to turn their backs on Stout. They didn’t. It was too important a market to ignore; in 1939, over 20 percent of Whitbread’s total production was Stout. But World War II wasn’t the end of the story. Stout, while it had become a bottled product in much of Britain, was still very much alive as a draft beer in London after the war. And most breweries in the capital produced several bottled Stouts of differing strength and character.

If you look at the table, you’ll see that the Stouts fall roughly into three groups: Sweet Stouts with an apparent attenuation of less than 60 percent and often very modest gravities; drier Stouts with a more normal level of attenuation; and strong Stout. A couple of them look very similar to Guinness Extra Stout, which I’ve included for comparison, although it is possible that it was also brewed in London, at Guinness’ Park Royal brewery. Starting with the Sweet Stouts, the low level of attenuation means that most barely count as intoxicating drinks. I’m sure I’ve drunk shandies that were stronger than the Wenlock Oatmeal Stout. There’s irony in a Stout—which originally just meant “strong” in a beer sense—with an ABV of less than 2 percent.

There’s a wide variety of strengths amongst the more-attenuated Stouts, ranging from the low 1030s to 1049. The two strongest, Reids Special Stout and Truman’s Black Ben Stout, bear more than a passing resemblance to Guinness Extra Stout. A gravity in the upper 1040s really was pretty strong for a British beer of the time … making the next two even more exceptional.

The average gravity of the other Stouts is just 1038. Then there’s Reid’s Stout and Russian Imperial Stout, a beer now better known under the name of the brewery that bought up Barclay Perkins: Courage. Here’s a beer worthy of the designation “Stout.” A beer brewed not just to its pre-World War II strength, but to its 19th-century strength.

I had wondered about whether it was worth including the acidity column. Often it doesn’t say very much. But in this case, it does. The two beers with the highest level of acidity are the two strongest. In the case of Russian Imperial Stout, I know why: It had a long Brettanomyces secondary fermentation. Something dropped when it was recently revived.

One remark about the color: All are pretty dark, but I was surprised to see that Guinness is the palest of the lot.

It’s sad that not one of the London breweries in the list still exists. Truman, which closed in the late 1980s, survived the longest. Fortunately, the last few years have seen an upswing in London brewing, with dozens of new breweries. London may not be Britain’s brewing capital again, but at least London Stout has returned. ■ 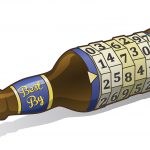 Previous: The Ruse of Best-By Dates 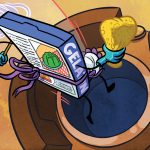