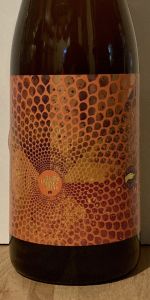 Notes: Sofie, as you have come to know and love her, is a saison brewed with orange peel and aged in wine barrels. Keep citrus in the family, Paradisi uses grapefruit. 60% ale aged in barrels with grapefruit, 40% ale.
View: More Beers | Place Reviews
Recent ratings and reviews. | Log in to view more ratings + sorting options.

Reviewed by Unholy_UFO from Indiana

4.12/5  rDev -2.4%
look: 4.75 | smell: 2.75 | taste: 4.75 | feel: 4.25 | overall: 4.25
Look: has a head that shows up and leaves quickly after doing a loud fizz. Visually looks like mead or cider, sounds like champagne.
Smell: I'm not a fan of the smell but it let's me know that there is some slightly sour flavor going on that will be enjoyable.
Taste: for a beer that has sat for more than 7 years, this drinks very well in an elevated chugging way. The body is great, and the peach low notes come through. Not in the way a lot of peach beers or wines reflect the flavor, this is a darker, almost closer to nectarine. It tastes like it came from the ripened fruit near the stone of the fruit. Great body.
Body: the body is nice and level.
Overall: if you can find it drink it, and don't save it for a great day, anyway with this is great.

The smell is that typical, earthy farmhouse funk. I'm not getting much grapefruit but there's a hint of orange

The mouthfeel is medium and a bit fizzy.

Overall, a very nicely executed beer that seems to have stood up well for a couple years.

Notes via stream of consciousness: Seeing as how this is named "Sophie Paradisi" I can only assume that it's a variation of "Sofie". Obvious right? OK, moving on, the label reads "Belgian-style ale blended with Belgian style ale aged in wine barrels with grapefruit juice and grapefruit peel", and "...with prominent grapefruit character bubblegum & peach esters". I'd say that those descriptors are quite accurate with the exception of "prominent" grapefruit. I get the grapefruit but I don't think it really stands out as "prominent". I also get the peach, mainly in the flavor, followed by the bubble gum - well, it's in the mix, but not as strong, I don't mean I necessarily get them in that order. There's also grainy malt, a median sweetness, a median bitterness, and some background hops. But I've jumped ahead. it's a lightly hazy golden-orange in color beneath a short head of white that fades rather quickly. Normally I'd chalk that up to a less than "beer clean" glass but I don't feel that it's really that well carbonated, at least for a saison, and as a barrel aged beer it's undergone a lot of transfers and probably lost some head retention in that. Back to the taste, I think I've pretty much covered it already. There's a light acidity to it but it's not really even tart, and the fruitiness marries well with the malt that's there and it doesn't seem overly fruity at all. Ahh, I almost forgot, I don't find a lot of character from the wine barrels - not in oak, nor in wine. I'm sure there's something there, but within the complexity of the yeast character and the added grapefruit zest and so forth I'm not finding it clearly. That's OK though, as stated, I'm sure it's there and it's adding something BUT let me toss this in as well, it's not as interesting or exciting as I thought it would be. So where are we at? Mouthfeel? I think I've covered that a bit. It's medium bodied but I feel like it should be a bit more carbonated and crisper as a saison, although at the same time if they did that you might not get the peach-like notes as nicely. I dunno. Overall it's a pleasant, enjoyable, and interesting beer.

Reviewed by seedyone from New York