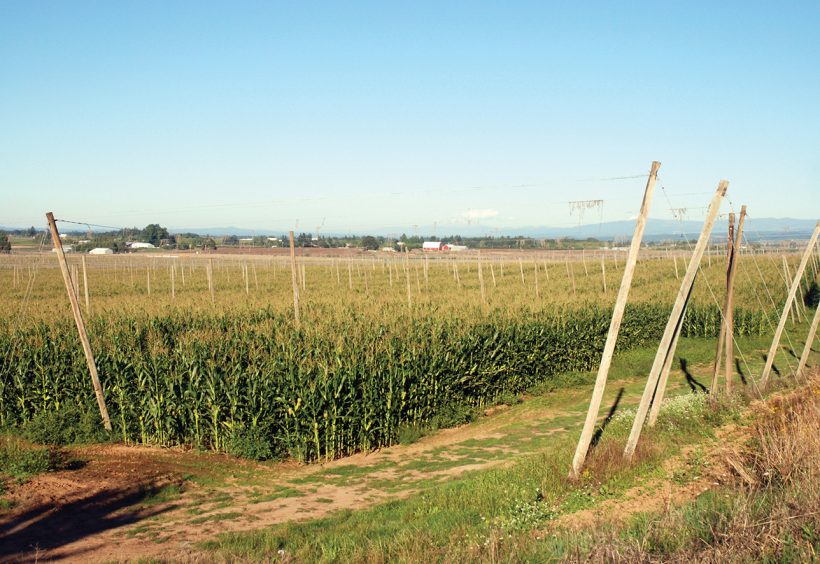 In 1867, when New York state hop farmers grew about three quarters of the American crop, they expected to harvest more than 12 million pounds. Instead they baled less than 2 million. Now that was a hop shortage.

Farmers today still must contend with insects (aphids did in that 1867 crop), disease (New York growers eventually lost their fight with downy and powdery mildew), and the weather (last year production in Germany dipped 20 percent because of bad weather). However, if there is going to be a hop shortage of the magnitude suggested by stories in The Wall Street Journal and elsewhere, it will occur because not enough brewers recognized a structural change in the hop market that they caused themselves.

Hop acreage around the world has been shrinking for generations. Blame brewhouse efficiencies and brewers deemphasizing hop character (both bitterness and aroma). Likewise, hop farmers became more efficient. They needed fewer acres to provide what the brewing industry needed because breeders created hops richer in alpha acids. In 1911, growers worldwide strung hops on more than 240,000 acres to support production of 273 million hectoliters of beer. One hundred years later, brewers made about seven times more beer—almost 2 billion barrels—and farmers planted half the acres of hops.

Although American craft brewers produced a modest 7.4 percent of the beer brewed domestically in 2013, they used 52 percent of the aroma hops grown. On average worldwide, most breweries need two to three ounces of hops to produce a 31-gallon barrel of beer. Craft brewers use 1.3 pounds. Growers have been able to plant the varieties craft brewers want because demand from the world’s largest breweries diminished during the previous five years. That will not continue. American farmers in Washington, Oregon and Idaho harvested 35,224 acres of hops in 2013 (and planted about 9 percent more in 2014). If craft production is going to double in the next few years—per the Brewers Association’s goal of a 20 percent sales share by 2020—farmers will need to plant and harvest about another 18,000 acres just to meet demand from craft brewers.

How tough could that be? New York farmers grew almost 40,000 acres of hops in 1879, California farmers 9,500 as recently as 1951 and Oregon farmers 16,300 in 1929 (compared to 5,500 planted this year). Although there were good reasons that hop farming disappeared pretty much everywhere other than the Northwest, it seems that local farmers growing hops for local breweries may be one part of a new equation. For the first time in 2014, the Hop Growers of America began tabulating acreage beyond the Northwest. They documented 880 acres, but administrator Ann George suspects the actual number exceeds 1,000. The total is certain to increase. At Cornell University, Steve Miller, who has been at the center of New York’s efforts to revive hop growing, estimates that about 75 farmers in the state have two to five acres of hops, and most have the potential to expand. Likewise, farmers in Michigan, Wisconsin and Colorado are investing in equipment and hops themselves.

“It’s going to be important to manage every acre,” says Jason Perrault of Perrault Farms in Washington’s Yakima Valley. The farm has expanded systematically since 2008, when it had 650 acres under trellis. Next year they will have 1,300 acres. That required investing millions of dollars, adding drying capacity and building a new hop picker as well as installing trellises, irrigation and of course, planting hops.

It’s the sort of investment needed many times over, but just how much isn’t clear. Planning was much easier for farmers, Eric Desmarais of CLS Farms explains, when there were a few larger breweries buying hops. “They’d say they needed 20 million pounds, dealers would go out to growers and write contracts for 20 million pounds with 14 growers,” he says. “Now with craft you’ve got 4,000 small incremental buyers.”

All the hops growers expected to harvest in 2014 were spoken for, or under contract, by last spring. Eighty percent of the 2015 crop is already under contract, and 65 percent of the 2016 crop. In simple terms, farmers will plant hops and build the necessary infrastructure for brewers who commit to buying. Brewers without contracts may end up paying higher prices, or they won’t get the varieties they want.

According to Perrault, “it will take a combination of things” to meet demand:
• New farms, which most agree must be at least 600 acres to be efficient. Conservatively, it would cost $30 million for 600 acres and necessary infrastructure in Washington or Oregon. More land is available in southern Idaho, at better prices, and with sufficient water.
• More picking and/or drying capacity. The popularity of new varieties such as Citra and Mosaic, and the exponential growth of Cascade and Centennial, puts pressure on processing, because most of these varieties pick within the same time frame.
• Stringing hops on trellises already in place on land where corn and other crops were growing until recently. That includes at least 1,000 acres in Oregon and Washington.
• More farms operating 24 hours a day during harvest. Farmers will use their existing infrastructure around the clock if the price is right.
• Hop breeders finding efficient high alpha varieties. “They could eliminate 30 percent of the acreage need for alpha,” Perrault says.

That would ease some pressure on prices, but it should be obvious that to pay for the infrastructure needed, hops, and therefore beer, will cost more. And that’s another story. ■ 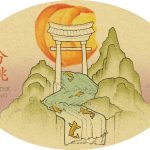 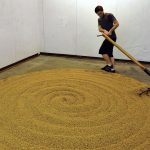