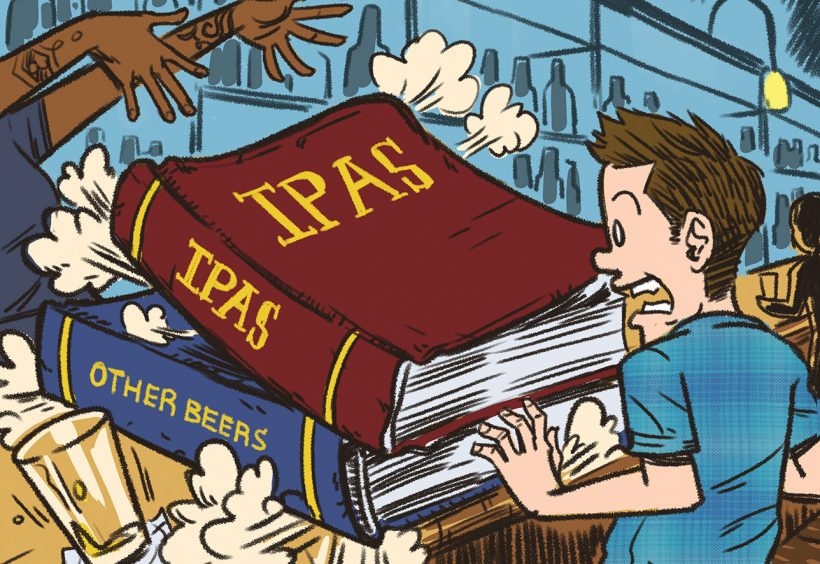 Step into a bar specializing in craft beer in almost any corner of the country and the experience that you’ll have is likely to be near uniform: a lengthy draft list containing 16, 24, 40, or more taps, each entry dripping with style or flavor descriptions. Or there’s a blackboard boasting dozens and dozens of selections, often accompanied by obscure brewing numbers and glassware suggestions. The experience is exhausting if not downright intimidating, even for those who consider themselves well acquainted with beer. Visiting many beer bars is asking to be walloped with sensory overload. Too many choices. Too much information. Just too much.

Hundreds of beer bars across the nation fill their countless taps with brands that flit and flicker with the humming frequency of a blinking eye. Charitably called variety, the promiscuous and seemingly indiscriminate nature of the selection of these offerings resembles a kid grabbing at shiny things in a toy store. Assembling such chaotic beer lists is not a sign of higher craft beer consciousness, it’s giving in to the basest instinct to constantly grasp for the new, the unknown, the next big thing. Whether you view the need to never try the same beer twice a trend or a fad, the profligacy over the long term is unsettling.

In an era of excess, thoughtful curation has become a rare beacon of hope for beer drinkers. Variety without greater purpose ironically results in heterogeneity, a circular death spiral where depth succumbs to near limitless choice. While a diverse catalog of beers is important, it’s always enjoyable to patronize establishments where beer buyers try to take their customers on a defined journey. Too often diversity is defined as having both IPAs and Pale Ales. It’s as if dozens and hundreds of other styles and sub-styles simply never existed. Having moved beyond the extreme beer movement, I hope that our transition through the age of IPA is swift.

Despite having broad beer portfolios to choose from, drinkers often remain intensely focused on flagships and big-selling brands to the detriment of less familiar beers and styles. As consumers we only see the IPAs and shiny one-offs. The Stouts, Porters, Brown Ales and Bitters are practically invisible.

As the craft beer industry’s functional definition of diversity becomes increasingly myopic, I find myself more interested in deeper explorations of styles and breweries. Beyond the scattershot beer lists of today, I’d like to see bars and restaurants present several offerings from a more limited number of breweries. Focusing on a small number of breweries for a dedicated period of time would allow consumers to dive deeper into a selected brewer’s portfolio, providing greater insight and the opportunity to get to know a brewery and its approach. In earlier days, this is how bars worked. At my local in St. Paul, Minn., a decade ago, I could always count on having at least five different beers from local stalwart Summit. I could drink Extra Pale Ale one night, Hefe Weizen another, and still others, Great Northern Porter, in addition to excellent seasonals such as Heimertingen Maibock. As a consumer, I got to know the true character of Summit through its diverse range of beers.

Another approach is to routinely focus on a small number of styles. The Willimantic Brewing Company in Connecticut, a hybrid brewpub and beer bar, regularly brews a style and then owner Dave Wollner brings in a bunch of other brewer’s versions to allow his customers to develop a better understanding of the style.

Variety for its own sake is exhausting. As I’ve written before, smarter and more focused curation of beer lists is a promising way to better serve both consumers and brewers. ■ 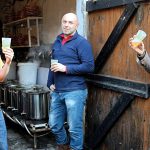 Previous: Cultivating a Sense of Place in France 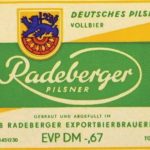