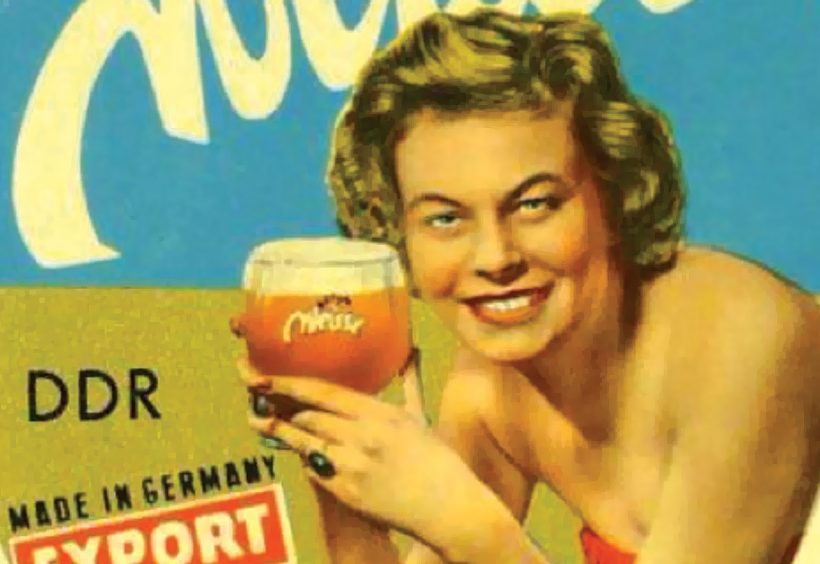 The deeper I dig into beer history, the more I realize that much received wisdom is bollocks. Or that reality is just more complicated. Berliner Weisse is a great example of this fact. Like all styles that have been around for more than five minutes, Berliner Weisse has undergone several transformations, adapting to technological, political and social change. It’s currently in a very sad state in Germany, hanging on by a thread. Only one version, Kindl, is made in any quantity, and it’s barely authentic.

Origins
Let’s go back to the beginning for the origins of the style. Berliner Weisse is usually considered to be a development of Broyhan, a Weissbier that first appeared in the 16th century and was incredibly popular across northern Germany for several centuries. In the late 1700s, Berliner Weisse seems to have emerged as a distinct style of its own.

I should explain something about the term Weissbier. It’s usually translated into English as “wheat beer,” which includes a very dangerous assumption. Because although many types of Weissbier did contain wheat, this cereal has nothing to do with the name. The term refers to beer brewed from air-dried rather than kiln-dried malt. The latter, logically enough, was called Braunbier.

18th Century
The first detailed description of Berliner Weisse brewing I’ve found is in the Oekonomische Encyklopädie by J. G. Krünitz, published in 1773. It’s fascinating how some of the distinctive features of the style’s brewing methods had already appeared. Krünitz describes the grist as two-thirds wheat malt and one-third barley malt, mashed by a decoction method. This was an important technique, as Berlin brewers didn’t want to boil the whole wort. Instead they added hops to the decoction.

Lactic acid bacteria is very sensitive to hops and over-hopping can kill it easily. Not a problem—in fact a blessing—when brewing most styles. But Berliner Weisse relies on Lactobacillus to acquire its trademark sour note. Over the years brewers have used several techniques to get around this problem. We’ll learn about these later.

Some of the wort was drawn off before cooling and pitched with yeast. By the time the rest of the wort had cooled, it would already be fermenting and could be added to the main body of wort. What’s slightly bizarre is that this wort was pumped back into the mash tun to ferment. The yeast was only repitched once then replaced by fresh yeast from Kottwitzerbier, brewed in Kottbus in Silesia. At the time, Berliner Weisse wasn’t usually sold on draught. Barrels were dispatched to publicans, who then bottled it.

The grist was still two parts wheat malt to one part barley malt. During a decoction, the hops were boiled for 15 minutes with part of the mash. Though some brewers had developed an alternative method, where part of the mash was boiled for 45–60 minutes. The longer boil had the advantage of requiring fewer hops, as more character was extracted from them.

The wort was now fermented in trade casks, rather than the mash tun, and the fermentation was quite lively, spurting yeast and beer from the bung hole. Expelled beer was collected in bowls and returned to the barrel. This is very similar to a process in British breweries called “cleansing,” in which most of the yeast is removed from the wort. The most sophisticated form of this process was performed in Burton unions. At the end of fermentation, the beer was bottled. Based on the quantities of malt used, the beer probably had an OG around 1045º, quite a bit higher than today.

Late 19th Century
Berliner Weisse retained its popularity in the late 19th century, managing to keep the new-fangled Bavarian beer—lager as we would call it—at bay, at least for a while. It was consumed in specialist pubs called “Weissbier Ausschank.” Hidden away on quiet side streets, they were frequented almost exclusively by regulars. Here’s a description of such an Ausschank by a British journalist:

“Before every one stood a gigantic tumbler, containing a liquid, pale and clear as Rhine wine, and surmounted by a huge crown of froth. This was the famous “weiss.” The liquor being ordered and duly brought, we observed that the quart bottle filled not more than one-third of the large glass, the voluminous head of froth not only occupying the remaining space but foaming over the sides. Hence the necessity for such capacious tumblers, which a novice is only able to raise to his lips by the aid of both hands. Not so however, the experienced weissbier-drinker, who by long practice has acquired the knack of balancing, as it were, the bottom of the glass on his outstretched little finger, while he grasps the side with the remaining fingers and thumb of the same hand. A preliminary nip of kummel (aniseed) is considered de rigueur, and, this disposed of, the Berliner will drink his four quarts of “kuhle blonde” as weissbier is poetically termed by its admirers – as readily as his native sand sucks in a summer shower.” — Aberdeen Journal, Wednesday February 26, 1879, page 8.

The glasses in which Weissbier was served were indeed enormous, looking more like small fish tanks than drinking vessels. Interestingly, Berliner Weisse once came in a variety of strengths. In addition to the usual Schankbier (8–10º Plato, 3–3.5 percent ABV), there were also versions at Vollbier (12º Plato, 5 percent ABV), Märzen (14º Plato, 5.5 percent ABV) or Starkbier strength (16º Plato, 6.5 percent ABV).

One last surprise: According to Dr. Franz Schönfeld, a brewing scientist based in Berlin who spent his career studying the style in great detail, Berliner Weisse was brewed with smoked malt until 1860. Next time we’ll look at how Berliner Weisse developed in the 20th Century. ■ 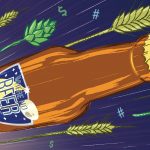 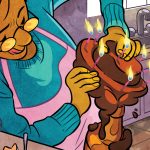