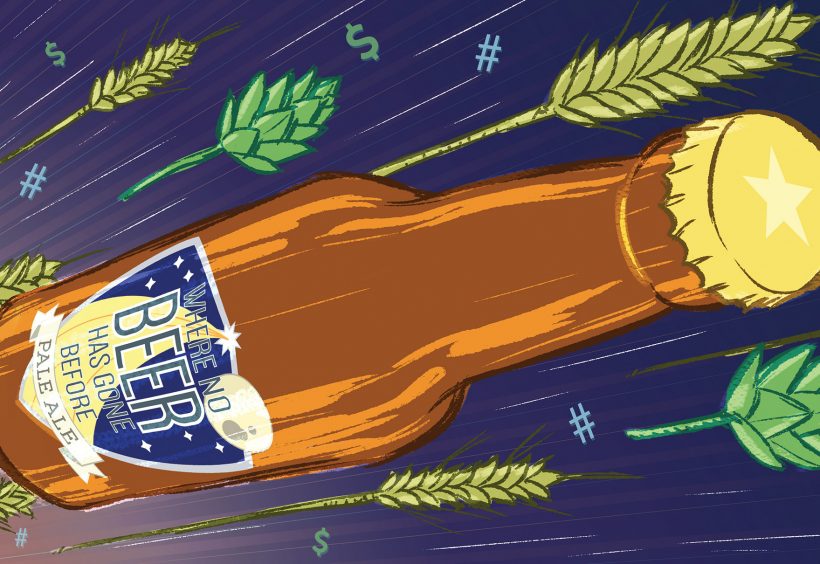 Anniversaries present an opportunity to reflect on where you’ve been, contemplate your journey to the present, and dream of the future to come. But craft brewing is moving lightning fast, offering very little time for reflection. Growth can be both rewarding and punishing, and slaking its thirst often becomes all consuming. This rapid growth and fast-paced drive forward obscures our ability to take stock of our present situation and a broader view of the horizon ahead.

Amid the introduction of hundreds and thousands of new brewers—some small, some unbelievably large—we are witnessing a massive changing of the guard. For many decades the pioneers, from Anchor to Sierra Nevada, and Boston Beer to Brooklyn, defined craft beer in America. They led the charge, determined the narrative and shaped the outer reaches and scope of innovation.

As a drinking collective, however, we’ve moved from regarding Ambers and Brown Ales as cutting edge, through an age of extreme, anything goes beer, to the modern dominance of IPAs. Where industry observers once scoffed at the idea that consumers would accept a cloudy wheat beer, we’re now experiencing the emergence of a mainstream acceptance and celebration of sour beers.

America’s oldest breweries face a host of challenges ranging from demographics to succession, not to mention ankle biting competitors and the consumer’s ever-present FOMO and search for the new. The youngest demographic, namely drinkers under 30, has always been crucial for beer sellers. After all, they consume the most beer. While the present demographic, the so-called millennials, is naturally inclined toward craft beer, variety is truly the new currency. Lacking in brand fidelity and driven by a passion for experimentation, these drinkers cycle through all the buzzwords: artisanal, local and authentic. They’ve never lived in a world where Sierra Nevada Pale Ale and Boston Lager didn’t exist. As one brewer told me, these are potentially your granddad’s beer.

Keeping up with the increasingly fractional interests of young drinkers is a test for old guard craft brewers, which are better geared toward a world that celebrates steady, consistent flagship brands. Sierra has done well with Torpedo, Hop Hunter and its specialty IPA releases, but at the expense of its flagship Pale Ale. New Belgium has experienced similar hardships with Fat Tire. Veteran craft brewers now have to incorporate constant change into their respective DNAs, all while maintaining a dizzying production volume.

Succession also remains a key challenge for many pioneering brands that have been battling in the business for 20, 25 or 30 years. While a small handful, such as Bell’s Brewery, are positioned to stay within the founding family, most must look outside the company for an exit strategy. And with each new expansion plan requiring the expenditure of millions of dollars, those pioneers on the cusp of retirement understandably shudder at the thought of taking on such debt so late in the game. In talking with brewers, however, the absence of a clear succession plan has been a recurring topic.

Without sons and daughters ready to take over, the remaining succession models have become increasingly clear. The first one to take hold remains the most controversial: sell to the big guys. With numerous business startups, the entrepreneurial approach is to build a popular consumer product to sell to larger industry concerns for a hefty profit. Breweries appear to be the lone exception.

Whether initially undertaken as a method of aiding distribution or as a way to infuse cash to buy out early investors, “selling out” to Big Beer has been and will remain a poison pill for most craft brewers. After years of rumors, with only the occasional sale to stoke concerns, the past year has seen a substantial uptick in such deals. In a country with more than 3,000 craft breweries, it’s hard to determine what impact such sales will have in the future. We can, however, be sure that we’ve not seen the last of the mega deals.

Beyond selling to a macro brewery, we’ve also seen some movement on sales between craft brewers. The Alpine to Green Flash, Angel City to Boston Beer, and Perrin to Oskar Blues deals portend a new era of potential partnerships that extend far beyond mere collaboration beers. As regional and national craft breweries continue to grow, strategic and geographic acquisitions will increasingly make sense, offering perhaps a softer landing pad for brewers seeking out retirement options.

If selling out to the big guys frightens small brewers, the next scariest option may be dealing with private equity, which is quietly increasing its involvement in the craft beer sector. Armed with short timetables for growth and eventual sale, private equity buyers often appear to lack passion for an individual brewery and its brands. As brewers experience increasingly great capital needs, however, players such as SweetWater, Uinta and Schlafly have found success with this option. Others, such as Magic Hat, have experienced a less worthy fate, with the founders losing control of the business to the new investors.

Arguably the most consumer friendly model of succession is an employee stock ownership program, or ESOP, where the founders and investors sell part or all of the brewery to their employees. Giving staff an additional financial stake in the future success of the company makes smart business sense, but can impact the payout for retiring owners, making it somewhat less attractive.

Whether a brewery possesses a solid succession plan or not, the face and nature of craft brewing continues to evolve, from the establishment of household names, everyday flagship brands, and their amiable founders to a wash of thousands of new voices and products all clamoring to capture a second of the consumer’s attention. Ten years ago, predicting the future would have been a challenging assignment. Today, just trying to predict the next 12 months seems an impossible task. ■ 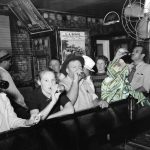 Previous: The Many Faces of Employee Ownership 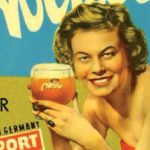