The Pull of Tap Handles 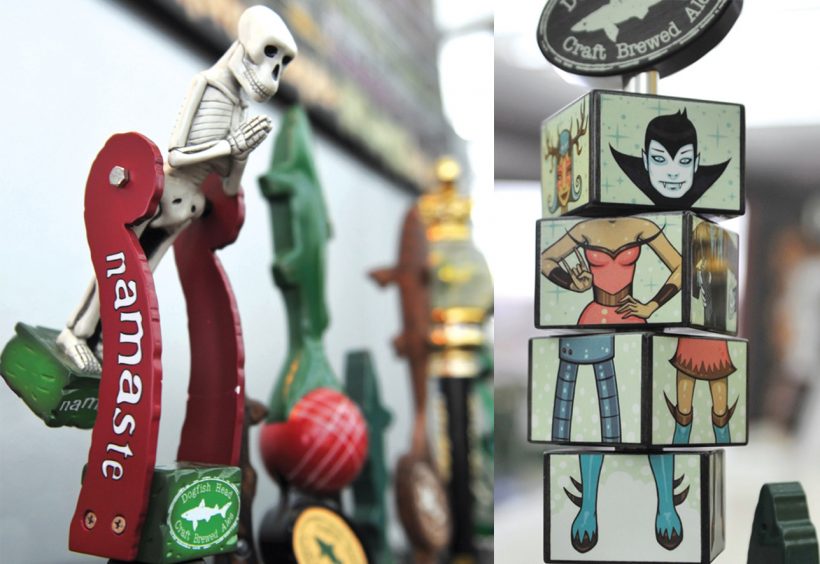 While sipping from tulip-style glasses filled with everything from Creature Comforts’ juicy IPA Tropicália, to Heavy Seas’ decadent Siren Noire Imperial Stout, patrons seated at the bar at the Midway Pub in East Atlanta, Ga., entertained a discussion of the most memorable tap handle designs. One beer enthusiast pulled up a photo on his smartphone of a katana sword handle the Japanese brewery Sapporo used for its “Legendary Biru” campaign in 2010; it was also a finalist in the Design category at the 2011 Cannes Lions International Festival of Creativity. Someone else offered a nod of respect to SweetWater Brewing Company for its vibrant rainbow trout-shaped handle. But Dogfish Head Craft Brewery’s four-piece puzzle tap was the unanimous pick.

Across the country, hundreds of breweries are trying hard to create wood, metal, plastic or even stone works of art worthy of these conversations—and ultimately worthy of multiple pulls from a busy bartender. In other words, the creation of a prominent handle can be a meticulous and lengthy process involving various departments including sales, marketing, design and distribution.

“It’s a collaborative effort among our marketing team,” says Janelle Miley, the public relations coordinator for Dogfish Head in Milton, Del. “Everyone from graphics to merchandise, and even our storytelling team, has input. A tap handle idea may be sparked by Sam [Calagione], a tap handle vendor, or one of our marketing coworkers. From there, our graphic designers and merchandise team then work closely with our tap handle vendors to bring the idea to life.”

The aforementioned four-piece handle designed by artist Tara McPherson was inspired by a Rubik’s Cube; one of Calagione’s favorites was the Namaste tap handle that not only moved, but bowed when pulled.

At Heavy Seas, Tristan Gilbert was recently promoted to creative director after a five-year tenure as a shift brewer who occasionally freelanced in the marketing department. Now he’s anxious to prepare the blueprint for an updated version of the brewery’s already popular tap handle.

“With the Heavy Seas’ branding, it’s fairly obvious that we would go in the direction of a nautical, exploration, pirate theme,” Gilbert explains. “Ideally, I’d like the tap to take the shape of a rolled up treasure map. The skull and crossbones at the top of our current handle has become quite iconic and it wouldn’t make any sense to change what has worked so well for us in the past, so that element will remain.”

After years of bartenders pouring cheaper versions of advertised ales and lagers to save a few pennies, a federal law passed in 1961 required tap handles to identify each beer for sale. This resulted in small, black, round tap handles simply brandishing the logo of a brewer, like Schaefer. The choices were very limited at the time, but as the tide began to change in the mid-1980s, microbreweries started to think of tap handles as promotional tools. Now, numerous beer-focused bars have what amounts to rotating art exhibits thanks to companies such as Taphandles, which take on virtually any project a brewery submits. Of course, some loose guidelines must be followed.

“Handles are spaced three inches apart [across the] center, so anything beyond that will bump into the handle next to it when putting it on,” says Julian Power, the Seattle-based company’s creative director. “There’s no real height restriction, but most handles fall in the ten to 12-inch height range. We also try to make sure the handles are not too heavy; the heavier the handle, the more likely it is to spring forward and open the faucet, resulting in free beer for the floor.”

According to Power, tap handles are made from various materials that require specific production techniques. “Wood and bamboo handles are either shaped by hand or machined on a CNC router,” he explains. “Urethane handles are sculpted out of clay, then a mold is created, and then the material is cast into [the] mold. Metal components are either die-cast or machined, and plastic parts are injection molded. We also are able to make handles out of existing components such as bicycle handles, ski poles and toy parts.” The entire process from concept to delivery takes anywhere from seven to 11 weeks. And remarkably, everything Taphandles makes is hand decorated.

In the end, another striking tap is completed, meeting the client’s goal to become a customer favorite and, maybe, just maybe, get pulled to fill another glass. ■ 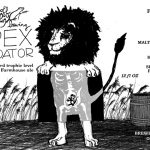 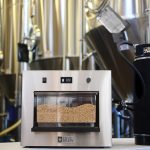