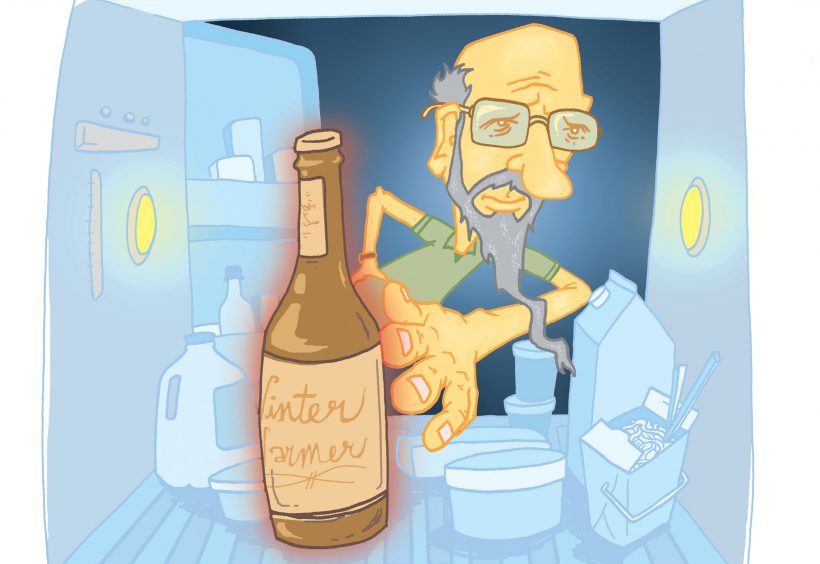 The breeze rustling through the dry leaves portends the coming cold months. For many brewers, slaves to nature’s whims, it also marks the start of the brewing season. Throw off the shackles of summer’s cruel heat and prepare for the snow at the same time by getting a start with a rich Winter Warmer-style Old Ale.

Rendered necessary by the damp chill of the British Isles, a Winter Warmer exists in the blurry lacuna between Brown Ales and Barleywine that is Old Ale. The primary hallmark of the style is its insanely rich malt backbone that rules the aroma and tongue. The experience builds to a strong caramel and fruity crescendo with none of the roasted character of a strong Brown Ale or the hop bite of a Barleywine.

Compared to Barleywines, Old Ales appear to be the weak sister, both in strength and in body. But this is just cultural skewing. The 5-8 percent alcohol levels are lower than we would find in the American “pedal to the metal” world of brewing, but in the British world of session ales, it’s plenty strong. Commercial examples start with a lower original gravity (1.070s) and end with a higher terminal gravity (1.020). Alcohol and hop restraint allows the flavor of carefully considered malts and the aromas of yeast esters to take the spotlight. Classics of the style include Young’s Winter Warmer, Gale’s Old Ale (or Xmas beer) and Harvey’s Christmas Ale.

To brew this style, I stick with the Rule of Origins—the more ingredients you can procure from the region that made the beer famous, the more true the brew will be. For my English Ales, I reach for the classic, Marris Otter Pale Ale malt. Marris Otter (MO) contributes hearty biscuity tones and a stout foundation for malt forward beers. Crisp’s Marris Otter even forms the base for most of my non-Belgian ales. Also Golden Promise, Mild and ESB malts from other maltsters. A domestic malt mash augmented with small amounts of Munich or Aromatic will suffice. Extract brewers should procure an all MO extract (John Bull, MoreBeer).

The remainder of the malt bill builds richer characters and mahogany hues with portions of British Crystal malts and dark malts. In Old Man Winter Ale, adapted from brew buddy Cullen Davis’ award-winning recipe, we reinforce the mild palate of the beer with a combination of chewy caramel sweet British Crystal (75L) and a dash of French Kiln Coffee malt. A higher mash temperature (154°F) imparts a luscious body. To bring the beer home to a dry and drinkable finish, we look to traditional British brewing practices and use a very fermentable English dark brown sugar.

For bitterness, I use Wye Target, a higher alpha acid English variety. Cutting the amount of vegetation produces a cleaner tasting beer and decreases wort loss to the hops. For the best flavor, make sure your hops are bright green with no browning or yellowing. Late additions of Target and Fuggles round out the final product and prevent the Old Ale from being a one-note malt monster. If the aim is a spiced winter beer, consider minimal additions of warm yang spices like cinnamon, clove, ginger, star anise and licorice. Keep a careful hand; a little goes a long, long way!

Thanks to Wyeast and White Labs, a plethora of British ale strains can drive our fermentation. We want a strain that leaves some residual sweetness, emphasizes the malt, produces a soft fruity nose and has a reasonable alcohol tolerance. My favorites are Wyeast’s 1272 Thames Valley and 1318 London Ale III, and White Labs’ WLP002 English Ale. The Scottish ale yeasts (Wyeast’s 1728 Scottish Ale or White Labs’ WLP028 Edinburgh) make top-notch strong ales: sweet with subtle fruit characters.

Flirting with stronger brews means the yeast needs extra care and attention. This is when I use a yeast cake from a just-completed batch. Even better, since Old Man Winter is a moderate gravity beer, the yeast will be primed for a truly monstrous barleywine. Three batches for the price of a single yeast package! How can that not appeal to the naturally frugal nature of my fellow avocational brewers? Thankfully, this is a case where thriftiness and solid brewing technique walk hand-in-hand toward a common goal.

Make a simple starter and use it to ferment a batch of lower gravity ale (1.040), say a Mild or Bitter. After racking the beer from the primary, sanitize the mouth of your carboy and pour the slurry into a clean, sanitary growler. When you brew your Old Ale in a week, sanitize the growler mouth and pitch as normal. Repeat for your strongest beer, but be vigilant in your sanitation practices and throw away the yeast after the last brew. The lackadaisical approach would be to brew your Old Ale just as you rack the starter beer out of primary and transfer the Old Ale right on top. I don’t recommend this approach without serious faith in your ability to keep things sanitary. For a more rigorous approach, search or ask about yeast washing.

The falling temperatures of autumn ease achieving a restrained ester profile, enhancing the beer’s bready sweet malt flavor and aroma. Careful regulation of the fermentation temperature is critical as any brew’s strength increases. Allow the ferment to rise uncontrollably, and aromas of candy apples, sweet cherries and nail polish will waft from the pint instead of a more pleasant nose. Rest your primary near 65°F for a clean aroma low on fusels and diacetyl. Extended time in the primary (2 weeks) is helpful with many British strains, sweeping clear off-aromas.

Sample this beer after a month or two and marvel at how fast Old Man Winter runs from your embrace and from your glass! 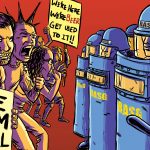 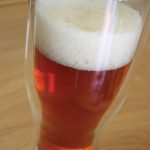