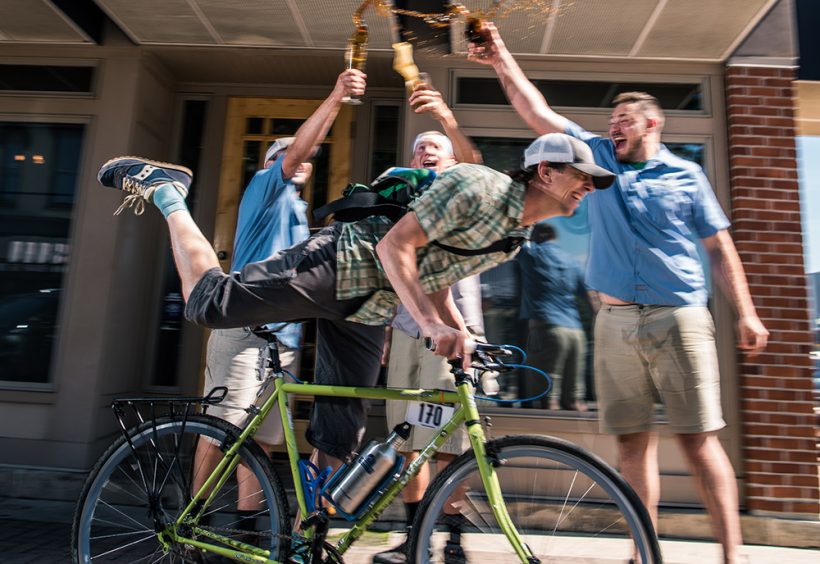 When David Morgan first got into the craft business, it was as a retailer, and beer evangelism was a heavy lift. Now, more than 15 years later, Morgan is at the production end of the business, and the wind is at his back. SingleSpeed Brewing, the Cedar Falls, Iowa, nanobrewery Morgan founded in 2012, is on the brink of a major expansion, as SingleSpeed exits its nano-sized beta version for a state-of-the-art brewhouse opening late this year. “We really wanted to learn to brew these beers well, before we brewed large quantities of each, and the nano system allowed us to do that,” Morgan says. “We’ve spent almost four years refining our craft before growing into our new production system. It was important to us to be really good at what we do before we did more of it.”

1. Savor it
For as long as Morgan has been drinking beer legally, he’s been drinking good beer. He explains his early (and lasting) affinity for flavorful beers simply: “You could taste them!” As a college student, he’d punch out from his job at a pizza place, belly up to the bar, and savor a pint of Sierra Nevada or Newcastle. “It’s the difference between sitting down and enjoying the beer, versus just having a beer,” Morgan explains. “Beer you could enjoy intrigued me, and it slowly broadened my horizons.”

2. Hit refresh
For a decade, Morgan channeled his passion for craft beer into a craft-centric restaurant in town. He used the restaurant industry as a platform for deepening beer culture in his corner of Iowa. He’d later trade his restaurant role for a shot at brewing commercially. “I wanted to shift gears, shrink into a smaller organization, and get immersed in something,” he says. “I love beer, and I wanted to be directly hands-on with the product. It was a professional refresh, and it really reenergized me.”

3. Plug away
Morgan had never brewed at home before he decided to launch SingleSpeed Brewing. But he was passionate about the product, and trusted his palate and his ability to work toward a vision. “This industry is so giving, you can learn anything you want to if you’re willing to dedicate the time and effort,” Morgan explains. “I was confident that we could get some base beers built that we’d be proud of. But we’ve come a long way. There’s been a lot of learning. You just try to be dedicated to making the best product you can every day, drive forward, and try not to bite off more than you can chew.”

4. Brew intentionally
An enormous part of building knowledge, Morgan says, comes from being intentional about every step in the brewing process. “You acknowledge your raw materials, and value them for what they are,” he says. “If you’re putting in aromatic malt, there has to be a reason for putting it in: What will it do, and why do you want it to do that? And, in the end, did it do what you wanted? […] We have never pretended to know it all. We are always open to learning, open to discussion, new ideas, new techniques, and I credit that attitude for the success we’ve had.”

5. Say yes
SingleSpeed produces a wide range of recipes, from hop-forward American ales and coffee-infused dark ales to farmhouse beers and classic German styles. That’s partly a reflection of the varied personal tastes of SingleSpeed’s brewers. But it’s also due to its customers, who push Morgan to keep onetime experiments in constant production. “We’ll experiment, and people get attached to these new beers.” And when people are calling for recipes, Morgan wants to satisfy customer demand. “We didn’t get into this business to tell people no,” he says.

6. Don’t settle
Morgan had a strong vision for what he wanted Victory Dance, SingleSpeed’s flagship IPA, to be (a juicy, tropical American IPA), but it took 30 batches of tweaks and changes before he was satisfied with the recipe. He spent six months hammering on water chemistry, and another six sourcing the right hops. During recipe development, Morgan says, “people were drinking it. But we could make it better, and we weren’t going to put our stamp on it until we could say, ‘This is really good.’”

7. Make a connection
Two of SingleSpeed’s flagships, Brewed x2, a coffee-infused American Brown, and Tip the Cow, a Milk Stout with cocoa and espresso, were born of a connection forged on Twitter. When he discovered a coffee roastery that was opening a block away from his brewery, Morgan knew it was a collaboration just waiting to be cemented. “We live for those opportunities, to grasp a local connection,” Morgan says. “We hadn’t been set on having a coffee beer. But this guy was doing the same thing we were trying to do, so now we had to have a coffee beer.”

8. Save those whalez, bro
Don’t get Morgan wrong—he has nothing but respect for all those super-tasty, super-rare beers that beer geeks chase around the country, and for the brewers who make them. But he’s also bemused by the epic lines and furious trading that accompany cult beer releases. “There are all these poor souls standing in long lines, and there’s only so much beer to go around,” Morgan says. “So we asked, how can we help that guy in line? Can we help save the whalez?” The answer is SingleSpeed’s Save the Whalez, Bro series: sessionable riffs on hyped-up whalez, like a session Oat Stout around Darkness Day. “Come in, there’s no line, we’ll charge you $4 for a pint, and then continue with your day.”

9. Grow, mindfully
SingleSpeed’s 3-barrel brewhouse couldn’t come close to keeping up with customer demand. So Morgan jumped at the opportunity to expand in nearby Waterloo. The new production brewery, currently under construction, will preserve a historic building that was slated for demolition, accelerate a downtown revitalization effort, and, through solar panels and a water conservation system, deliver on environmental sustainability. And, with an expansion capacity of up to 14,000 barrels per year, the new facility will finally allow SingleSpeed to get its beer to all those customers Morgan hates saying ‘No’ to. ■ 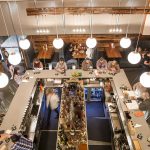 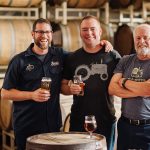