I Hate Myself India Pale Ale by Threes Brewing 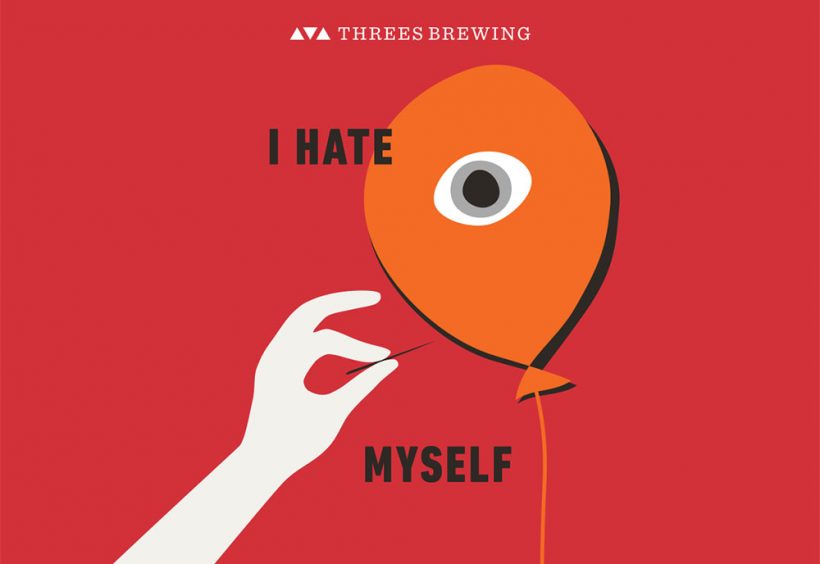 “I would advise young people to look at everything they encounter in a critical light,” said famed Swiss graphic designer Josef Müller-Brockmann. “Then I would urge them at all times to be self-critical.”

The designers of Threes Brewing’s I Hate Myself IPA label may not have been inspired by this quote (“We’re never that literal,” says Threes Brewing managing partner Joshua Stylman), but it’s fitting that Müller-Brockmann’s minimalist, geometric aesthetic has a huge influence on the Brooklyn brewery’s design philosophy.

“A decision was made to keep the Threes logo and identity simple, and let the names and art speak loud for the product,” says Stephen Niedzwiecki, founder of Yard, the agency behind Threes’ packaging.

In I Hate Myself, the two-toned color palette and sans-serif typeface allow the image to pop off the can.

“It visualizes the feeling one has when things are not going right, or you have a bad choice to make. One might say, ‘I would rather have a needle stuck in my eye,’” says Niedzwiecki.

Threes waited over a year to roll out its packaged beer, working with Yard to “determine who we were before putting any designs into the world,” says Stylman. “This felt more like therapy than it felt like working with a professional services company.”

Yard’s team started by suggesting Threes “tier” its beers into thematic clusters. Each grouping has its own look, from typeface to color and iconography.

The common layout adds cohesion within each series, but also across the entire lineup. That’s because all of Threes’ packaging utilizes Müller-Brockmann’s grid theory, a design principle that structures visual information on a grid system.

Threes’ beer names often draw mixed reactions, and the labels accentuate that fact. “We’ve seen some check-ins that say, ‘Awesome beer, but I’d never drink it because Threes Brewing is so negative,’” says Stylman. “If our consumers want to interpret it in their own way, we’re cool with that. Critical analysis is one of things we love about art—commercial design on beer cans is no exception.” ■ 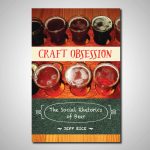 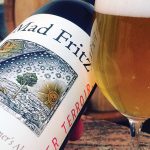