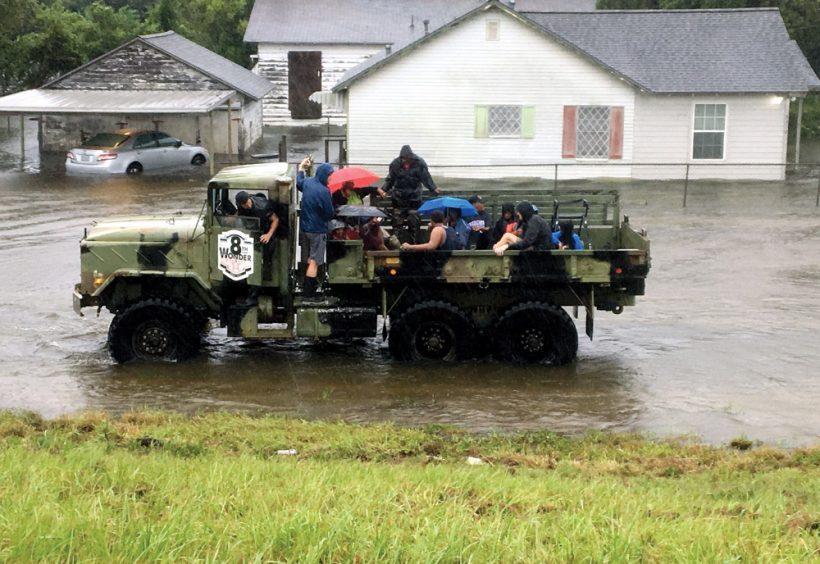 When Houston’s 8th Wonder Brewery bought a retired military transport vehicle in 2016, the crew envisioned bringing it to beer festivals and taking it for an occasional spin around the neighborhood. And that’s just what they did with it—until Hurricane Harvey hit Texas on August 25.

A call came in that someone’s parents were trapped on a rooftop in South Houston, so brewery co-founder and CFO Alex Vassilakidis and staff members Robert Piwonka, Alex Piwonka, and Jack Nugent spent the next four days rescuing people from floodwaters with the 5-ton M939 truck.

“It was a very natural and instinctive response,” says brewery co-founder and president Ryan Soroka. “We had the vehicle and we knew it could get through some high waters and help people.”

As Hurricane Harvey ravaged the city, area breweries helped out every way they could. Eureka Heights Brewing Company opened up its 20,000-square-foot warehouse as a donation distribution center.

After pumping out remaining floodwater and cleaning, the company posted its plans on social media. Soon, streams of vehicles came to drop off donations while over 100 volunteers sorted the clothes, blankets, toothpaste, dog food, medicine, and toiletries. Volunteers then filled vans, U-Hauls, pickup trucks, and even a school bus—about 70 loads altogether—with supplies that were delivered to shelters.

“We just really wanted to do something, and we didn’t know what, so we thought we could at least handle some donations,” says Casey Motes, Eureka Heights’ co-founder. “That felt like something we could do and do well.”
The brewery also fulfilled another community need: a way to get involved. Many people were sitting at home unsure how to help. “No one knew what they could do, so just putting something out there for people felt like the right thing to do,” Motes adds.

Many other breweries also opened their doors and filled containers with water, shuttled supplies, served as distribution points, and raised funds.

And help has come from well beyond The Lone Star State. Breweries throughout the country have held fundraisers for relief efforts. Oskar Blues Brewery, Ball Corporation, and CAN’d Aid Foundation worked together to ship 220,200 cans of water to Texas, with many more cans heading to Florida in anticipation of Hurricane Irma. The CAN’d Aid Foundation also held a concert on September 12 to raise money for relief efforts.

In addition to helping their neighbors, Houston breweries are working to get back to producing beer as soon as possible. But the hurricane and flooding left many challenges in its wake, including supply shortfalls. Deliveries of grain, chemicals, and other supplies have been delayed. So, resourceful brewers cooperated, borrowing chemicals and other supplies from one another like the proverbial cup of sugar.

“You really see the community spirit here,” Soroka says. “Houston’s knocked down, but we’re not knocked out. With everyone’s effort we’re going to rebuild this community and come back strong.” ■ 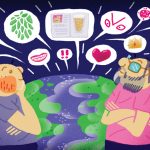 Previous: ISO: Your Honest Feedback; FT: A New Magazine in 2018 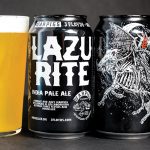