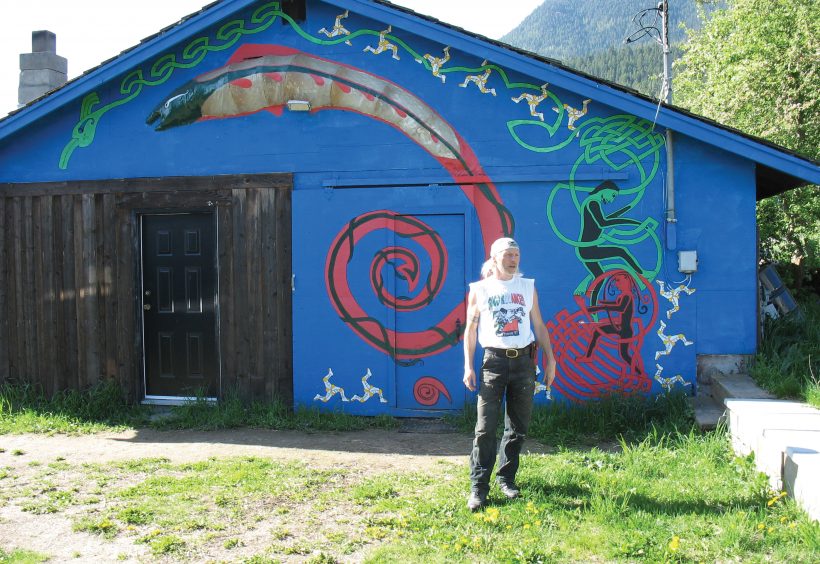 Sometimes truth is stranger than fiction; in the story of Crannóg Ales—a story that combines beer, punk rock and organic farming—the adage holds. Crannóg Ales’ head brewer, Brian MacIsaac, is a very proud Irishman who toured the globe playing bass in the punk band Immoral Minority. Today, instead of mohawks and mosh pits, it’s brewing organic beer that lets him crowdsurf the world.

Some might have thought that by purchasing a farm plot, this old slam dancer’s quest for the intense life was over; but on closer inspection, nothing could be further from the truth. On Crannóg’s farm, everything they do is organic—beer, hops, fruits, livestock and vegetables. They have built quite the little ecosystem, too. The brewery’s wastewater is reused on the farm, the yeast and spent grain feed the pigs and chickens and is also used for compost, while the spent hops are used as mulch. Everything is used and reused to the point that would make even Al Gore and Ed Begley Jr. do jumping jacks—or rather, pogo.

When we arrived in town the night before our Crannóg tour, we told a few locals that we were going to the brewery; it seemed the town had been well-trained, as we heard from many that, “you cannot tour the brewery without an appointment first, and they don’t welcome strangers.” Luckily, we had one.

Canada’s only certified organic farmhouse brewery, Crannóg is situated in the beautiful Rocky Mountains of British Columbia, in the sleepy small town of Sorrento—no postcard would do this place justice. Sorrento lies sandwiched between the Okanagan Valley (British Columbia’s premier fruit- and wine-growing region) and “the Houseboat capital of Canada,” the Shuswap Lake.

The scope of what goes on at this farm is mind-boggling. In order to remain certified organic, both the farm and brewery are inspected twice a year. Crannóg’s website includes a mail-order business for organic hops rhizomes, fruit and vegetable seeds and even a booklet authored by Rebecca, Brian’s wife, on organic hops growing. When the couple first started growing organic hops, there was virtually no literature—they eventually wrote their own guide to organic hops farming.

Growing anything organic is hard, but hops are particularly difficult; it’s the remoteness of Crannóg’s hops farm that makes for ideal organic farming. In the Shuswap area, where Crannóg is located, there are no other hops farms, so pests known to be drawn to hops are not prevalent. Also, because organic regulations prohibit pesticides, protective measures include ladybirds, cayenne and water spray. They’ve also introduced beneficial insects to protect the hops. Crannóg has two hops fields and grows eight varieties of hops. The larger field produces Fuggles and Goldings, the smaller field, Nugget, Willamette, Centennial, Mt. Hood, Cascade and my favorite new school English hop, Challenger. Although the farm’s hops are not sufficient to meet the brewery’s needs, that never was the intention. They felt if Crannóg became self-sufficient, they would not be supporting global organic hops growth. More global hops farms mean more varieties available for everyone—Crannóg uses New Zealand Pacific Gem in their Pale Ale.

This past fall’s news of the global hops shortage inundated Brian with phone calls from those wanting to learn about growing organic hops. Now you’d have to work a couple of days in Crannóg’s hops fields to learn about the process. Then, and only then, Brian will share his wealth of information on beer’s bitter bud.

A funny story on Crannóg’s learning curve in drying hops: Drying hops is done in an “Oust House,” and their first attempt at building one was not a success, as it had very little ventilation. Forgetting about hops’ strong sedative qualities, the staff kept falling asleep for hours just to wake up on the floor of the drying room. This problem was soon rectified after some serious renovations. Thankfully, sleep on the job has decreased and productivity has increased.

Also, Brian and Rebecca are getting into cooking with hops and told us about a hops cone-encrusted pork roast they made. Brian loves cooking with hop shoots in the spring, just like the restaurants in Belgium’s own hops-growing region. Anyone who has had food at the café across from Westvleteren or eaten in Watou or Poperinge has seen hop-shoot dishes on their menus.

Every fall, Brian and Rebecca revive the ancient tradition of the hundred-yard feast. Everything served that evening is grown, raised or brewed within a hundred yards of the table at which you’re served. Apparently, chefs throughout the province are eager to cook at the event, and Rebecca had to turn away a record number of chefs this year—Rebecca, if you’re reading this, put us down for two tickets please.

Believe it or not, there is much more to discover about Crannóg, much of which can be found at its website. However, one of the last surprises of Crannóg, one that cannot be found online but would be hard to miss if you ever visit the brewery, is the farm’s Irish wolfhound-cross, Conall. Larger than a Great Dane, he is a serious multitasker who would make Lassie look lazy. During our visit, besides paying attention to us, he would run off to protect the chickens and fruit trees from the crows. We were told that one day, Brian accidentally left the pigpen gate open and Conall, who’s of non-herding dog lineage, rounded up the pigs and protected them until Brian closed the pen the next morning. Clearly, he fits right into this hardworking, alternative scene.

And if you are lucky enough to see the brewery, don’t miss the on-site private party pub, The Bloody Stump.

The Beers
The water in Crannóg beers is from a hard-water well on the property, which makes it great for brewing Irish-inspired and Burton-styled ales. Seeing how intense Brian is about water and hops, it’s no surprise how hard he works with his local maltster, Gambrinus, to secure a local supply of organic malt. This has been a success story for Gambrinus as well; because of ties with the organic community, he sells to a number of Canadian breweries and Pacific Northwest organic breweries, including Fish Tale Ales in Olympia, Wash., and Laurelwood Brewery and Roots brewpubs in Portland, Ore.

Organic malt contains much lower levels of cadmium than malt that has been sprayed with pesticides. A beer brewed with organic malt ferments better, cleaner and faster than beer made with traditional malt.

Hell’s Kitchen | Irish Red Ale
This beer is brewed with organic russet potatoes and two-row barley. The potatoes don’t show in the flavor, but the starches give the beer a bigger, smoother mouthfeel. Brian tried different varieties of potatoes, but settled on russet, which gives the beer some earthiness.

Back Hand of God Stout | Irish Dry Stout
Despite initial fears of offending religious groups, Crannóg actually scored some points with one local church by including “God” in the name of this brew. The beer itself is dry and roasty with a smooth mossy finish. An excellent example of a dry stout that would make his Irish brethren happy.

Bansidhe Ale | Organic Festival of Fruit Ale
This triple-fermented ale changes each year with the generosity of the growing season. It’s a combination of raspberries and plums, with the added tartness of crab apples. Since I have not yet tried this beer, I can only say it sounds amazing. ■ 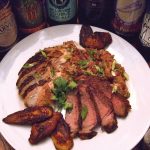 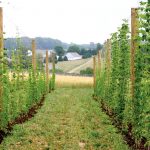