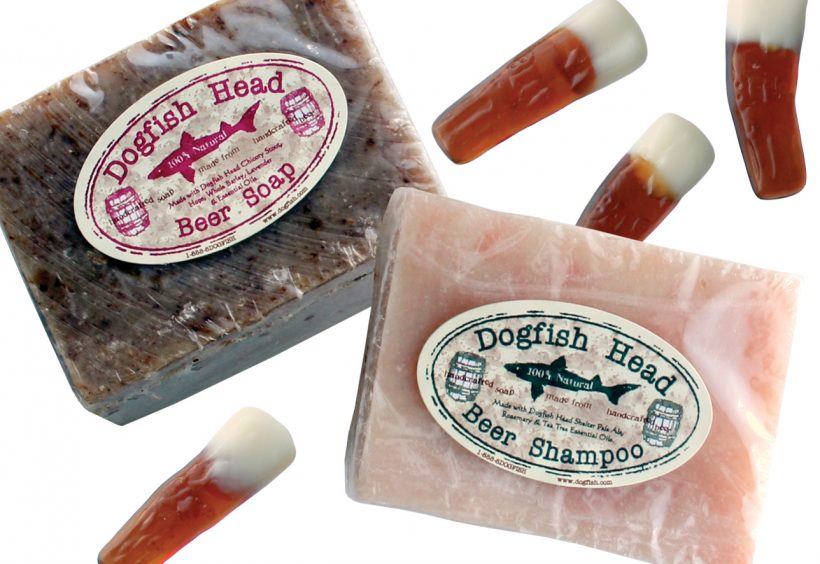 Pint Pots Candy
Both sugar and alcohol can be seen as some of the two most dangerous vices to mankind’s stomach, with salt and fat close in the running. (In that case, could a bacon-infused beer be the next big thing? Only time will tell.) Ergo, when we came across this gummy-type traditional British sweet that purports to bring the joyous world of beer into each sugary bite, I agreed emphatically with the underlying combinatory logic. However, I soon couldn’t help but think of the children! Thankfully, before expounding on the outrage of letting European tykes munch mindlessly on alcohol-inspired snacks, I began to recall my own delightful memories of candy cigarettes and not-so-delightful ones on sickly lacquered cordial chocolates. And look how civilized we all turned out to be… am I right?

Peculiarly branded “for the real men only!” (should women, children and dillydallyers dare not apply?), Pint Pots are admittedly free of beer in their composition: glucose syrup, sugar, water, gelling agent (gelatine), citric acid, colors E150c E171, flavorings, glazing agents (vegetable oil, beeswax). With gooey dimensions ranging from 1 to 2 inches in length, the little buggers resemble tiny pints of translucent dark brown beer overflowing with a most bodaciously thick and opaque white foam “head.” Each are embossed with “BEER” (oh, you think?) and artful stripes to render a shiny “glass.” A good sniff into the bag of confections yields a disturbingly accurate though synthetic scent of beer (see issue #18 on the Beer Candle to see what we mean), like an olfactorial representation of a pub the morning after. The chomping texture is very similar to Haribo gummies, a good balance of chewy and melty, with a compelling dose of malty sweetness down the hatch. An apple fruitiness darts in and out. Is it safe to say it hovers somewhere between a Brown Ale and cider? With a slick layer of beeswax for kicks.

Definitely worth a splurge across the pond to fest up your next party, or to toss to unassuming kids at Halloween—they always need something new for their parents to worry about. Might as well make it sweet. [Available for £1.49/200g at The Pink Sweet Shop]

Dogfish Head Beer Shampoo Bar and Beer Soap
Beer’s ability to make someone look better goes way beyond “beer goggles.” Although not a rampant beauty fad just yet, beer’s worth as a cosmetic agent ranges from its clarifying oil-busting properties to an ability to soothe the skin. We don’t necessarily recommend splashing a bottle of ale all over your body before heading out for the day, but Dogfish Head’s beer bathing bars make it an easy, heady step in the shower.

Both bars are honkingly huge, hefty 10-ounce slabs of gorgeously dense soap. Be prepared to have a dedicated soap dish for each, and even those with large hands might find rolling a bar in their palms an aromatic, sudsy challenge. No froufrou lathering here.

Composed of ingredients including Shelter Pale Ale, light barley, dark barley and lavender, the soap fronts a satisfyingly gritty texture (skin-smoothing, or exfoliation if you want to get fancy) and a dark, nutty, creamy smell. After a good soap-over, you’ll end up moisturized and beerily satisfied. We’ll leave it at that.

The shampoo, interestingly in solid and not liquid form with a gently marbled appearance, includes Dogfish Head’s own ales, rosemary and tea tree essential oils. I was a little skeptical that a soapy bar lather could be applied to hair like the ordinary goopy stuff out of a bottle, but after a bit of sudsing, the consistency was remarkably similar. The aromatics were pleasant yet not overpowering, and my hair emerged later shiny and squeaky clean. Take that, Herbal Essences. [Available for $9 each at Dogfish Head Brewery Store] ■ 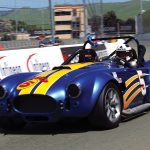 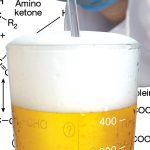