Saving Your Beer for Another Day 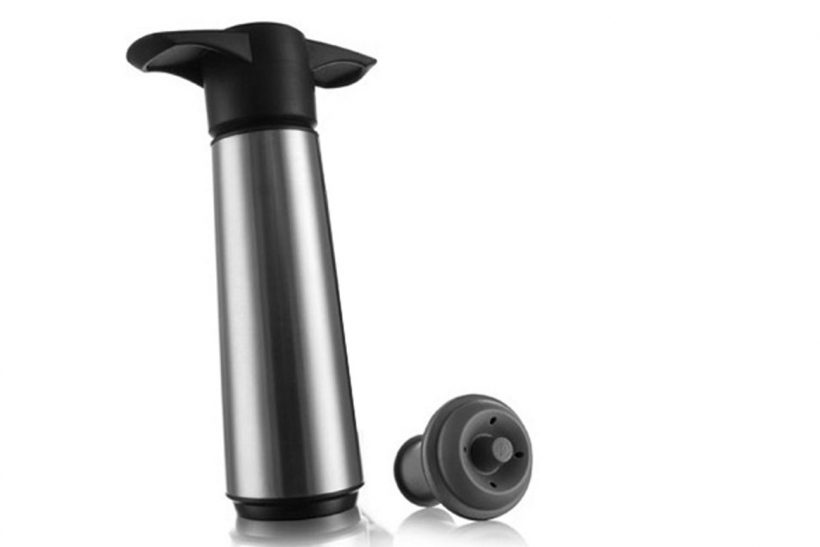 I recently bought a couple bottles of Stone Imperial Russian Stout. My question is: They are 22-ounce bottles—what is the best way to store one after I open it if I don’t want to finish the entire bottle at once? —Brian (sent from my iPhone)

What? Are you serious? Brian, “you’re not worthy” if you can’t finish 22 ounces. You’re a wussie! Hold on. Sorry. That’s another “Stone” beer saying meant for fizzy yellow beer drinkers.

You raise a good question. For various reasons, a lot of times a bomber of big beer is just too much for a single person during a single session—especially if we’re talking 10-plus-percent ABV. And, as you dropped some good coin on the bottle, you certainly don’t want to waste it. So, what to do?

Personally, I use a simple vacuum wine saver from Vacu Vin—under $10. It’s basically a two-piece system that involves a rubber stopper with an outlet and a plastic hand pump to evacuate air from the bottle. You drop the stopper in, connect the hand pump and then pump the air out of the bottle. This removes the oxygen and saves the beer from getting oxidized for a brief period of time.

I’ve found I can get another day out of the bottle, two days tops. But you’ll also notice a drop in carbonation levels—the big and inevitable sacrifice for trying to save the beer for another day. Past a day or two, you begin to risk the integrity of the beer entirely—oxidation sets in (wet paper/cardboard notes) and the beer will be completely flat. That said, I once stored a beer for later using this method, forgot about the beer, opened it up after five weeks and found the beer to be carbonated—though it tasted horrible.

Vacu Vin also produces a champagne saver that’s “designed to keep the champagne’s bubbles and minimize oxidation. Once locked onto the bottle, the handle opens to allow perfect, non-drip pouring and closes to keep the champagne fresh.” It sounds much more promising than the vacuum system, which, unfortunately, pulls carbon dioxide from the beer. You can find more info here: vacuvin.com; buy direct here: vacuvinonline.com; and Google them for other online retailers.

There are also more elaborate ways to save your beer using a carbon dioxide and nitrogen system to displace the oxygen in the bottle, but if you plan on consuming the beer within the next day or two, it’s not worth it. Just remember that once you decide to “save your beer for another day,” it’ll never be as enjoyable as it was when you first cracked the bottle open. If you’re cool with that, save away.

(Sent from my iPhone—OK, not really, I just wanted to sound as cool as you.) ■ 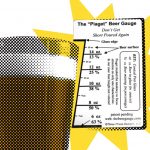 Previous: In Search of a Proper Pint 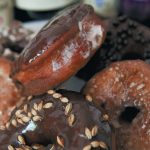