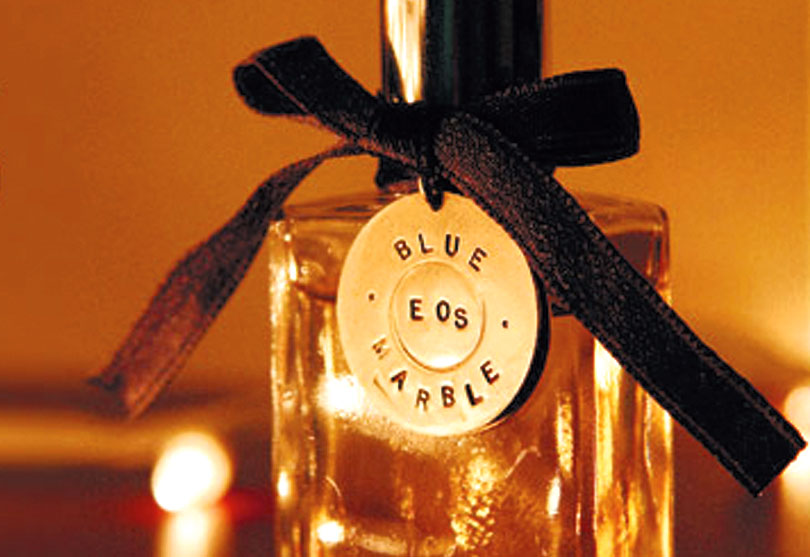 While many beer advocates would argue that nothing smells better than beer being brewed, hardly anyone would think of the byproduct—spent grain—as a base for a high-end perfume.

Yet three wildly different, Seattle-based companies are teaming up to create just that. “EOS” is the name of the pair of carbon-neutral fragrances—one version for women and a unisex version—that use the sludge from brewing as its base.

One of the companies is Blue Marble Energy, an organization that utilizes a proprietary system to convert feedstock waste, such as spent brewing grain, to produce specialty biochemicals and renewable natural gas. Blue Marble’s mission is to create drop-in replacements for petroleum-based chemicals that are carbon neutral and fully sustainable—a goal that Blue Marble’s founders hope could someday help the world break its reliance on petroleum-based products.

So, how does the pretty-smelling stuff you dab behind your ears fit in with Blue Marble’s goals? Well, believe it or not, upwards of 95 percent of the chemicals used in conventional fragrances come from a petroleum base. Blue Marble’s replacement base is derived from the spent grain from a local organic brewery.

According to Blue Marble, a typical bottle of eau de toilette contains 5 to 15 percent fragrance and 85 to 95 percent petroleum-derived solvent. Not very sexy stuff when you think about perfume in those terms. But cologne is just one tiny example of the hidden petroleum in products we use every day, according to Blue Marble communication manager Danielle Hendrix.

“Ninety-five percent of all chemicals in use today are made from seven base petrochemicals,” she says.

So, Blue Marble wants to show that it can create a drop-in replacement for the petrochemicals in perfume, which is 95 percent petroleum based, and still have it smell attractive; leaving one to imagine what could be done to replace all those other chemicals we use on a daily basis.

“The spent grain are not used as a direct base for the fragrance, but rather can be thought of as the original building blocks—much as a barrel of oil is for perfumes today, although the chemical fragrances [that] come out of it don’t smell like gasoline,” she says.

Blue Marble’s perfume partners were Sweet Anthem, a couture perfumery, and Fremont Brewing Co., which provided the brewing waste. Hendrix says that while any feedstock could be used as the source for Blue Marble’s patented AGATE (acid, gas and ammonia targeted extraction) system, Fremont’s spent grain was chosen for this project because it is certified organic and is a source that is readily and consistently available.

“We have been working together with FBC for several months, processing their spent grain into value biochemicals and biogas, which saves them the expense of disposing of the grain by other means,” Hendrix says. Many craft brewers work with local farmers who use the spent grain as feed for livestock, but other larger breweries either burn their waste or send it to the landfill, according to Hendrix, who adds that Blue Marble’s process can work on all kinds of organic waste.

“The process is feedstock agnostic, meaning nearly any form of biomass. Food waste, yard waste, agricultural or industrial waste, invasive species, algae and more can be used as an input and still produce a reliable stream of biochemical outputs,” she says.

“This is the basic process by which the biochemicals used in the EOS fragrance line were made. Other applications for the biochemicals produced by AGATE include in the food and flavoring industries, in solvents and plastics, and even in the aerospace industry,” Hendrix adds.

Bottom line for perfume lovers, though, is how does EOS smell? Well, if demand is any indication, it’s a hit: There have been requests for the limited-edition scents from across the United States and even as far as Australia.

The women’s perfume is described as a “modern, bright, floral, tea-based scent,” while the masculine/unisex version is characterized by “citrus and cognac, with hints of powdery apricot.”

Sounds like some of the craft beer reviews we have read. ■ 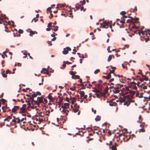 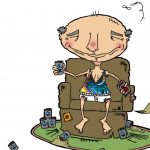