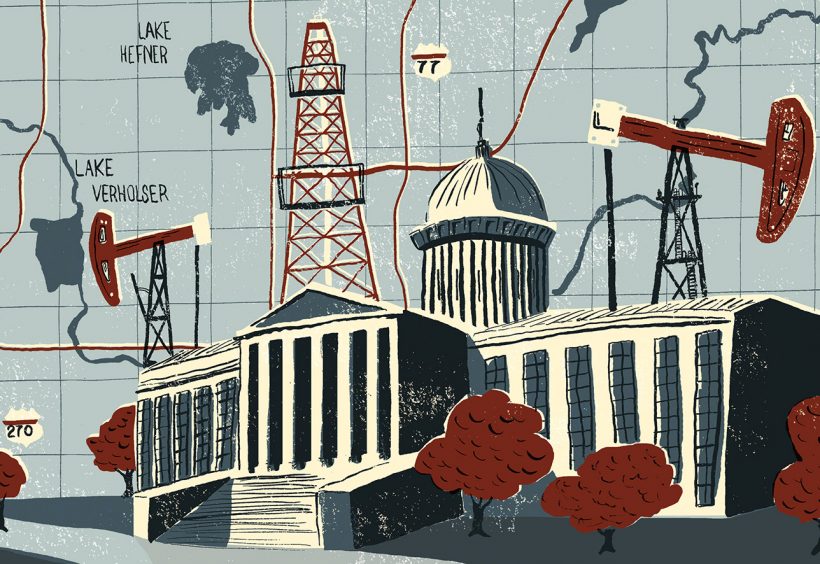 Oklahoma City was a place that had such arcane beer laws, it was hard to keep them straight. Visitors would find themselves asking a local: “Now what percentage of beer am I allowed to get at a grocery store? Is it true I can only buy room-temperature bottles? Can I really not purchase from liquor stores on Sundays or other holidays?”

The sad answers: no higher than 4 percent ABV; yup, and yup.

Heck, Prohibition in the state wasn’t even repealed until 1959.

The old timers still remember the laws that made it hard for a beer scene to arise, but how quickly everyone else has forgotten. What used to be a place with literally no hometown breweries, and bars that only sold cheap, macrobrewed longnecks, has emerged as a great city for craft beer.

It started with a grassroots effort to overturn those outdated laws. The first salvo was in 2003, when Rick Huebert lobbied for a bill that would let him open Oklahoma’s first microbrewery, his eponymous Huebert Brewing Company. Then, in 2010, House Bill 2348 was passed, officially legalizing homebrewing in Oklahoma, the 48th state to permit it. Champions of the movement won by arguing that homebrewers are the professionals of tomorrow, and a town without homebrewers is a town without future breweries. (Though Huebert readily admits he was a scofflaw, as he’s been homebrewing since 1987.)

A decade of work culminated in May 2011, when the 1st Annual Oklahoma Craft Beer Festival took over the streets of downtown with every single state brewery in attendance. Oklahoma City is finally a true craft beer destination.

Battered Boar Brewing Company
The Dogfish Head of Oklahoma City is located in the tony suburb of Edmond. Battered Boar focuses on more experimental styles, most notably a Coconut Cream Stout and a Pumpkin Ale.

RePUBlic Gastropub
Having just celebrated its one-year anniversary, the city’s hottest gastropub has 150 taps and 200 bottles, with a focus on locals (Redbud’s new Pale Ale, for example) and some from Oklahoma’s six neighboring states (Boulevard out of Kansas, Shiner out of Texas and Great Divide from Colorado, to name a few).

Redbud Brewing Company [closed]
This nanobrewery is so nano, it’s run by one man—who has a day job as a social worker no less—brewing at night out of Huebert Brewing. It seems hard to believe a one-man show could make great commercial beer, but when that one man, Chase Healey, is the former brewmaster at COOP, it’s no surprise. It follows that his Cuvée One tastes just a little like COOP’s noted DNR Belgian-style Golden Ale.

Prohibition Room [closed]
Located in the geodesic Gold Dome, this historic landmark, which once housed a bank, has been turned into an upscale lounge with taps from all the local breweries, plus the best cocktails in the city.

TapWerks Alehouse & Cafe
The city’s largest craft beer list boasts 212 taps (seriously) and acted as host of the aforementioned Craft Beer Festival. With live, local music nightly, TapWerks is surely the best spot in town to watch the OKC Thunder when you’d rather spend your money on quality brews than fizzy stadium fare.

James E. McNellie’s Public House
The sister location to owner Elliot Nelson’s original Tulsa pub, McNellie’s was one of the first craft beer bar of its kind to open in the city, unlocking its doors in 2008. The upscale pub has 60 taps, over 300 bottles and is the only place in town to hold claim to a beer engine. Cask offerings are always local, like Big Jamoke Porter and Atlas IPA from Tulsa’s Marshall Brewing Company, who even makes McNellie’s house beer (as featured in From the Source, issue #54).

Coach’s Brewhouse
Even Oklahoma City’s wisest imbibers would be shocked to learn this suburban restaurant, which began brewing its own beer in 1993, is Oklahoma’s largest brewery, producing six year-rounds served all over the state.

Royal Bavaria Restaurant & Brewery
A German beer garden that brews its own (German) beer, Royal Bavaria was actually founded by a German, Jörg Kühne, a Munich businessman who relocated to the suburb of Moore. Unfortunately, again due to arcane laws, no beers above 4-percent ABV are served, but after a few boot-fulls of their flavorful light brews, and some delectable wiener schnitzel, you won’t even notice.

Edna’s Bar & Grill
5137 N. Classen
ednasokc.com
Oklahoma City’s most legendary beer-drinking spot isn’t exactly a craft beer haven, but it is the inventor/purveyor of the city’s most famous beery drink, The Lunchbox, a frozen mug with a shot of Amaretto, topped by orange juice and light beer.

choc Beer Company
Getting back to laws … lurking in the city exurbs since 1925, choc started brewing as illegal bootleggers for their own popular Italian restaurant, Pete’s Place, before finally becoming a legal operation well after Prohibition ended—in 1995, when brewpubs were first allowed in Oklahoma. Focusing on Belgian styles of late—purely by accident, notes brewmaster Michael Lalli—their “Signature” Dubbel won a Great American Beer Fest gold medal in 2009.

Bricktown Brewery Restaurant & Pub
Down the street from TapWerks in the Bricktown entertainment district is this aptly named brewpub, which has produced their own beers on-site since 1992. Bricktown offers five year-rounds and five limited releases, all named to give fun history lessons about the state’s little quirks (like Wiley’s One-Eyed Wheat and 46th Star Amber Ale). 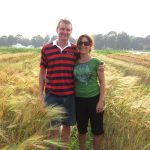 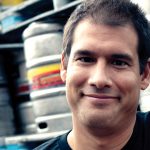