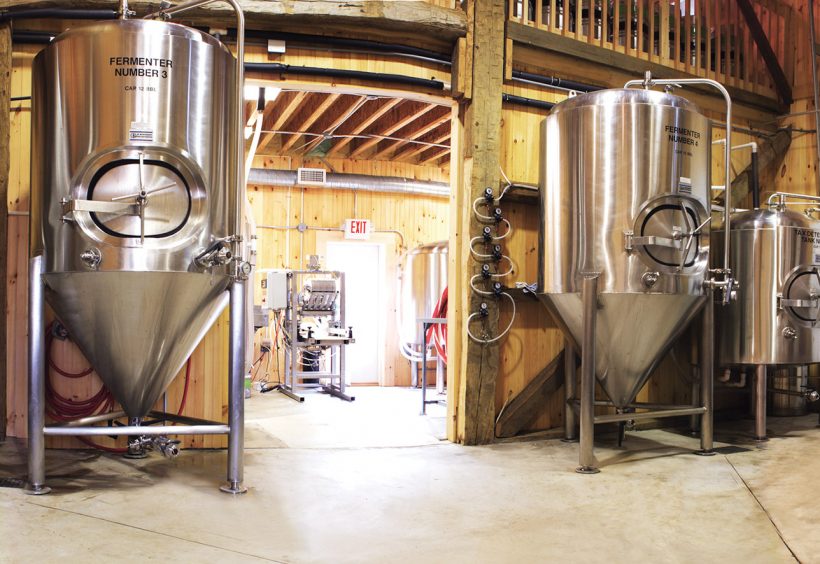 No matter how good a beer is, it is always better when enjoyed with friends. Beer is the ultimate social beverage, and brewing should be a social experience as well—where there is beer, inevitably, people will follow.

Perhaps few people understand this concept as well as those in Lancaster, Pa., a small city that’s bursting with a strong sense of community and a burgeoning beer scene, where breweries like Spring House Brewing Company can flourish amongst its peers.

Good Neighbors
In 2006, when Matt Keasey opened the doors to the Spring House brewery—which is located in the barn on his property outside the city limits—he learned a valuable lesson about just how magnetic beer can be.

“Down at the brewery, I actually had a tasting room going, and my house was just getting swamped with cars and people,” Keasey says. “I couldn’t really control it. My property was getting to be too overwhelmed. The brewery has a typical driveway with an oversized parking area. It was getting so packed with people coming down with tastings, that’s what made me decide to open up the brewpub a few miles away. The location wasn’t set up for that many people coming in and out.”

Congested traffic at your brewery—whether it’s on your own property or not—would be classified by most people as one of those good problems. Still, it was a problem. So, Keasey decided to divert the traffic away from his property by opening a brewpub within Lancaster in February 2011.

Although the 1-barrel system located on the premises is more for experimentation than anything else, it allows Keasey to sell Spring House beer on site and join a vibrant community of brewers and beer drinkers who were eager to welcome a new face in the crowd.

“It is a really good beer scene. Our brewpub is packed nonstop,” says Keasey, talking to BA on his cellphone over the din of customers that could be heard in the background despite the fact that he was outside the building and it was the middle of the afternoon on a Thursday. “There’s probably about 10 good beer bars and two other breweries within walking distance from here. I think Lancaster County has maybe eight to 10 breweries located in it. For the part of Pennsylvania where we’re at, that’s a lot of breweries.”

“I Hated My Job”
Keasey’s interest in beer was nurtured in the same way as so many other modern brewers. He began as a homebrewer, but it didn’t take him long to figure out that he would rather spend his days shoveling grain out of a mash tun than waste hour after mind-numbing hour at his day job.

“My job sucked. I hated it,” Keasey says. “I met my wife, we were both with a pharmaceutical company, and she came up to me and was like, ‘I can’t take it anymore, I’m going to go apply to a PhD program and I’m leaving.’ I was sitting there and said, ‘Well shit, I better figure out something, too.’ We were sitting at work and I said, ‘What do you think I should do?’ She said, ‘Well, you love beer,’ and I thought, ‘That’s not such a bad idea.’ I love drinking beer and brewing beer, so I started looking into it.”

That was around 2000, and he steadily progressed toward his goal of opening his own brewery. He knew that it would be a dramatic leap to go from a kitchen operation to a full-fledged production brewery, so he turned to the area brewers for help. Keasey volunteered at various area breweries to get the feel of the professional systems before he ventured out on his own.

“That was fun,” he says. “You get to meet a lot of people, and a lot of people help you out when they find out you’re trying to start a brewery. They want to help you and see you succeed. That’s nice about being in the industry. I open my doors to everybody. If somebody says they’re looking to start their own brewery, nine times out of 10, I let them in. It’s fun.”

But Keasey still wasn’t sure where the brewery would be located. He had recently moved to his current home, which was first settled and built in 1794 with a functioning spring in the basement that was tapped up until 1970 (hence the name “Spring House”). Keasey was brewing a home batch in his barn when his homebrew helper, a friend from high school, suggested he build the brewery in the barn.

The idea stuck, and Keasey adapted his business plan to accommodate a rural location instead of an urban one. So far, it’s worked out well, providing plenty of space for the brewhouse and an ideal setting for special events, such as the annual parties that accompany the brewing of the Spring House Pumpkin Ale.

“What I do is I get a pig roaster, and I’ll get it for about two months,” Keasey says. “By the end of August into mid-November, it will stay at my house, and we’ll roast pumpkins throughout two months. It’s pretty much a party down at the brewery. Whoever wants to come can come cut pumpkins, and we’ll throw them on the roaster. … We’ll have a few beers, roast pumpkins and shoot the shit.”

More Art than Science
One might assume Keasey’s background in chemistry and pharmaceuticals would make him a natural fit for brewing. It’s easy to picture someone with his background bending over a microscope, analyzing yeast cells and scrutinizing procedures and efficiency reports. One might assume that, but one would be wrong.

“Seeing that I was in chemistry and I have a chemistry background and work in the industry, I try not to rely on science,” he says. “I go more for the art of it because I was just scienced out. I just do what I want to do down at the brewery. I will throw whatever in to see what happens.One batch might not be the same as the batch before because I’m continually tweaking my beers. I’ll have a recipe that I think is really good, and a lot of people will tell me it’s good, but I won’t be satisfied. So I will go back and make a change or two here—changing my recipes just to see what I will get, what will happen if I do this, this or this.”

Keasey says the one beer he does not constantly adjust is Seven Gates Pale Ale, which is Spring House’s flagship and is one of the beers that finds its way to the bottling line located at the brewery. Most of the others are served at the brewpub or other accounts, where demand has Keasey and his small team brewing beer four or five days a week—beers like the Gate Series, a series of beers based on the Seven Gates recipe that will showcase a single, different hop with each batch.

For now, Keasey is enjoying the freedom of being a small brewer. Although demand suggests that the market could support it, Spring House’s plans for expansion are modest (they include adding a barrel-aging room to the brewery and increasing production on the bottling line).

“We have a small group, me and two other guys in the brewery. We just crank out special beers that we want,” Keasey says. “I don’t know if we want to get into managing more people and producing beer. I like the size we are at. … I’m not looking to get rich. I just love what I’m doing.” 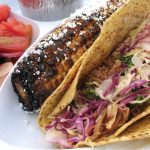 Previous: Beat the Winter Blues with a Fiesta 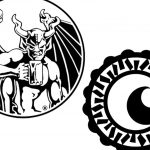