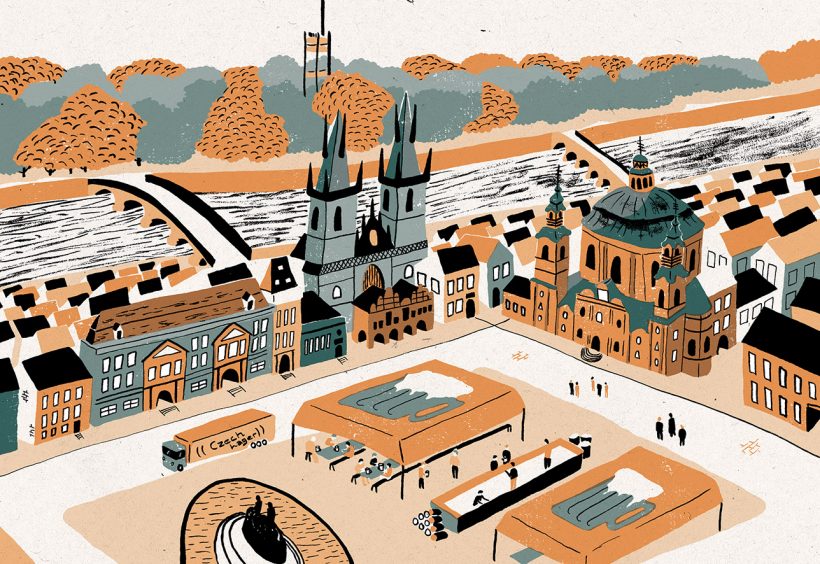 Beneath a fairytale skyline of spires, domes and towers, a modern city of industry and commerce sits upon cobblestone streets and ancient bridges. Prague is a maddening riddle.

Brilliant minds like Franz Kafka and Bohumil Hrabal relied upon surrealistic visions to make sense of it. Despite the city’s complex and, frankly, tumultuous history, there’s a millennia of brilliantly preserved architecture miraculously spared from the devastation of fire, war and tasteless modernizations that have continuously reshaped many European cities.

Located between the Noble hop fields of Žatec (“Saaz” in German) and Moravia’s cascading barley fields, Prague is within easy reach of the ingredients to needed to sustain a vital brewing scene. However, the city was not spared the 20th century’s assault on local beer culture. In the early 1990s, international breweries monopolized the city’s tap handles. Brewpubs were mostly forgotten, and became a novelty for tourists, at best. This Prague earned a reputation for cheap light lagers and beautiful Blondes.

Today, the city of a hundred spires offers quite a bit more for the discerning beer drinker. Prague even has a proper beer festival. Entering its fifth year, the Czech Beer Festival fills two weeks in May with a celebration of traditional Czech food and regional Czech beers. Brewers inspired by both tradition and travel are opening pubs and microbreweries that are maintaining traditions of brewing and innovation.

Yes, it’s true that many of the city’s pubs and restaurants remain divided among big breweries, like cola-war spoils, with only two or three draft lines. But interesting beers crafted in seemingly forgotten regions of the Czech Republic are poured in downtown Prague from a “fourth pipe,” or “čtvrtá pípa.” This extra tap that pubs would dedicate to rotating craft brews has become a symbol of the burgeoning craft beer movement. A few adventurous publicans offer broad ranges, and grace the city with truly world-class beer bars.

Zlý Časy
The name “Zlý Časy” translates as “Evil Times.” Troubles are left at the door of this subterranean pub with charming beer garden. The staggering scope of the draft selection is best appreciated standing back from the small bar, trimmed with full-page, handwritten info-sheets for each of the 20-plus draft options. Only a few well-curated international selections punctuate the list of regional craft masters like Matuška, Opat and Chodovar. The impressive globe-spanning bottle list offers more Czech beers, plenty of treats from the continent, and even Founder’s and Green Flash.

Pivovar u Bulovky
Located a bit off the tourist track in a residential neighborhood, the Richter Brewery at Pivovar u Bulovky showcases a variety of styles. A chalkboard listing of the available drafts will show Czech and German lagers, Altbiers, wheat beers and English ales.

Prague Beer Museum
Smoky, loud and a little bit obnoxious, the Beer Museum is anything but a collection of dusty relics. This vibrant 30-tap laboratory encourages experimentation with samplers of various sizes, and traps both tourists and locals alike. Enjoy regional beers from the likes Krakonoš, Ferdinand and the American microbrewery-inspired Kocur.

Les Moules
Belgian beer is at home everywhere, even in heart of lager land. This seafood café has a small dining room and wonderful al fresco seating. The street corner setting is perfect to people watch at the juxtaposition of high-end retail stores and historic synagogues. Eight taps include a few beers brewed specifically for the restaurant, big-ticket Belgians and Staropramen lager from Prague’s Smíchov neighborhood. Find the perfect pairing for each flavor in a series of all-you-can-eat mussel pots from a bottle list that reads like Belgium’s greatest hits.

U Pinkasů
The first pub in Prague to serve Pilsner Urquell (in 1843) retains an air of history while tastefully restraining the kitsch of nostalgia. The modest décor remains traditional to the ’20s and ’30s. U Pinkasů was a local frequented by politicians including T.G. Masaryk, the first president of Czechoslovakia, and authors like Bohumil Hrabal.

Klášterní pivovar Strahov
This charming brewpub is situated in the northeast corner of the walls of the Strahov monastery. A relaxed beer garden, decorated with a brewing process map painted onto stucco, separates a large banquet hall from the copper-clad pub/brewery seating area. Typically, four beers are on offer—two or three regulars and a seasonal. The brewery’s take on an English-style IPA is interesting, and the tmavý (dark) lager is a must-try. If you happen to visit in December, seek out the Christmas Doppelbock.

U Fleků
The singalong atmosphere of the shamelessly touristy U Fleků beer hall is an essential experience. Claiming more than 500 years of continuous brewing, the beer hall pushes one delicious dark lager, presumably perfected over that lengthy span. It’s an excellent complement to a plate of goulash and dumplings.

Pivovar Bašta
The simple Czech country décor of Pivovar Bašta, with knotted wood trim on white walls, is quite relaxing and a bit of a rarity in Prague. The house beers are similarly crisp and traditional, reflecting a Viennese influence.

U Medvídků Beer Hall and Restaurant
Where else but Prague could one find a place simultaneously boasting one of the city’s largest beer halls and smallest breweries? “The Little Bears’” main rooms serve typical Czech cuisine and tank Budvar. The real attraction is tucked away in the back, upstairs. The nano-brewpub pursues a manic balance between tradition and innovation. Sessionable beers with rustic character are crafted with historic techniques and equipment, including a tiny coolship, open fermentation and wooden barrels. Those same techniques are pushed to the extreme to produce what the brewery claims as the world’s strongest lager: a beer with an original gravity of 33° Plato.

Pražský Most U Valšů
Convenient to the Charles Bridge, Pražský Most U Valšů offers patrons simple refreshment within a carefully designed restaurant. Unusual angles and touches of wrought iron modernize otherwise plain wooden tables and chairs that might seem original to a room defined by medieval vaulted ceilings. The two house beers are complimented with a pair from Pivovar Rohozec. ■ 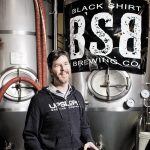 Previous: The Golden Rule of Brewing 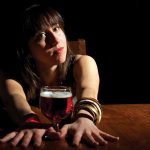