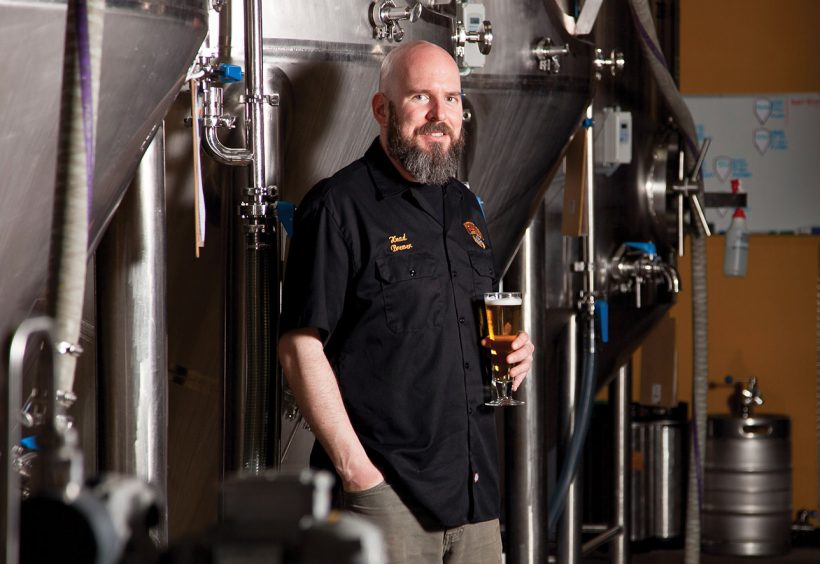 When Doug Hurst and his wife, Tracy, founded the Metropolitan Brewing Company, they wanted to bring something different to Chicago. They were deeply committed to operating an urban brewery, one that would both tap into Chicago’s brewing history and stand out in the market. They settled on German lagers—some traditional, some playfully Americanized, but always fresh, and always, always fermented cool. But there’s still one question they can’t escape: “Even now,” Doug says, “people will come in and ask when we’ll make an IPA. I tell them, when the wort freezes over.”

1. Don’t write; brew
Doug Hurst brewed his first batch of homebrew in college, as a way of getting out of a term paper. Hurst’s botany professor insisted that humans developed civilization because they needed to control grain production, because without control over grain production, there would be no beer. That first homebrew batch kicked off 20 years of homebrewing. When Hurst started brewing in 1989, the beer selection in Wisconsin ranged from Miller to Guinness, with little in between; homebrewing showed him everything from IPAs to Belgian Dubbels to Berliner Weisses, and eventually, it turned into a career.

2. Find the source
Every beer geek has a moment of epiphany, that first time when a beer grabs hold of their palate and won’t let go. Hurst’s came in a little music club in Madison, when he grabbed a Franziskaner Hefeweizen out of a fridge full of hard-to-find beers. “The wheat and the yeast in that beer, I’d never had anything like it,” he recalls. German styles stuck with him. A trip to Munich and Cologne showed him how flavorful and nuanced fresh lagers could be. “The beers there were so much better than the same beers when we get them here, and it’s because they’re fresh.”

3. You really should
“We should open a brewery.” It’s a line that gets tossed off at beer fests across the country. But when Hurst heard it, it stuck. “My friend went back to his day job,” he says, “and I kept thinking, open a brewery, open a brewery, what would that take?” Years of homebrewing taught Hurst how malt and hops played together. Getting his diploma in brewing technology from the Siebel Institute taught him how to run an industrial shop and replicate processes. The hard part was raising startup capital. “The angel investment groups aren’t interested in what we’re doing, so it’s friends and family, people who believe in you and what you’re doing. It’s a difficult pitch. It was one of the hardest things we had to do, and it took a long time.”

4. Reach back
Hurst and his wife, Tracy, knew they wanted to open an urban brewery, and they knew they needed to brew distinctive beers. Metropolitan stands out in a crowded craft beer market because the brewery is married to its hometown’s brewing culture. “Chicago was once a great brewing city,” Hurst says, “and the German immigrants who started breweries in the Midwest were brewing lagers. This was the home of lager brewing in the US.” Hurst wanted to connect with that history and give Chicago drinkers something they couldn’t get—fresh, local interpretations of the styles Hurst fell in love with in Germany.

5. Show them
It’s not easy running a lager-focused production brewery, and it’s not cheap, either. Lagers cost more to produce than ales do; Hurst can only brew half the volume as an ale brewer could on a comparable system, because he’s conditioning his beers for twice as long. The tradeoff is worth it, he says, “because I’m brewing something different, something I’m passionate about.” Metropolitan doesn’t brew any ales (Krankshaft Kolsch and Iron Works Alt are brewed with ale yeast, but the beers are fermented cooler than a typical ale before being lagered). “I want to prove a point, that lagers can be flavorful beers. I want to show the nuance, and show people that lagers can be just as flavorful as ales, with just as much variety.”

6. Go off-book
Perception is reality, so whether it’s true across the board or not, Hurst feels like many brewers don’t take the same creative liberties with lagers that they do with ales. That’s why he makes it a point to go off-script with some of his lager recipes—to show that it can, and should, be done. “America has developed its own brand of ales. Why does a Pilsner have to be brewed exactly to style? Why not try different malts, use American hops, and see where you can go?”

7. Tastes like home
Hurst calls his Flywheel a “Bright Lager,” which is a style that didn’t exist until he took the liberty to create it. It’s bigger than a Pilsner, but not quite a Dortmunder; it’s easiest to just call it a Chicago-style lager and have a few. The beer is golden in color, but has a beefier malt bill than a traditional Pilsner should. It’s also hopped with Nugget, Sterling, Mount Hood and Crystal hops, a combination that adds lemony citrus notes to the expected herbal and spicy hop profile. “Style guidelines are only a starting point,” Hurst insists. “Adding something else says something about who you are.”

8. Pay homage
That said, Metropolitan’s Krankshaft Kölsch stays true to style because Hurst wanted to share the beers that blew him away in Cologne. “The style doesn’t travel well, and it’s a nightmare for shelf life,” Hurst says. “Drinking that beer fresh, I realized how awesome it was, and I wanted to make a beer as authentically as I could to re-create that experience.” Hurst brews Krankshaft with a touch of wheat malt to round out the beer’s malt profile, and the Santiam hops ring in a touch spicier than their traditional German counterparts, but the beer remains a delicate homage to the brewing culture that shaped Metropolitan.

9. Ride a wave
When Metropolitan opened in early 2009, it was Chicago’s second production brewery, after Goose Island. A number of start-ups had launched during the 1990s, and they’d all fizzled. “There was some resistance because this was not a proven model,” Hurst says. Metropolitan helped prove the craft market’s strength, and a number of other outfits have followed, both in the city and in the suburbs, and the market is booming. “The number of good beer bars may have doubled since we started. More and more older establishments are taking craft beer in, realizing it’s something they’ll be able to sell. It’s amazing.” ■ 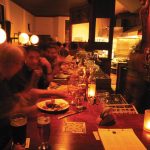 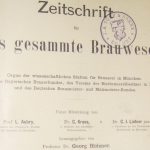