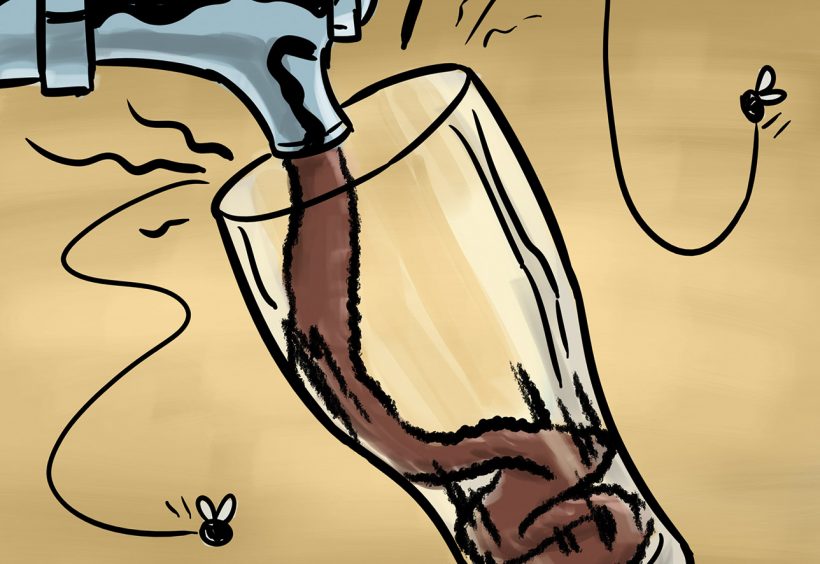 Craft beer promoters love their slogans. Slapped onto bumper stickers, T-shirts and koozies, they help define the narrative of the craft beer movement. Whether it’s a fabricated quote never uttered by a founding father, or a call to support your local brewery, such sloganeering is often harmless if not particularly clever. But there is one craft beer catchphrase that I wish disappeared entirely: No crap on tap.

This particular aphorism may be older than the original New Albion Ale, having appeared in countless advertisements and on bumper stickers, T-shirts and other schwag. I first recall seeing it on a bumper sticker at the Falling Rock Tap House in Denver during one of my first Great American Beer Festivals. I recall chuckling at it, all the while feeling a touch superior compared to the unenlightened folks drinking lesser lagers that night in the Mile High City. As I started to travel more, I noticed the slogan popping up in bars, taprooms and breweries around the country, from San Diego to Tampa.

As with a catchy summer pop song that grabs your attention from the first beats but whose omnipresence then drives you crazy, this slogan provokes a particularly negative response in me. At its core, the “No Crap on Tap” motto suggests that any non-craft beer is undrinkable garbage. Let’s not kid ourselves—the big brewers make beers of a consistent and technical quality that few if any craft brewers will ever attain.

I remember gasps of horror at one BeerAdvocate festival when a very well-respected brewer told panel attendees that the beer he most often drank after a long shift was Budweiser. He then politely attempted to disabuse audience members of their misconceptions of macro products as being of inferior quality. It remains one of my favorite moments from these events.

In the past year, I have heard people toss craft beer pioneers, such as Boston Beer Co. and Sierra Nevada, into the category of “crap” beers. Such incoherent mumblings, which I heard a few times during the recent Craft Brewers Conference, are the surest sign you’re dealing with either a crazy person or an insufferable beer nerd.

I loathe the clannish air of superiority that underlies such boasting. Craft brewers and the legions of bar owners, distributors, retailers and fans supporting them have achieved amazing things in the last 30 years. They have created a previously unknown beer and flavor culture in the United States that is now spreading throughout the world. They have built strong businesses, employed thousands of enthusiastic workers and rejuvenated a flagging beer industry set on rendering itself irrelevant.

With all of its successes, this nation of craft beer should not define itself through its larger corporate rivals. Craft beer is about more than simply presenting an alternative to the big brewers. In focusing on a negative proposition, craft brewers waste energy casting macrobeers as some sort of enemy. Craft beer is about more than the big guys. As its success grows, craft beer nation needs to stop pretending they aren’t major players themselves now.

My aversion to this slogan does not overlook the tough and sometimes questionable tactics employed by the big guys in competing against smaller craft players. Brewers should call out any business, whether macro or micro, for engaging in corrupt practices. But casting macrobeers as crap, shit or otherwise undrinkable is simply juvenile mudslinging.

It’s time for a new generation of craft beer slogans, focused on promoting the positive characteristics that the industry symbolizes. Or at least something more clever than rhyming crap and tap. ■ 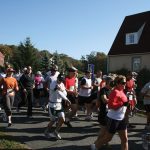 Previous: Lace Up Those Drinking Sneakers 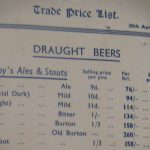