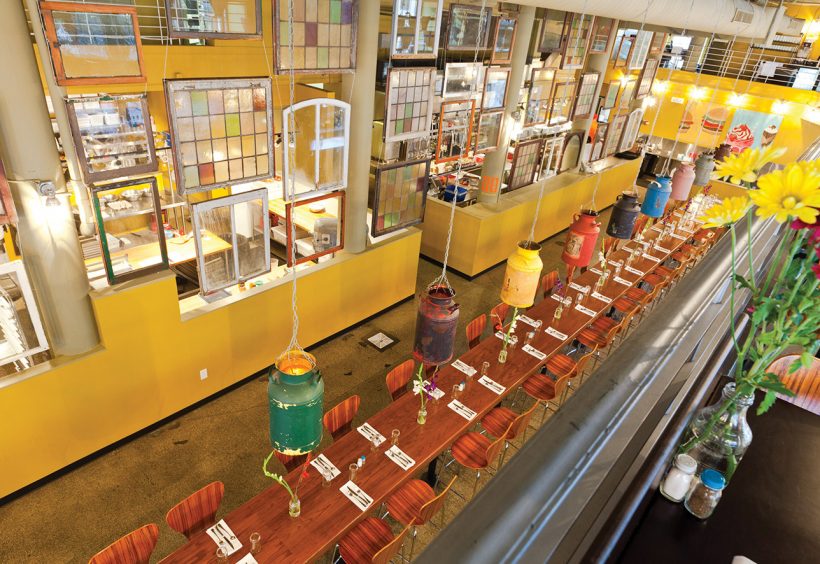 In a city that’s standing out from behind the shadow of a certain macrobrewing behemoth, places like Baileys’ Range are introducing locals and tourists alike to all their burgeoning craft-beer scene has to offer.

A burger-and-shake joint in downtown St. Louis, Baileys’ Range is the latest in an impressive line of restaurants helmed by David Bailey. (This is his fourth, following a gastropub, a chocolate bar and a brunch spot.) Playfully and colorfully designed with long, communal tables and an expansive bar, it’s a delightful oasis that’s just a short walk from a myriad of attractions, including Busch Stadium.

Bailey was sick of seeing good food only served at fancy-pants establishments. “Long story short, grass-fed beef is what I eat and what I feed my family,” Bailey says. “So it’s what I want to feed my guests. What’s the best way to bring grass-fed beef to my city? The quintessential American comfort food—burgers. And then, of course, we had to do everything else from scratch as well.”

This homemade mindset extends to the beer, as well: 29 of their 30 taps are dedicated to thrilling St. Louis-area microbrews such as 2nd Shift, Four Hands, Perennial, Civil Life and Urban Chestnut. “We apply the same standard to the beers we bring in,” Bailey’s brother and bar manager, Gene, says. “We have a good relationship with all of the breweries and brewers. We really respect what they do and are proud to carry their product. Before we opened, a lot of people thought 30 draft handles with 29 local at all times was a little too ambitious. As it turns out, we’ve had at least 120 different local brews pour through our draft system. We stand behind all of them.”

“It’s exciting bringing in colleagues and friends who are not as familiar with varieties of beer and showing them the ropes,” regular Jim O’Brien says. “It’s hard to believe, with so many microbrews in the area, that people still think beer only comes in a few flavors.” ■ 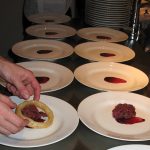 Previous: How to Host a Beer Dinner 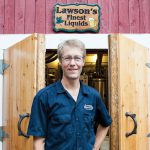