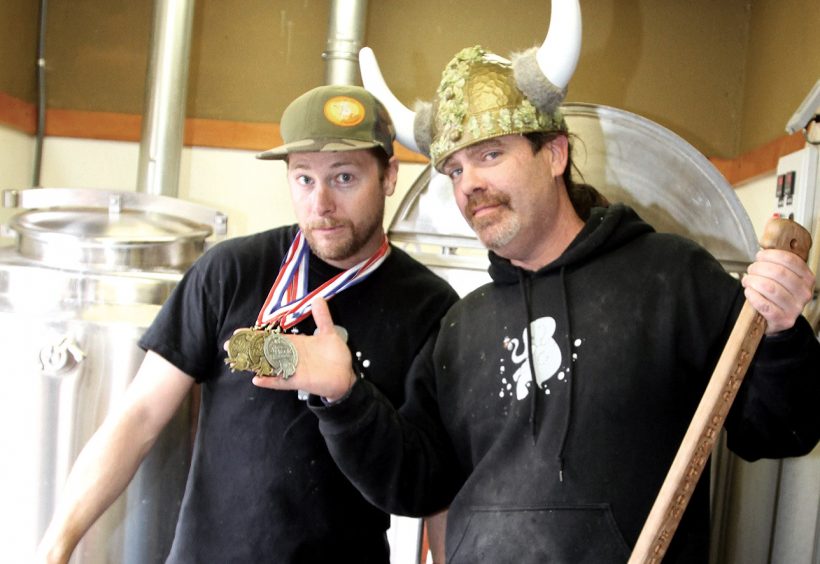 There aren’t too many places in Wyoming like Thai Me Up—the cozy, dimly lit Jackson Hole, Wyo., brewpub that pairs West Coast IPAs with Thai food and two big-screen televisions featuring kung fu flicks. Actually, never mind Wyoming; there aren’t too many places like Thai Me Up anywhere. Now, with three Great American Beer Festival medals in his back pocket, owner and founder Jeremy Tofte has the hardware to prove what he’s known all along: There’s something special about the quirky little brewery.

Gold Standard
Thai Me Up’s brewer, Kirk McHale, is no stranger to winning at the GABF. As a former brewer at Pizza Port’s Carlsbad and San Clemente locations, he had his fair share of success at the annual festival. But 2012 marked a new experience for him and his brewery, as Thai Me Up claimed the coveted Alpha King award (a public competition of highly hopped IPAs) to go along with two golds and a silver medal. The recognition was enough of a surprise that Tofte, who was in town for the celebration, wasn’t even around to hear the announcement.

“We were supposed to be at the Alpha King, but we got caught at a dance club and lost track of time,” Tofte says. “We got a text from Mark Silver at Barley Brown’s that said, ‘You just won the fucking Alpha King.’ When I got out of the club I was like, Oh, sure we did. We went to another bar and heard people talking about it and whatnot, and thought maybe we should go over there and check it out. That was really cool, winning that. It’s a wonderful crowd that Kirk’s in with right there.”

That was just the beginning of the celebration. The next day saw Thai Me Up called to the podium three times—first, for Ch-Ch-Ch-Ch-Cherry Bomb, a fruit beer that McHale had been perfecting for years. “I tried for 13 years to beat New Glarus and I finally beat them,” McHale says. “I do it differently, but I finally figured it out. There are so many cherries, it’s ridiculous. In one batch of beer, there’s almost 300 pounds.”

Then, Thai Me Up was brought to the stage again, when Melvin IPA—a beer so popular at the pub that Tofte sometimes leaves it off the tap list so that there’s enough for the locals—took gold in the Strong Pale Ale Category. “We were hanging out in the back with all the guys from Texas for some reason,” Tofte says. “When they announced us, the Snake River guys were back by us, and they jumped up the same time we jumped up and started waving the Wyoming flag. We went down there and high-fived all the guys and hugged it out. We told each other no hugs, but it happened.”

By the time he was called again for the 2×4 Double IPA, Tofte says he was beginning to understand “what Pizza Port must feel like,” and that his neck was getting sore from carrying all those heavy medals. He later learned from veteran award-winners at Bear Republic that the trick is to keep the hardware in his pockets—that way he will have the added pleasure of showing them off once more when he takes them out one-by-one at the airport for the flight home.

Good Friends Make Good Beer
“The only reason I came out here is because I’m really good friends with Jeremy,” McHale says. Indeed, the duo first met about a decade ago through mutual friend Adam Carruth of San Diego’s Carruth Cellars. Tofte had tried to pry McHale away from Pizza Port, but had to wait until the California brewer decided that it was time for a change of scenery.

When he came out, he helped change the brewery in big ways—starting with an upgrade to the brewing system from the half-barrel system that Tofte started with, to the current 3-barrel system McHale installed. McHale also brought along his West Coast style.

“I think we changed the whole beer scene in Wyoming is what we did,” McHale says. “They weren’t used to hops. … I really love Snake River, but they were used to lagers and double bocks, and so on and so forth. We brought the IPA’s up here and the cherry beer, and our crazy strong beers. We just decided to go in a different direction.”

Snake River Brewery (Wyoming’s best-known brewery) sits just 12 miles down the road from Thai Me Up, which comes up a lot. But as the celebrations at GABF showed, there is nothing but love between the breweries. Tofte and McHale don’t try to emulate what Snake River does, and never had any intentions of doing so.

Although Tofte had originally wanted to open a small production brewery, the city was against it and few investors were willing to take a chance on a 25-year-old homebrewer. Instead, he found his own way into the industry. “As a joke, on my 20-gallon homebrew system, I decided I’m going to apply for my federal license to see what happened,” Tofte says. “They gave me a federal license, and the state gave me a license, and the city had no choice but to give me a license. Maybe they just grew up a little bit, but they thought how bad could it hurt our reputation in this little cowboy town, Jackson Hole.”

Ain’t Nothin’ to f* With
When asked to describe his approach to beer, McHale sums it up in two words: “West Coast.” He readily admits to wanting to brew like Russian River Company’s Vinnie Cilurzo, but says that his real influences come from Staten Island. “The Wu Tang Clan rules my syle,” McHale says. And he means it—the East Coast group is often blaring over the speakers when he brews.

That’s not a problem for Tofte, who has been nothing short of amazed by his friend’s brewing skills. Tofte calls himself the “backseat brewer,” because he’s always adding his input on new ideas and finished products, but rarely has the time to put in all the work. He leaves that to McHale, who has helped shift the perception of what good beer can be in Wyoming.

“Snake River is really good, and we don’t mess around with the German and English beer because those guys can do that over there,” Tofte says. “For our first Belgian IPA, we came in in the morning and said, What can we do? What should we do? Well, we have this Belgian yeast over here, let’s make a Belgian IPA. And Kirk is just a master, everything he does comes out awesome. Not only can I remember a beer that we’ve had to throw out, I can’t remember a beer that hasn’t been mouthwatering incredible.”

The brewhouse is small, but Tofte doesn’t worry about running out of beer because he always has guest taps, and most of his beers are big (usually above 8-percent ABV); big enough that customers don’t need to quaff back seven or eight pints to get a feel for the place. Thai Me Up isn’t like any other place. It is what it is—and that’s just the way they like it.

What’s On Tap
2×4: Double IPA that, according to brewer Kirk McHale, is a “really light Double IPA, which has secret stuff that I do to keep it super light.” 10% ABV
Oats M’Goats: Oatmeal Stout brewed with 25 pounds of oats. 6.5% ABV
Mayhem: A honey ale brewed with 30 pounds of honey. 5% ABV
Homie’s Hop Attack: Very hoppy and named after the “bearded bar bear.” 7.5% ABV
Johnny Ryeale: A Rye Ale brewed with Calypso, P.G. and Warrior hops. 7.19% ABV
Melvin IPA: Gold-medal winner at the 2012 GABF for American Strong Ale, made with five types of hops. 7.5% ABV
Ch-Ch-Ch-Ch-Cherry Bomb: A fruit beer that earned a silver medal at GABF. 8% ABV
Colossal IPA: A classic West Coast-style IPA loaded with hops. 8% ABV

What He Said
“When we won the cherry beer, I called [brewer Kirk McHale] up inside the theater and said, ‘Kirk, congratulations, you just won the wine cooler category,’ and hung up on him before he could call me a name.” – Owner Jeremy Tofte on winning at GABF ■ 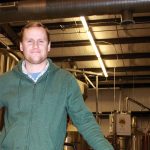 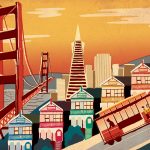